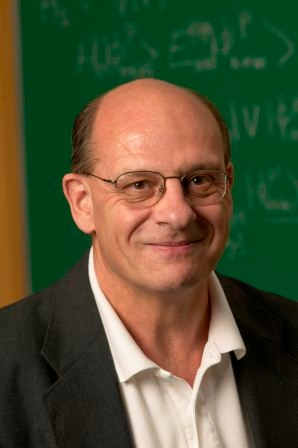 Mark D. Havey, professor and Eminent Scholar in the Department of Physics at Old Dominion University died on July 19. He was 68.

"We are shocked and saddened by the sudden and untimely loss of our friend and colleague," department chair Charles Sukenik said. "His numerous contributions to the ODU Physics Department, and to the field of atomic, molecular and optical physics, for close to 40 years cannot be overstated."

"We are so sad to learn of Mark's passing," said Gail Dodge, dean of the College of Sciences. "He was extraordinarily kind to me when I joined the Department of Physics years ago, and he served as a mentor to me over the years."

Havey was promoted to full professor in 1991 and named Eminent Scholar in 1998. That same year, he was elected to Fellowship in the American Physical Society (APS), aprogram created to recognize members who have made advances in physics through original research and publication or have made significant innovative contributions in the application of physics to science and technology.

Havey was selected as the Arfken Scholar in Residence at Miami University in Oxford, Ohio, in 2005 and later named an Arfken Lecturer at Miami in 2011. Only distinguished physicists are invited to participate in this weeklong residency program.

Havey received numerous awards at ODU, including the ODU Research Award and the Gene W. Hirshfeld Award for Teaching in 1992, as well as the "University Professor" designation and the College of Sciences Teaching Award in 2012.

Monarch pride exuded in his efforts to recruit students. Most recently, Havey was the longstanding chair of the graduate admissions committee, an endeavor critical to ensuring a successful departmental research enterprise. He worked tirelessly with this committee to evaluate and select the best applicants to ODU's graduate program.

"Mark also leaves behind a legacy of exceptional and innovative teaching that set the standard for physics instruction within the department," Sukenik said.

Havey taught across the physics spectrum, from the 100 introductory level to the 800 advanced graduate level. He was especially well-known for his innovative approaches to teaching, and students were enthusiastic about taking his courses.

Under his supervision, 14 students earned a Ph.D. and nearly 20 earned a Master of Science degree. He also helped numerous undergraduates with senior thesis projects.

Havey's research interests evolved over his career. His early research focused on using lasers to study the structure of molecules. This was followed by precision studies of atoms to measure important physical quantities. Most recently, his research involved the investigation of light scattering in extremely cold gases to better understand how laser light interacts with low-temperature atoms.

Encompassing both experimental and theoretical study, and often conducted with national or international collaborators, Havey'sresearch yielded more than 90 referred publications and nearly 70 conference presentations. His virtually continuous career funding came mainly from the National Science Foundation, though he also received support from the Research Corporation, the Civilian Research and Development Foundation, the American Physical Society and NATO. His cumulative external funding was in excess of $3.2 million.

"Mark was an extraordinary teacher. I often heard from students about how much they appreciated his skill in conveying complicated concepts," Dodge said. "He will be sorely missed."

Havey leaves behind his wife Keitha and daughter Becky.

A memorial will be held at a later date when a service can safely be held.