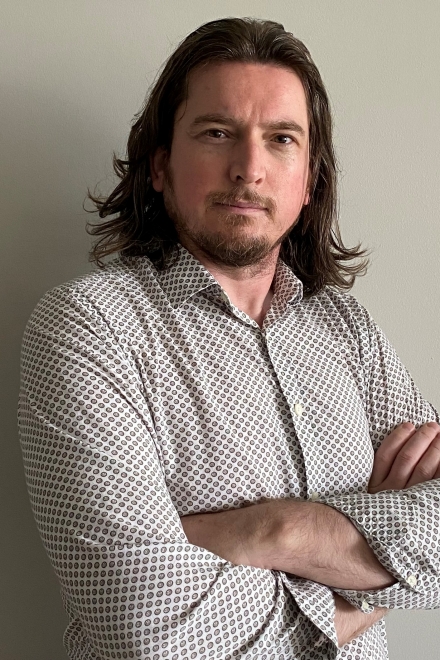 He received a bachelor of science in 2001, a master of science degree in 2004, and a doctoral degree in electronics and telecommunications engineering in 2010 at Kocaeli University in Turkey . He worked as a global network product support engineer at the Nortel Networks in Turkey from 2005 to 2006.

In 2006, he worked as a senior researcher at the Energy Institute of Tubitak Mam (Scientific and Technological Research Council of Turkey, The Marmara Research Center). Before joining ODU, he worked as a Research Assistant Professor at Virginia Tech's Advanced Research Institute.

Math and science subjects influenced his interests in engineering. He knew in high school that technology was an excellent career pathway. Growing up in Turkey, owning electronic appliances is considered as a luxury. He remembered as a child how fascinated he was with machines, cars, and electronics. One particular household appliance that caught his interest was the electric washing machines because of its mechanics and dynamics. Kuzlu said, "I remember watching for hours the washing machine how each part moves in synchronicity and its speed for the clothes to move through each cycle. Washing clothes becomes efficient in minutes compared to hand washing a ton of clothes for hours. "

Kuzlu said, "Electrical engineering is one of the most promising fields. It covers a wide range of sub-fields, including electronics, telecommunication, digital computers, automation control, power engineering, and more. This field solves the most impactful problems in the world, such as clean and renewable energy (solar, wind), security, communication, and early cancer detection. It simplifies our lives and provides practical solutions in many ways (e.g., smart cars, smartphones, the Internet, smart appliances)." He believes his motivation for pursuing a career in electrical engineering brings about rewards and innovation. The technology and innovation present practical, diverse energy-saving solutions to worldwide problems, contributing to make the world a better place.