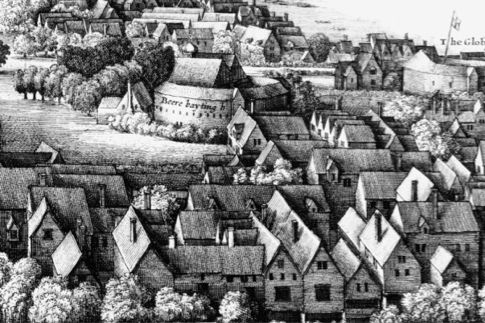 April 2016 will mark the 400th death anniversary of William Shakespeare. Shakespeare remains an unshakeable presence today, deployed in the rhetoric of global politics as well as in the common language of ordinary people in everyday life. Communities across the US, Europe, and elsewhere, are organizing cultural events around this date.

Shakespeare's world is indelibly etched in the historically rich area of south-eastern Virginia. For this occasion Old Dominion University in Norfolk, Virginia has organized a week-long campus-wide, city-wide, multi-faceted event on the idea of "Shakespeare 400 Years After." The object of the event would be to host a rich exploration of the varied contradictory meanings of a pervasive cultural icon in the material practices of contemporary life.

Included in the event would be several kinds of activities:

What does William Shakespeare mean to us today, and what traces of his thinking can still be seen in our lives? In the context of a week-long, multi-faceted investigation of Shakespeare’s continued presence in our cultural landscape, this three-day conference will probe contemporary manifestations of the Bard.