Delegation from Ukraine and Poland Visits ODU as Part of Trip to Study U.S. Methods for Treating Mental Trauma 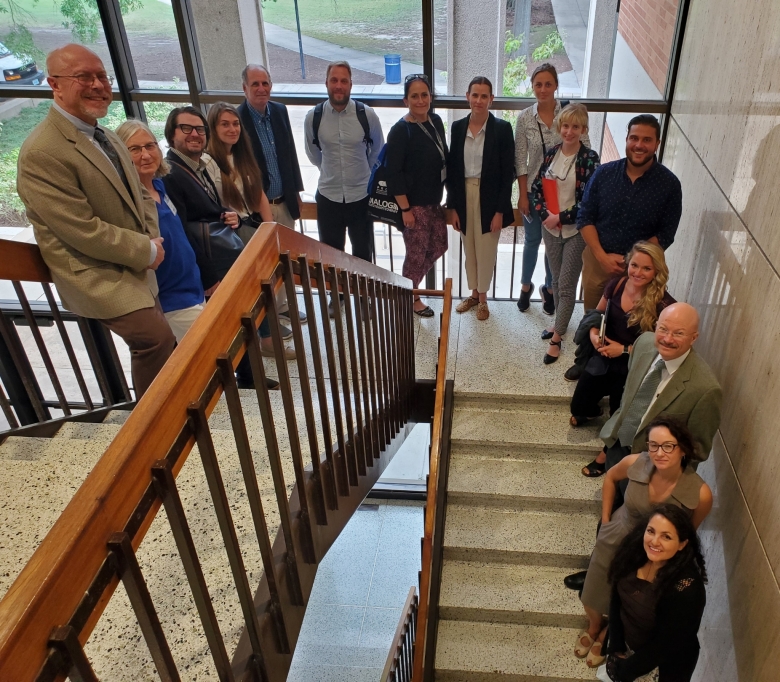 Old Dominion University's Graduate School, along with the Departments of Psychology and Counseling and Human Services, recently hosted a delegation of Ukrainian and Polish psychologists, counselors and social workers studying American approaches to treating patient trauma.

The campus visit, which was facilitated by Norfolk Sister Cities Association, was part of a nine-day trip to Norfolk that was coordinated by the Open World Program of the Congressional Office for International Leadership (formerly known as the Open World Leadership Center). Delegation members stayed at the homes of local residents.

In Norfolk, the delegates collaborated on best practices for the treatment of trauma, anxiety and PTSD in the Ukrainian refugee population of women and children. In addition to meeting with experts from ODU, the delegates met with the Norfolk Community Services Board and Department of Health & Human Services and related departments at Norfolk Public Schools, Norfolk State University, the Children's Hospital of The King's Daughters, Eastern Virginia Medical School, the Veterans Administration in Hampton and the YWCA.

"I was moved by how the Polish and Ukrainian helpers were so earnest in their desire to find skills to help Ukrainian refugees and others," said Ed Neukrug, Batten Endowed Chair of Counseling and chair of the Department of Counseling and Human Services at ODU. "They reminded me of the tragedy of war and the importance of helping those who have experienced trauma from war."

"The faculty of the Department of Psychology look forward to continuing the dialogue with our colleagues in Poland who are serving refugees from Ukraine displaced by the war," department Chair George Noell added. "Their work to help people traumatized by the war is profoundly important."

The Norfolk Sister City Association, which was founded in 1976, is a nonprofit, civic organization that coordinates activities between the city and its international sister cities and seeks to involve a broad spectrum of the local community in citizen diplomacy.

The Congressional Office for International Leadership, which was founded in 1999, maintains a network of more than 30,000 alumni in strategic countries including Russia, Ukraine, and others in the Balkans, Caucasus, Central Asia and Eastern Europe. Its Open World program supports legislative diplomacy efforts for members of Congress by conducting exchanges that establish communication and enduring relations that are maintained through its alumni network. Program participants gain knowledge about Congress, American politics, accountable governance and volunteerism while being hosted by American families. 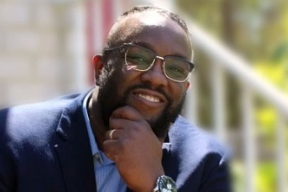 Christopher Animashaun and Nathan Holland are doctoral candidates in the University's Center for Bioelectronics. (More) 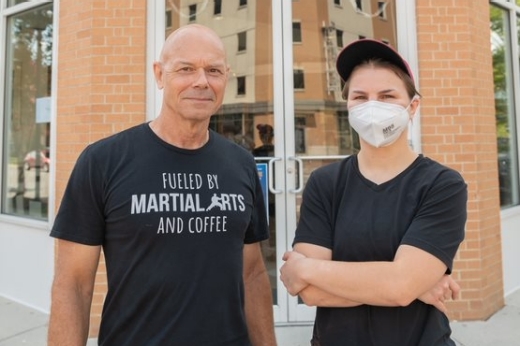 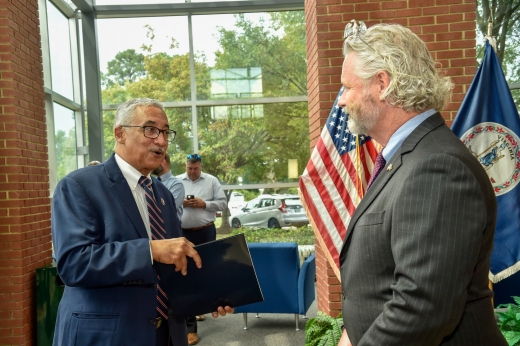