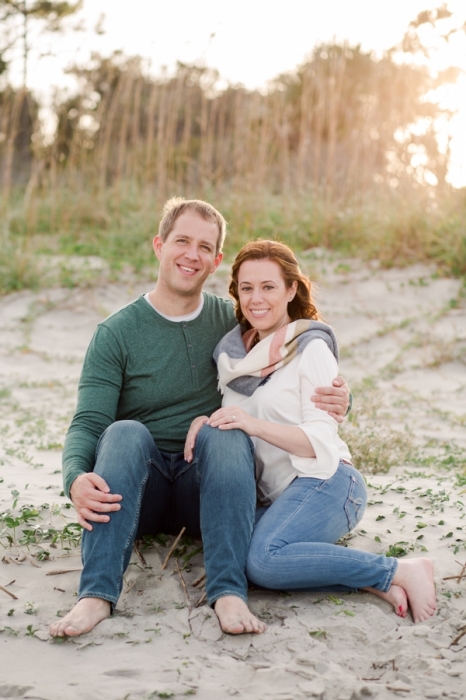 Lauren Urey, shown in an engagement photo with her husband Matt, survived a volcano eruption while honeymooning in New Zealand. Despite the life-altering event, she only took off one semester from pursuing her degree at ODU.

Even after a life-altering experience at a volcano in New Zealand, Lauren Urey is graduating in May with her bachelor's degree in medical laboratory science.

Urey is a nontraditional student living in Richmond. She completed her bachelor's degree in marketing at Radford University, but after she was laid off in 2010 during the Great Recession, she questioned what her calling might be. She decided to pursue an associate's degree in medical laboratory technology from J. Sargeant Reynolds Community College. She worked full-time while going to school and was offered a job right after graduation.

After taking one semester off, Urey applied to ODUOnline after two colleagues highly recommended the medical laboratory science degree completion program, which she began in the fall of 2019.

"I really love what I do and didn't know this job even existed before I went back to school," she said.

Urey and her husband, Matt, were married on Oct. 18, 2019. She took her final instrumentation class exam early, and they left for their honeymoon the day after Thanksgiving. They started in Australia, then went on a Royal Caribbean cruise, making several stops in New Zealand. Their Dec. 9 excursion changed their lives forever.

The day started with a breathtaking hike to the top of a volcano on White Island. But as they began their descent, they heard their tour guide yell, "Everyone run!"

"We looked behind us and saw huge plumes of smoke, and we just started running. We hid behind a boulder and held hands," Urey said. "The volcano was sending hot rocks and ash and we thought for sure we weren't going to make it. It felt like we were getting buried alive by rocks."

After a few minutes that felt much longer, they realized no one was coming to rescue them. They were both badly burned and struggled to walk to the shore.

"A good Samaritan helped us onto his boat. He cleaned my wounds," she said. Urey and more than a dozen others crowded onto the only waiting boat. "I was in and out of consciousness on the hour-and-a-half boat ride to the hospital. My husband didn't know if I was going to make it."

Urey's mother flew to Auckland as soon as she could. When Urey awoke from her coma, her mother shared how her colleagues across the world were following her progress. The volcano eruption had become international news.

"One of the first things my mom said when I woke up from the coma was, 'Your teachers at ODU are so sweet.' She had been in touch with Dr. (Barbara) Kraj."

"We wanted to make sure that Lauren's ODU email was not flooded by reminders of tuition deadlines or any administrative issues resulting from her absence, which would have been insensitive," said Kraj, program director and associate professor for the school of medical diagnostic and translational sciences.

Kraj worked with administrators to assure Lauren's family that she would be supported when or if she chose to continue her degree. "We wanted her to know we missed her. The Medical Laboratory Science Student Association also organized a care fundraiser to help with some of the financial burden of the tragedy."

Urey struggled with depression after waking from the coma, and it took a couple months to regain her independence. In an instant, her plans changed.

"The day of the eruption was the day I found out I would be on day shift at work," she said. It was an exciting change for the couple. "We wanted to have kids and were so excited about the future."

She didn't see her husband again until Feb. 1 at the hospital at Virginia Commonwealth University. She was self-conscious because her hair had been shaved and she was badly scarred by burns on her face and neck. Communication was challenging - even texting was difficult because her hands were burned. Her husband was also badly burned and had spent 11 days in a medically induced coma. Their reunion was full of mixed emotions.

"He was a runner beforehand and now struggles to run a mile because of the skin grafts," Urey said. "We are each other's support systems."

Through it all, she only took off one semester, picking up three classes again in May 2020.

"Dr. Kraj is an inspiration, and she is why I came back so soon. I'm very lucky to have her as an advisor. (Senior Lecturer) Ellie Leuthy has been really encouraging and sweet, too," she said. "I realized everything was there for me and they were my cheerleaders. I really just wanted to get back to it. It hasn't been easy, but I wanted to do it."

She was determined to complete her program and worked to overcome obstacles creatively. To work around monthly hand surgeries at Johns Hopkins Hospital in Baltimore, she completed assignments in advance.

"I don't like asking for special treatment because of what happened to me," Urey said. "I don't want anyone to look at me and my burns and think they should treat me differently. I did it to prove that just because you went through something horrific, you can still do all the things you did before the accident."

Urey's teachers were amazed by her tenacity. In summer 2020, she enrolled in challenging coursework, including blood bank competencies, medical bacteriology and survey of clinical molecular techniques.

"She later admitted to me that perhaps this was too much, but she successfully passed all three courses with good grades," Kraj said. "She even attempted the optional extra credit, which showed me that she was really going above and beyond."

For her perseverance and drive, Urey was awarded one of the inaugural scholarships funded by the Commonwealth Transfusion Foundation, which emphasized that, aside from traditional students, they also wanted to support medical laboratory technicians pursuing the Bachelor of Science degrees in MLS through degree-completion programs.

"There's something special about ODU. You just get the feel of comfort, family ... and of course the great education," she said.

In addition to her teachers, her family and husband have been her biggest supporters, Urey said. They'll carry the memories of that experience - both physical and emotional - forever.

"Twenty-two people died that day, and I think about them all the time. I remember those people - we all spent time together," she said. "My heart goes out to their family and friends, and we keep in touch with some of the other survivors."

More than a dozen other people survived with life-altering burns.

After she completes her degree and surgeries, she will be ready for the next steps in her career. She believes having her bachelor's degree in medical laboratory sciences will open more doors, and she already has a job lined up. The Ureys still want to have children, but plan to wait until she fully recovers.

"We want a very uneventful rest of our lives," she said. "No crazy vacations. Just want to spend time with our family." 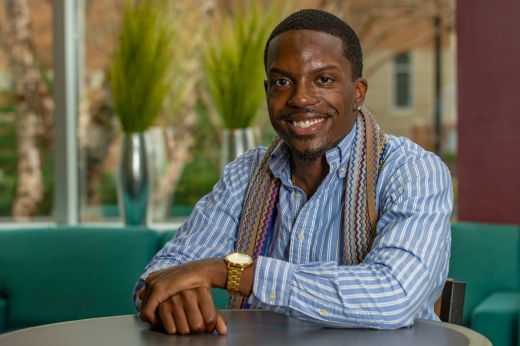 The human services major is working to help others in foster care follow his path. (More) 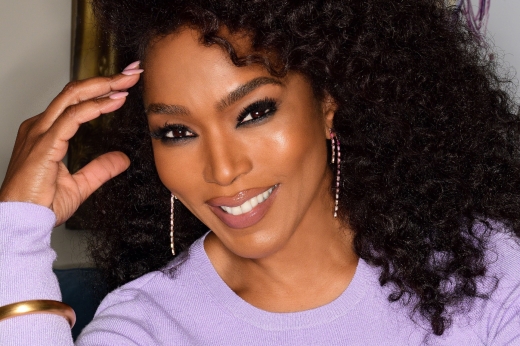 She will be one of four speakers at the ceremonies, which are scheduled for May 6 and 7 at Chartway Arena. (More) 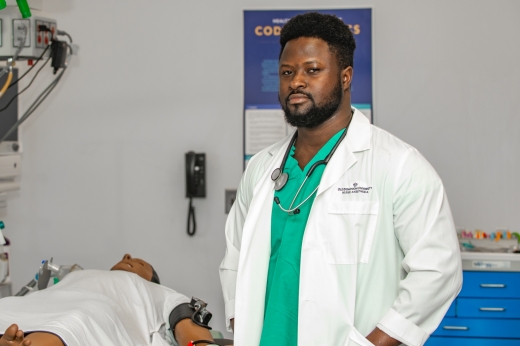