On ODU's Campus, a Quiet Reminder of Past Times and Quarantine 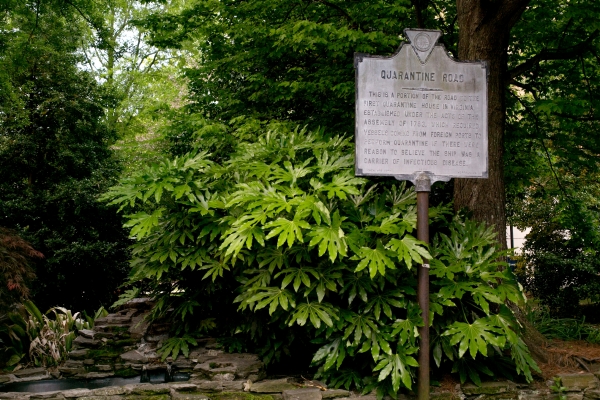 The marker noting Quarantine Road is located behind Webb Center. 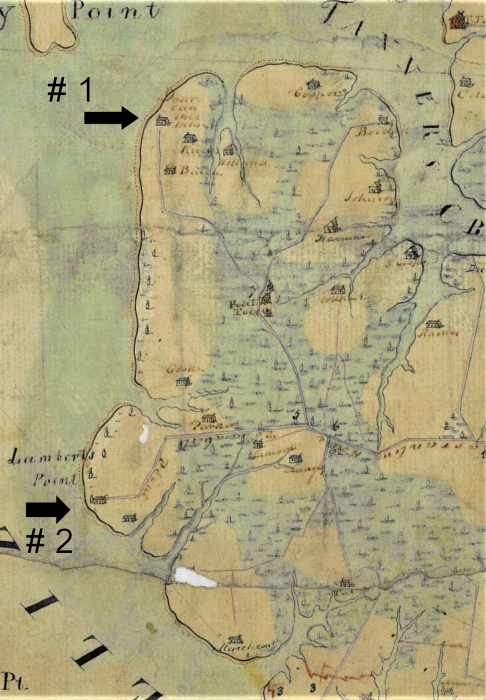 "Map of the County Contiguous to Norfolk (circa 1812),” from the National Archives, shows the locations of the Quarantine House, #1, and the Quarantine Station, #2.

Much has been written about the 1855 yellow fever epidemic that killed at least an estimated 3,000 people in Norfolk and Portsmouth. That number is probably too low because the deaths of the poor were rarely recorded.

Norfolk had two quarantine houses during the epidemic: one off Lambert's Point near the coal piers that was an office of sorts, and another on what today is Eleanor Court in Larchmont where the sick were detained. The Quarantine Road also cut through land that eventually became part of Old Dominion University's campus. That is why the Norfolk Historical Society placed a marker behind Webb Center in 1969 denoting the history of the city and quarantine. Crushed seashells line the way to remind us of the historical significance of the site.

Quarantine is a tried and true method of social distancing, practiced long before medical science was defined by germ theory. It is mentioned in ancient texts, including the Bible. But in the Western experience it became common practice in the late Middle Ages to stop the spread of bubonic plague. We get the word "quarantine" from the Italian word for 40, quaranta. Typically, the quarantine period lasted forty days and forty nights.

Norfolk used quarantine posts between 1783 and 1862, although earlier attempts at quarantine probably occurred and later use was tied to federal government involvement. City leaders feared in particular cholera, smallpox and yellow fever. Since Norfolk was a regular stopover for ships leaving the West Indies on their way to New York and because yellow fever outbreaks were common in the Caribbean, vessels coming from that direction were often quarantined if there was reason to believe the ship and crew had been exposed.

Epidemic disaster was known to destroy urban economies and to be avoided at all costs. An editorial in The Norfolk and Portsmouth Herald stated on Feb. 25, 1853, "Let sickness prevail within the limits of the city to a degree to excite alarm abroad and our storekeepers may almost as well close their doors."

Quarantine did not prevent yellow fever outbreaks from wreaking havoc on the city numerous times during the 19th century, but the 1855 epidemic was the worst and led to the near economic ruin of a city further challenged shortly thereafter by the Civil War.

The 1812 map included above shows the sites of both the Quarantine Station (#2) for ships off Lambert's Point and the isolated Quarantine House (#1) near Tanner's Creek, now known as the Lafayette River. Land-sale notices in local papers from the early 19th century indicate the area around the Quarantine House included apple and peach orchards and excellent fishing off the shore. Even so, no one wanted to end up in quarantine and conditions were likely appalling.

One story stated that a Scotsman who owned a farm near what is today Larchmont Elementary School used giant clubs on officers to prevent them from placing his recently arrived children in quarantine. In reality, the wealthy often escaped quarantine, while poor immigrants, sailors and likely some slaves and free blacks did not. Failing to abide by quarantine guidelines, however, is what led to the 1855 yellow fever disaster when the captain of the Benjamin Franklin, a ship recently arrived from St. Thomas, lied to quarantine officers then emptied his bilge against regulations, unleashing the deadly mosquitoes that transmit the disease.

When encountering disease, 19th-century people were not much different from Americans today. Many asserted that quarantine compromised their rights and that should be able to choose whether to obey quarantine officers. Diseases and scapegoating are linked now just as they were then. While some people have blamed COVID-19 on the Chinese, for example, many doctors in Norfolk in 1855 placed the blame for yellow fever on the Irish who lived downtown on the impoverished streets where the disease first appeared. Today wealthier people have access to health insurance that covers medical expenses; in the past the wealthy most often had the means to flee disease-filled cities, while the poor were abandoned to an awful fate. In the case of Norfolk, many of those citizens who fled for urban centers further north never returned - taking their business interests and money with them.

Disease outbreaks also reveal the interconnected nature of communities. Many Norfolk and Portsmouth citizens became reliant on slaves and free blacks to care for them. People of African descent had some immunity to yellow fever and experienced only mild cases if they contracted the disease. Stories exist of slaves who refused to abandon their owners during the crisis when the sheer chaos made escape possible. Some even remained with orphaned white children after the parents died. The African American contribution to health care and other vital services during the yellow fever outbreak is a critical part of the narrative.

Standing on an empty campus on what is left of Quarantine Road today, one might shudder to think of quarantine in the past. Even so, the most important lesson learned here in the context of yellow fever is what happens when quarantine is disregarded. Perhaps our local history can teach us patience as we continue deal with this pandemic.

Annette Finley-Croswhite is also the director of the Center for Faculty Development at ODU. 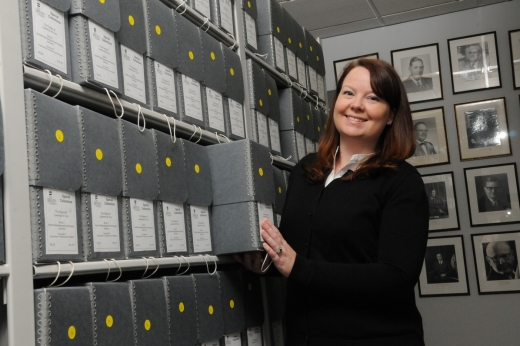 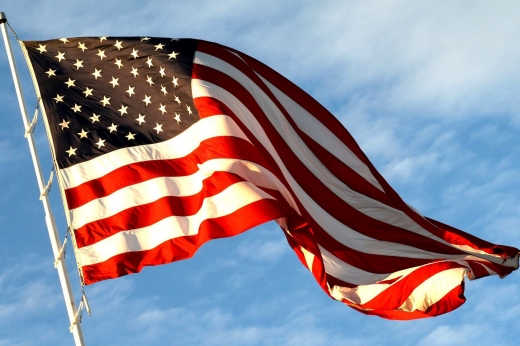 The flags will be lowered from sunrise to sunset on May 15. (More) 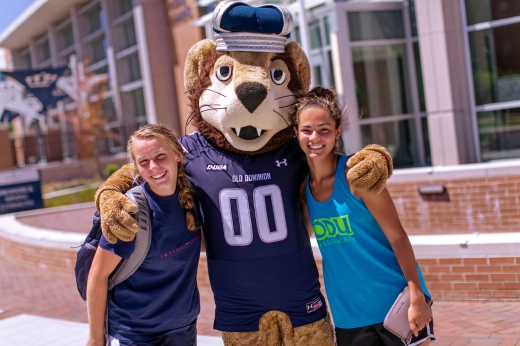 Nearly every part of campus benefits from gifts made to the campaign. (More)