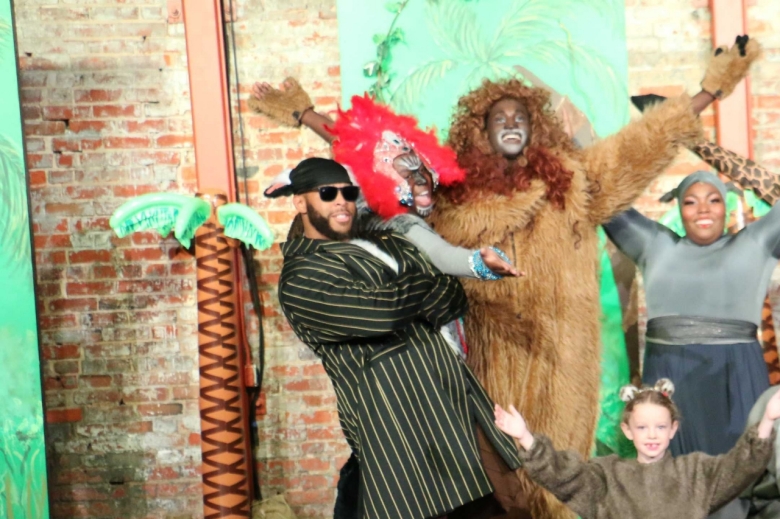 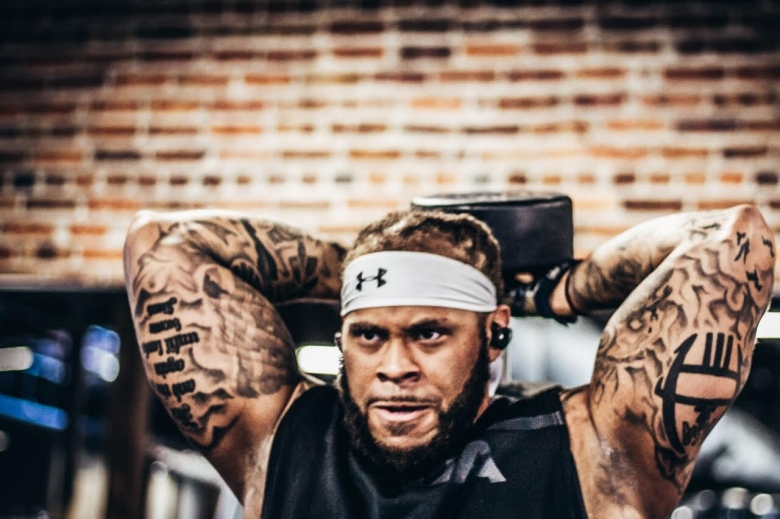 Gary Scruggs is a beast in the gym. 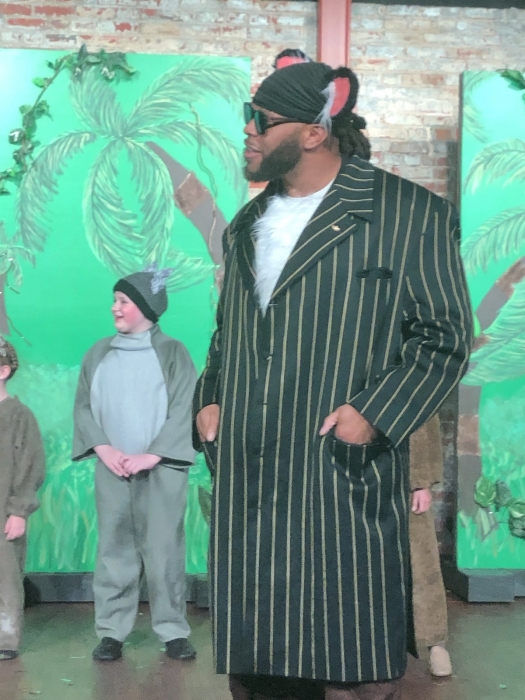 Gary Scruggs played the role of Maurice in Madagascar

Gary Scruggs is a beast. The former Old Dominion University football player has massive arms covered with tattoos, dreadlocks down to his shoulders and a menacing look when he's attacking 200-pound barbells.

So imagine what a casting crew from the Hurrah Players, a prominent local theatre company with many child actors, thought when the 28-year-old Scruggs walked in to try out for a play?

"Our mouths dropped open because of his size," said Dianna Swenson, a Hurrah musical director and an Old Dominion University graduate. "We tried to figure out, 'Who is this guy walking through the door and why is he here?'"

They soon learned Scruggs is a kind, sensitive guy with a caring heart, and that he was as nervous as a tick.

"I thought, 'My goodness, this man is so brave because you could tell he was utterly terrified,'" said Isabelle Orosco, a high school senior from North Carolina who is one of Hurrah's student directors.

Scruggs had no formal training in acting and had never performed on stage. He also had no training in singing or dancing. Yet he landed a part in the musical "Madagascar" - three parts in fact - and wowed the audience.

"I asked him on the first day of rehearsal, 'Do you sing a lot, do you act and dance?' " Swenson said. "He told me this is his first musical and 'I have no limits.'

"I said, 'You have no limits? Then you can you help me move the piano.'"

After the play, he had proper photos made by Taz Digital Photos to send to casting agencies. With those pictures, and some experience on his resume, he got a call back.

He landed a role as client in a few scenes on the new NBC show "Bluff City Law." He got the call on a Monday drove 14 hours to Memphis for the shoot the following day. Mingling with actors, including Jimmy Smits, who plays an attorney with a law firm that specializes in controversial civil rights cases, left him awestruck.

"It was a surreal experience," Scruggs said.

Scruggs never thought he would be a college graduate while growing up in a lower midldle class neighborhood in Glassboro, N.J. Raised by a single mom who worked two jobs, it wasn't until he began playing football in high school that he realized college was a possibility.

"Football was my ticket out," he said.

He went to ASA College in New York City, a junior college, then transferred to ODU. He he played two seasons with the Monarchs and graduated in 2015 with a criminal justice degree.

ODU excels in graduating students from economically disadvantaged backgrounds. Scruggs took advantage of the programs ODU offers, including the Student Performance Center, where he received counseling and mentoring.

"I was the first in my family to graduate from college," he said.

Scruggs got a job as a juvenile counselor for city of Virginia Beach and works with troubled kids, trying to blend them back into the community.

"I want to help them grow as people," he said.

As satisfying as the his can be, he realized it's not enough.

Scruggs had dreamed as a child of becoming an actor but the money, and opportunity, were never there.

He memorized scripts and read them to his mother and brother. He pretended to be characters around his family, who said they were amazed by his ability to imitate people.

So when he was comfortable enough financially, "I decided, what the heck, why not go for it."

He began sending photos with a resume to casting agencies but heard nothing back.

Realizing he needed experience, he began looking online for local acting jobs. That's where he found the Hurrah Players.

The Hurrah Players was founded 37 years ago by Hugh Copeland, a long-time adjunct ODU faculty member who has worked with child actors in Norfolk for more than four decades. Copeland began Hurrah Players with nine kids in the old Riverview Theatre and grew it into one of the region's largest and finest performing troupes.

Hurrah, pronounced "Hugh Rah" in honor of Copeland, has sent more than a dozen actors to Broadway. They have performed in "The Wiz," "Dreamgirls" and "Glee." Hurrah alumus Adrienne Warren became the first black Annie in 1997.

Copeland is a kind but stern taskmaster, who demands hard work but also showers his actors with kindness.

Copeland embraced Scruggs from the start. Scruggs helped Copeland with casting for the group's next show, "The Little Mermaid."

"One of the nice things about Hurrah is that once you're here, you're a part of our family," said Orosco, who directed "Madagascar," while Swenson was the musical director.

"Gary has a natural ability to act," Orosco said. "During our show he grew so much as a performer. It's very rare that you find people at his age willing to try something new and go completely out of their comfort zones."

During his first performance, she said Scruggs "was very childlike."

"The first time acting in front of a live audience was different," Scruggs said. "I was nervous. Amazingly it felt a lot like football. You're in a dress rehearsal getting ready for a performance and then you perform. I really enjoyed it."

He played Maurice, one of the many animals in the New York Zoo who escape, get tranquilized by a policeman - also played by Scruggs - and end up on a deserted island before heading home. He was also played a zoo doctor.

He sang, danced, jumped and when he ran, he often picked up small kids and hauled them around the stage.

"We made him to that," Orosco said. "He was afraid he'd drop somebody, but he was just so good with the kids. They loved him."

Scruggs now clearly has the acting bug. He's received another callback, from Regent University. He'll try out for a spot in a short film called "Jericho."

He's contemplating moving to Atlanta, where he has relatives he can stay with, and where acting gigs are much easier to land than in Norfolk.

"This is what I really want to do," he said. "I feel like I have a unique look, a unique appearance and that I'm a people person.

"I feel like this is a calling, something I was meant to do.

"I just want to see where it goes."

ODU students will benefit most of all from new football stadium. (More)