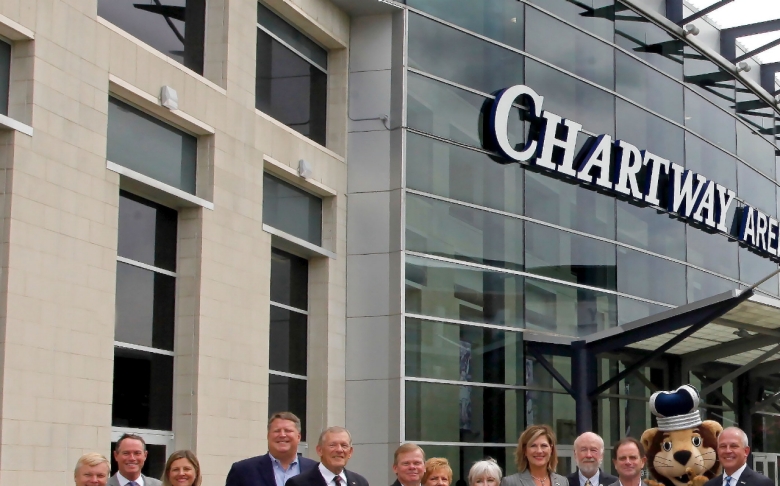 Officials from Old Dominion University and Chartway Credit Union held a ribbon-cutting ceremony outside the Ted Constant Convocation Center on Thursday to mark a 10-year marketing and branding agreement.

As part of the $4.25 million accord, the interior of the 8,400-seat arena in Constant Center is now named Chartway Arena. Chartway will also become the official credit union of ODU Athletics.