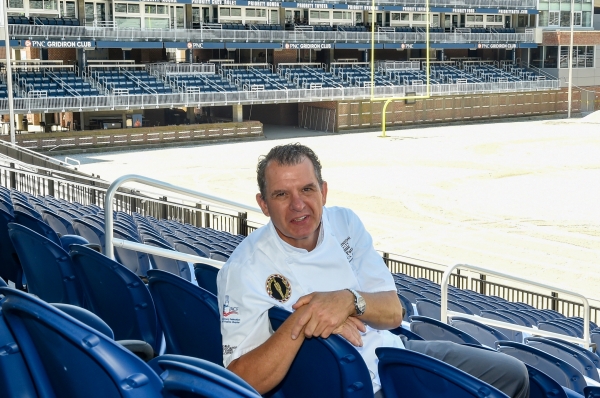 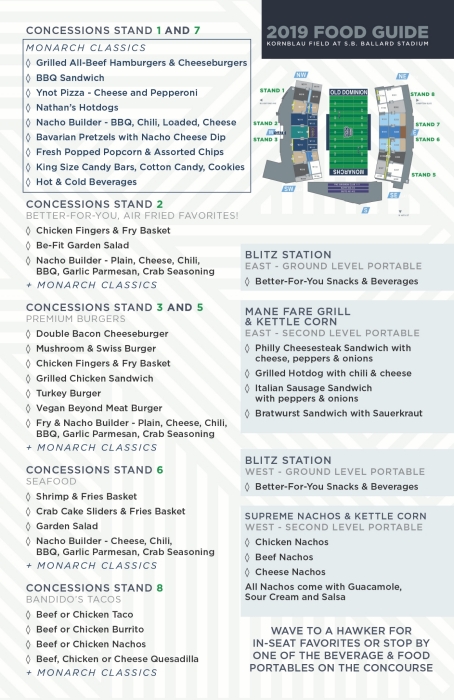 Concession stand under construction on west side of S.B. Ballard Stadium

Fan amenities weren't a major concern in 1936 when Foreman Field was constructed. That's why ever since Old Dominion University resurrected its football program in 2009, fans have had a basic selection of concessions fare.

Aramark, which feeds students and others in 24 dining facilities on campus, brought in food trucks and had vendors in the stands offering drinks, popcorn and cotton candy.

Yet because of the tight space set aside for concessions in 1936, choices were limited and lines were long.

All that will change when the new Kornblau Field at S.B. Ballard Stadium opens Aug. 31 as ODU hosts Norfolk State.

Fans will be able satiate their appetites with Ynot pizzas, seafood, loaded nachos and vegan and vegetarian fare, as well as a whole range of Mexican dishes.

More than twice as many points of sale will be available than at the old stadium, and the concessions stands will be larger and menu far more varied.

And there are two added bonuses for ODU students: most of you will sit on the sidelines rather than the end zone and you can use your meal card to swipe and pay for concessions.

There will be hawkers selling fare to people in the stands and seven first-floor concessions stands - four on the east side and three on the west. Both sides will also have "blitz stations" offering healthy snacks and beverages, as well as vendors on the second floor.

In the mood for tacos, a burrito or quesadilla? Head to concession stand 8, where you can get Mexican food with chicken, beef or sautéed vegetables.

If you want healthier food, then head to concession stand 5, where turkey burgers and chicken sandwiches, in addition to veggie burgers and other plant-based food, will be available.

I like seafood, so my first stop will be concession stand 6, where shrimp baskets and crab cake sandwiches will be served. And I can eat guilt free. Everything there, including the fries, will be air fried.

On the second level of the west side, you can build your own nachos with beef, pork, chicken and vegetarian chili. On the east side, you can get a grilled hotdog, Italian sausage sandwich, German bratwurst with sauerkraut or a Philly cheesesteak.

And yes, the Philly cheesesteaks will taste like those you may have enjoyed in South Philly. That's not only because Aramark is a Philadelphia-based company, but because ODU Executive Chef and Philly native Robert "Bob" Patton had final say on menu items.

Patton graduated from The Restaurant School at Walnut Hill College and Temple University in Philadelphia and has been a chef ever since. In peak times, he directs more than 600 Aramark employees at ODU who cook more than 80,000 meals per week.

Janet McLaughlin, director of ODU's dining services, also played a huge role, as she does with every food outlet on campus.

On game days, more than 100 Aramark employees will be in the stadium and two food trucks will operate outside to prepare food for the Priority Automotive Club and luxury suites.

Some concession stands will have full-blown kitchens, which is where the seafood, Mexican fare and bratwurst will be freshly cooked.

The concessions will be just one of many added fan amenities. More than 6,000 fans will sit in chair-back seats, and all of the nearly 16,000 new sideline seats will have back support and much more leg room.

Ballard Stadium will also have more than twice as many restrooms than Foreman Field, with slightly over half designated for women. The ODU Bookstore will have outlets on the first floor of each side of the stadium selling Monarch wear.

The stadium is in the final stages of a 9-month, $67.5 million renovation that included tearing down the old sideline seating and replacing it. Two levels of seating are on both sides of the stadium.

"The main reason we did the stadium renovation was for our fans and students," said Greg DuBois, ODU's vice president for Administration & Finance.

"We wanted to improve the fan experience, and the amenities we will offer this season are so much better than what we've been able to offer in the past. I believe most of our fans are going to be surprised at how much better their experience will be in the renovated stadium."

Why the vegan and vegetarian options? Patton says that's because of rising demand for healthier food from students.

"As much as our students love pizza and fried chicken days, the demand for healthier food increases every year," he said. "We've increased vegan options and vegetarian options. In Broderick Commons, a new plant-based room is coming on line.

"Eating less meat is a little more sustainable and healthier, so that's a good thing."

Patton says he can't wait to get inside the stadium to check out equipment and begin training employees.

"We're trying to enhance everything, not only the food but the whole guest experience and the speed of service," he said. "It's a new stadium, and we want to usher it into the modern age.

"We're so grateful that Old Dominion University has entrusted us to do that." 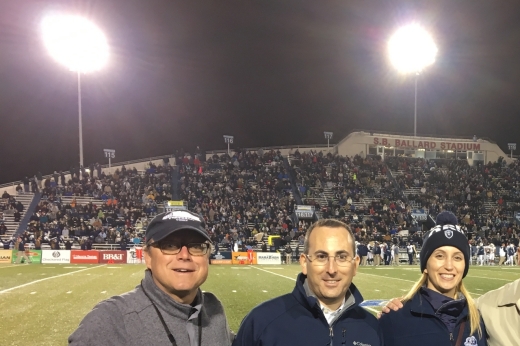 The Richmond-area alumnus, who has donated more to ODU athletics than anyone else, is honored for his lifetime giving. (More) 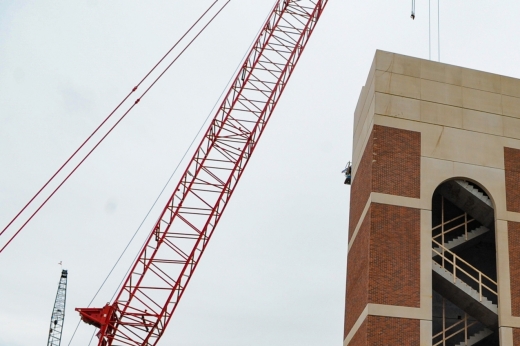 Stephen Ballard, whose company is rebuilding the venue, calls the completion of a 95-foot tower "a big step." (More) 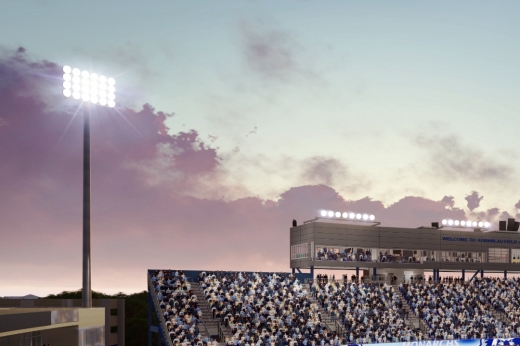 S.B. Ballard Stadium Will Have a Videoboard and Three Ribbon Scoreboards