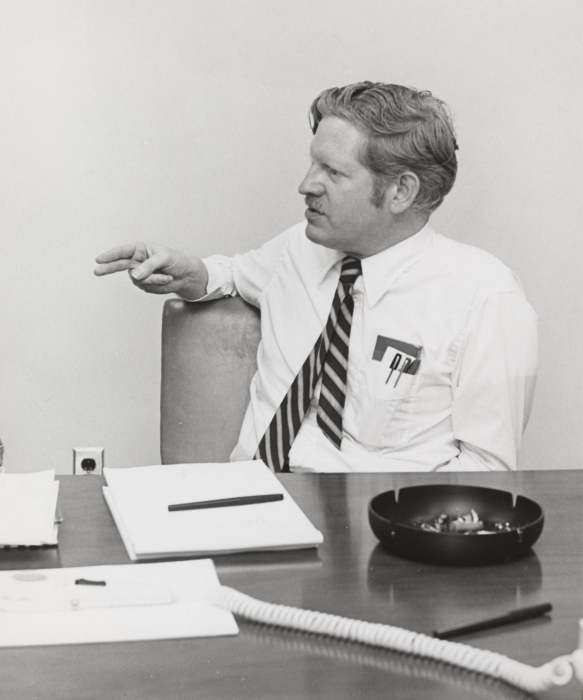 Charles O. Burgess Jr., who served as dean of the College of Arts and Letters and provost during a 40-year career at Old Dominion University, died on May 29. He was 90.

Burgess joined what was then the Norfolk Division of the College of William and Mary in 1955 as a faculty member in the English department. He later served as director of freshman English, dean of graduate studies, and vice president and provost for academic affairs.

His last 10 years at Old Dominion were spent as dean of the College of Arts & Letters. After his retirement, he continued teaching undergraduate classes.

"Chuck was an esteemed colleague and an effective leader, who was both kind and wise," ODU President John R. Broderick said. "He was thoughtful and considerate toward every member of the University, regardless of what role he or she played."

In a 2010 interview with Karen Vaughan of the University Libraries, Burgess counted among his most significant accomplishments as dean the expansion of international and women's studies and the growth of Old Dominion's arts programs.

"I really wanted to see ODU become a center in the community for the arts," Burgess said.

He also cited the growth of diversity on campus, the creation of an honors program and the strengthening of general education, which won praise from the State Council of Higher Education for Virginia.

But Burgess' proudest personal moment was awarding a bachelor's degree to his daughter, Elisabeth. "As an actor, I always made something of a performance of commencement anyway," Burgess said.

Burgess and his wife, Elisabeth, who died in 2017, also endowed the Charles O. and Elisabeth C. Burgess Award for Faculty Research and Creativity.

Outside Old Dominion, Burgess performed in local theater and was active on the boards of organizations including the Virginia Opera and the Norfolk Commission on the Arts and Humanities.

A memorial service will be held at H.D. Oliver Funeral Apartments at 1501 Colonial Avenue in Norfolk at 2 p.m. June 4.