My Stint as Big Blue Was Enlightening - and Rewarding 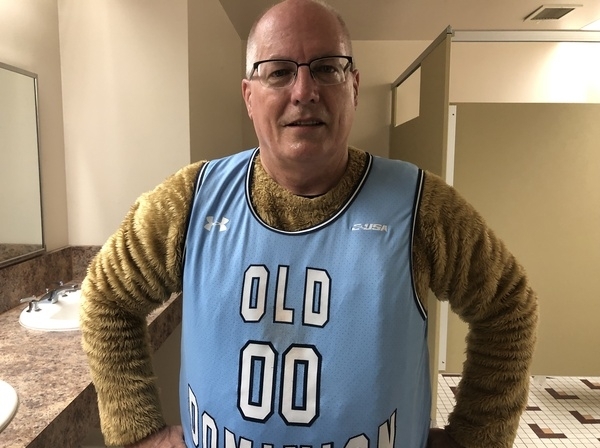 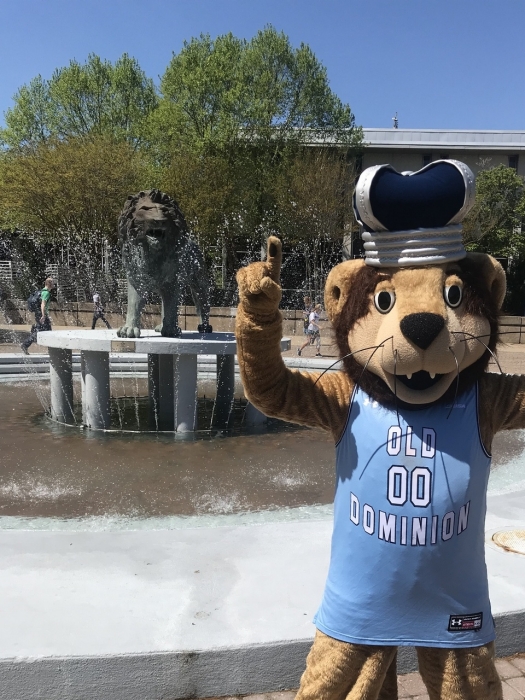 When I was an Old Dominion University student in the mid-'70s, we loved watching Big Blue prance up and down the sidelines at the old Fieldhouse, shaking his bottom to the music.

The lion with the wild-looking head has been ODU's official mascot for 48 years. At the start, though, he wasn't so popular. Old Dominion's yearbook, the Troubadour, described him as "a seedy-looking mascot."

He went through a few transitions, including a huge yellow crown in the '80s, before his current look - a lovable face with wide eyes, beaming smile and giant whiskers. And, of course, that long tail.

In 2011, Capital One named Big Blue the nation's top mascot.

His appeal spans generations. My daughters, Amy and Ginny, both pulled Big Blue's tail and yanked his whiskers when they were young. The sight of him was sure to bring a bright smile to their faces.

So when I was asked to don the outfit and play Big Blue, I said yes before the question was finished.

I was Big Blue for two days, for a photo shoot just outside the Webb University Center and another at the Perry Library during exams. It was a tougher gig than I had realized, but it was also a blast.

You begin dressing as Big Blue by pulling on a fur suit that feels like a weighted overcoat and doesn't allow a scintilla of body heat to escape. You then slide on giant floppy feet, stuff your hands into oversized gloves with room for four fingers (cartoon lions, after all, have only four fingers) and put on a giant lion's head.

Even before I walked out of the dressing room, sweat was streaming down my face.I don't know how Big Blue maintains a festive mood at early season football games, which can be dreadfully hot.

Jason Chandler, the associate athletic director who's in charge of promotions, said two people share the job during football games. They alternate quarters, with one working the first quarter, then downing Gatorade before heading back for the third quarter.

I wondered how you see through the oversized lion head. The answer is it's incredibly difficult. You can see shadows through Big Blue's eyes, which are covered with tightly woven brown cloth, and the mouth opening provides a great view of those floppy feet.

Chandler warned me to have someone help me down stairs at Webb Center and not to run. I heeded his advice, but as I began to mingle with students on Kaufman Mall, I got a little frisky.

I jumped onto the edge of the Big Blue fountain. I was waving to students when I stepped back and began to fall into the fountain. Thankfully, my helper, Lisa Jones, the director of marketing and branding, grabbed my hand, preventing a spill that would have been plastered all over social media.

When I was at the library during exams, I held up signs asking people if they wanted a hug or a high five. The response surprised even me. An amazingly large number of guys wanted a hug.

When I ran across a group of high school students who were touring campus, they stopped to do selfies and most asked for a high five or a hug. They also received a whispered message from me: "Come to ODU. You'll love it here."

To be a stellar Big Blue, Chandler said, a student needs to have a dynamic personality, stamina, poise and a keen sense of interacting with kids, who sometimes are freaked out the first time they see Big Blue.

The person in the lion's outfit also needs strong dancing skills, which would rule me out.

Chandler said Big Blue appears at more than 100 events per year, including all home football and men's and women's basketball games, other athletic and University events, and civic engagements around the region.

Every night, Big Blue is expected to entertain the audience, dancing for fans, gesturing to opponents and sometimes even crowd-surfing. One rule (which I didn't adhere to): Big Blue never speaks.

At the NCAA basketball tournament game against Purdue, Big Blue drew smiles and cheers from many young ODU fans when he challenged the Boilermaker, Purdue's mascot, to meet him at half-court. Standing 10 yards apart, they exchanged feigned taunts and blows in a friendly way before they headed back to their end zones.

Big Blue drew the same excited reactions on campus. Nearly every student I passed on Kaufman Mall popped over to give me a high five. A young child grinned from ear to ear as I held him while his mom took a photo.

I wore the outfit at home to break it in the night before my first event. When I waved to a truck driver, he screeched to a halt, then went into reverse.

The guy on the passenger side took my photo, slapped me a high five and said I'd made his day.

Actually, he made mine.

That night, I crashed a neighborhood party as Big Blue. All the guests wanted a hug, even though they knew it was me.

The best part was hugging my wife, Ellen, in our front yard. Cars drove by and beeped at us. One friend wondered if Harry knew about her romance with Big Blue.

If you're an ODU student who is interested in trying out to be Big Blue for the 2019-20 athletic season, email Jason Chandler (jichandl@odu.edu) or Carolyn Crutchfield (cacooper@odu.edu). 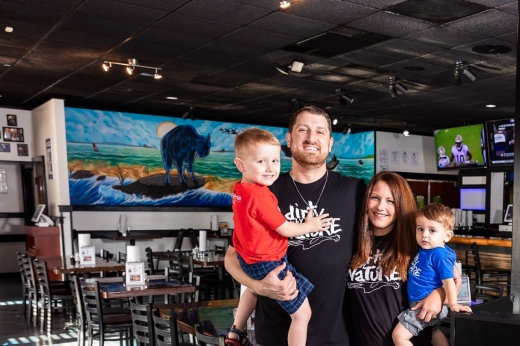 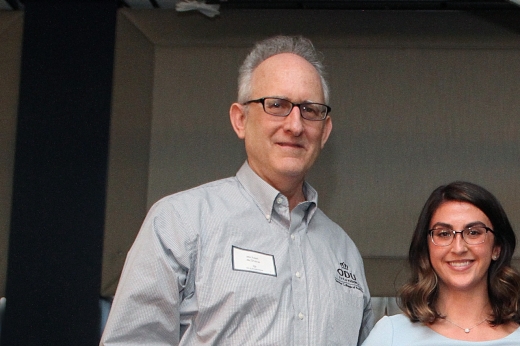 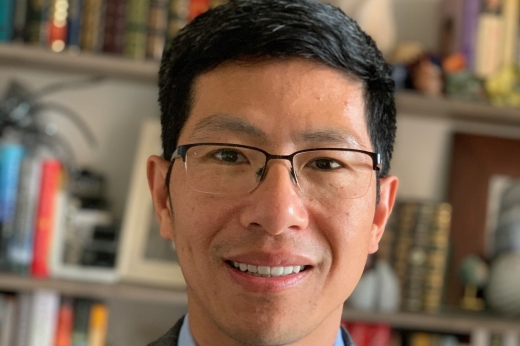