ODU Confers Degrees to 2,000 Graduates at Its 131st Commencement Exercises 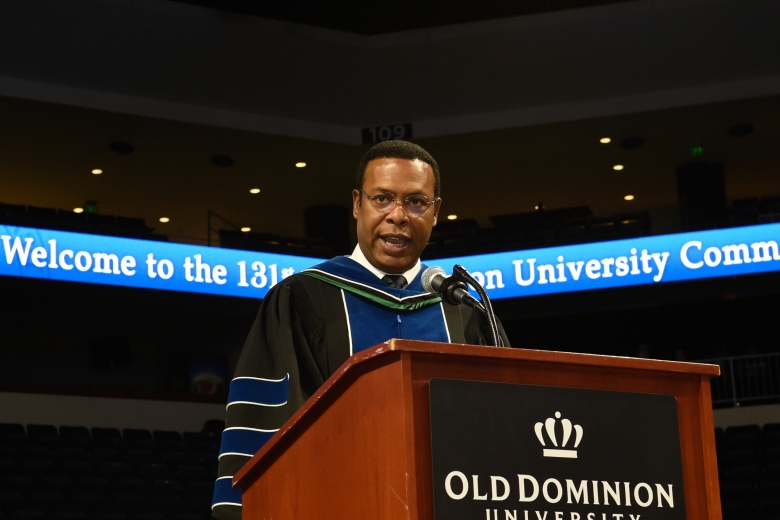 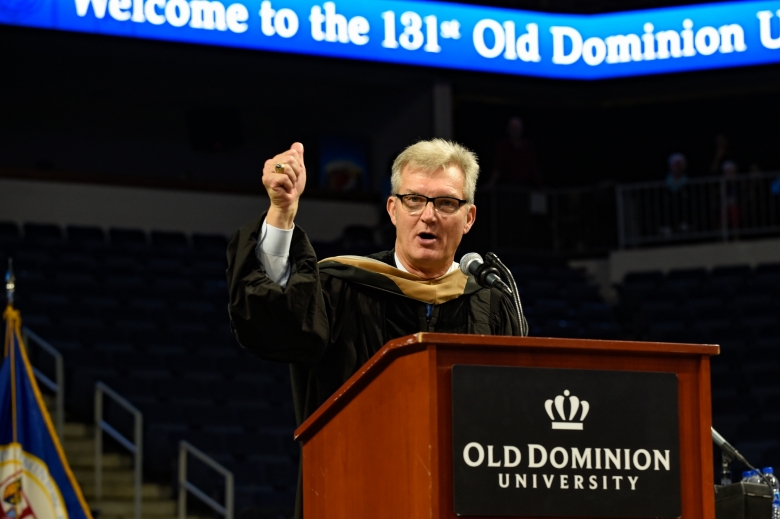 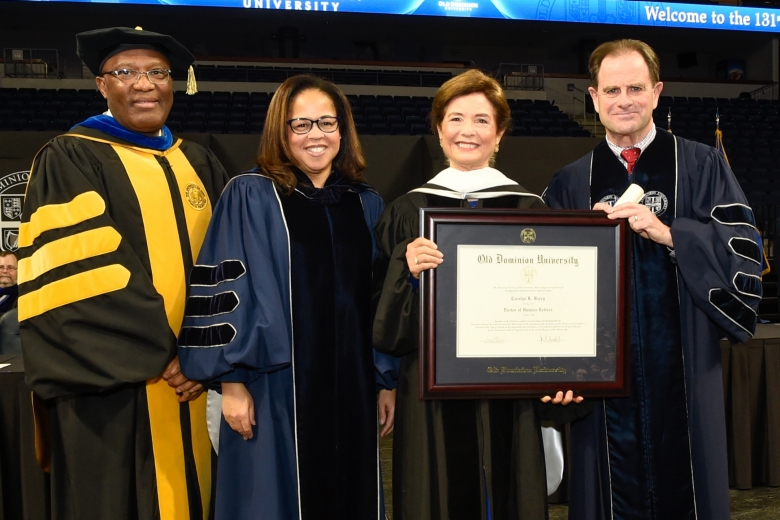 Carolyn K. Barry receives an honorary Doctor of Humane Letters degree (honoris causa) during the College of Arts and Letters, Strome College of Business, and College of Health Sciences at the 2 p.m. ceremony. Photo By Chuck Thomas/ODU 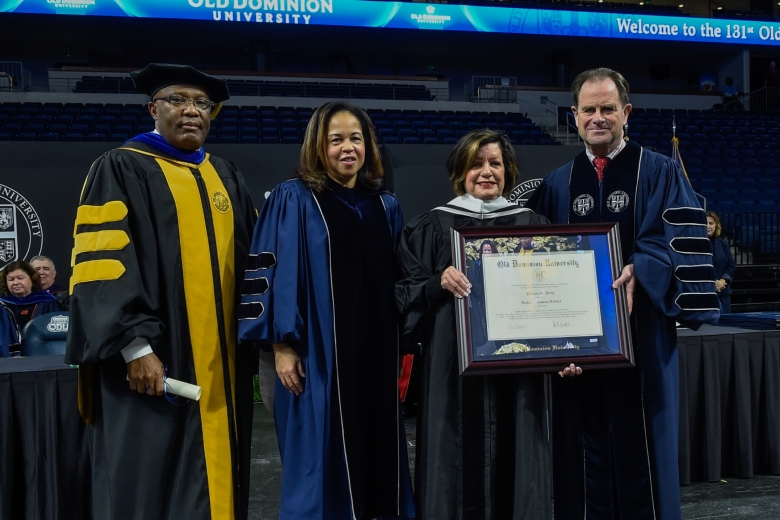 Norfolk Mayor Kenneth C. Alexander spoke at the 2 p.m. ceremony to graduates of the College of Arts and Letters, Strome College of Business, and College of Health Sciences. Carolyn K. Barry was awarded an honorary Doctor of Humane Letters degree (honoris causa).

Mrs. Perry, a mother of three, attended ODU as a nontraditional student to complete the degree she had started two decades earlier at the University of Maryland. She majored in clinical psychology and graduated with honors in 1989.

She has been a longtime supporter of the University. Old Dominion has renamed its library and Honors College after Mrs. Perry and her husband, Douglas, in recognition of their support. She served on ODU's Board of Visitors from 1997 to 2001 and was chair of the board's Institutional Advancement Committee. The Perrys have endowed the John and Kate Broderick Opportunity Scholarship for honors students from Virginia and another scholarship to benefit graduates of An Achievable Dream Academy on the Peninsula.

"For Patricia Perry, it all comes down to giving back," President John R. Broderick said. "Mrs. Perry was the kind of undergraduate Old Dominion serves so well ... and her clinical psychology degree has informed much of her philanthropy and community service."

Mrs. Barry has likewise been a longtime supporter of ODU. She and her husband, Richard, donated more than 300 works of art, including glass sculptures, marine and modernist paintings and antique dolls, to ODU to create the Barry Art Museum, which opened in 2018. Carolyn Barry serves as vice president of Old Dominion's Museum Foundation, and the Barrys continue to collect art to donate to the museum. She also taught algebra at Old Dominion.

"For 35 years, Carolyn Barry served as a docent at the Chrysler Museum of Art. Now she is giving tours at a museum that bears her name," Broderick said. "She is also a hands-on collector, extensively researching and getting to know many of the artists whose work the Barrys continue to collect and donate to the museum."

Layne, who earned an MBA from ODU with a concentration in international business, has been Virginia's secretary of finance since January 2018. He oversees the Commonwealth's four main finance agencies - Accounts, Planning and Budget, Taxation and Treasury - along with the Virginia Resources Authority.

He served as the state's secretary of transportation from 2014 to 2018, leading seven agencies. Layne represented Hampton Roads on the Commonwealth Transportation Board from 2006 to 2014.

Before his service in state government, Layne was president of An Achievable Dream Academy in Newport News, a partnership between Newport News Public Schools, the City of Newport News and the local business community. The school aims to give students at risk of failure due to socioeconomic factors a chance to succeed.

"The Master's in Business Administration degree that Aubrey Layne earned at Old Dominion University has served us well," Broderick said, noting that as secretary of transportation, "Layne oversaw more than 10,000 employees and a $6 billion budget, transforming the way the agency operates."

His work there led to his appointment as secretary of finance, Broderick noted.

"Secretary Layne is highly respected for his skill and his transparency in an important time in the history of the Commonwealth, when hard decisions are required to prioritize limited dollars among competing needs," Broderick said.

Layne, who earned his MBA in 1997 - 18 years after he graduated from college - told graduates he initially had no thought of going to college. No one in his family had, and it was expected that he would follow in his father's footsteps and work at Newport News Shipyard.

"It's honorable work - building ships for the U.S. Navy to defend our country," he said. "But I knew it wasn't for me."

He wanted to be a professional baseball player - he was an all-star at Bethel High School - and earned financial assistance to play at the University of Richmond.

But he said he quickly learned he wasn't good enough to play professionally. However, the sport taught him a valuable lesson about taking risks.

"In baseball, if you have a .300 batting average you are an excellent hitter," he said. "In fact, you can play professionally when you have that average. You make it to the Hall of Fame. But that means you fail 70% of the time.

Taking those risks led him to successful careers in business, real estate and public service.

"I'm so grateful for the opportunities that came along - all because baseball taught me about how important it is to take risks," he said.

He also imparted another life lesson for graduates - "sometimes, you just have to get over yourself."

He said he quit playing the guitar as teenager "just to stick it to" his dad because they clashed over musical tastes. He didn't resume playing until he was in his 50s - at the urging of his wife.

He said he and his dad eventually reconciled and he cherishes their times together.

"I think about that on days like today - where everyone out there has accomplished a milestone in life. I'm really proud of the opportunities life has brought me.

"And on days like today, I remember that I didn't make it here on my own. Lots of people lifted me up along the way, even if I didn't see it, even when I resisted, and especially when I just needed to get over myself."

"And that's true for you, too," he said, urging graduates to thank their loved ones.

"It will do them good to hear it, and it will do you good to say it."

Alexander, who earned a bachelor's degree in political science from ODU, was elected mayor of Norfolk in 2016. A Norfolk native and president of Metropolitan Funeral Service, he began his public service career more than two decades ago.

Before his election as mayor, Alexander served in the Virginia Senate, where he was a member of the committees on Commerce and Labor, Finance, Transportation and Privileges and Elections. He represented the 89th District in the House of Delegates from 2002 until 2012, serving on the committees of Commerce and Labor, Education, Privileges and Elections and Rules.

Prior to his election to the General Assembly, Alexander was a member of the Norfolk Economic Development Authority, City Planning Commission (where he also served as vice chair) and Human Services Commission. He also was a member of a City Council-appointed blue-ribbon commission that studied the direct election of the office of mayor. Alexander began his community service as president of Berkley's Beacon Light Civic League and Beacon Light Community Development Corporation.

"Mayor Kenneth Cooper Alexander is a Norfolk native who was born to serve his city," Broderick said.

Alexander urged graduates to "understand the importance of two qualities that you have developed during your time at Old Dominion - heart and perseverance."

"The heart is the core of one's personality and humanity, and it's the most powerful organ of the human spirit," he added.

He cited author Gabriel Garcia Marquez ("the heart's memory eliminates the bad and magnifies the good"); philosopher Thomas Carlyle ("the heart always sees before the head can see"); and author Charles Dickens ("a loving heart is the truest wisdom") to amplify the importance of heart.

"Our changing world requires fortitude, compassion and character which all come and can be found in a strong heart," he said. "The technologies and political debates, the world events that are shaping us are being adopted and consumed without the benefit of reflection, creating a lasting impact in real time.

"You will be forced to confront these challenges directly, but we are confident that you can lead the way, because you have been gifted with heart."

But, Alexander said, perseverance will be necessary in order to lead during challenging times.

He cited writer and critic William Ernest Henley, who at 12 was diagnosed with tubercular arthritis and suffered years of discomfort and pain and by 26 was undergoing treatment for a form of tuberculosis that spread beyond his lungs to his spine and other bones. His left leg had already been amputated and he fought save his right leg by seeking alternative treatment.

In the midst of Henley's fight for his life, he wrote the poem "Invictus," which ends with the following lines:

"It matters not how straight the gate,

"Or how charged with punishment the scroll,

"I am the master of my fate,

And the captain of my soul."

The poem "has served as a call to action for those who find themselves in 'do-or-die' situations and dilemmas that seemingly lack satisfactory options or no option at all," Alexander said. "So when you encounter a difficult situation, do not shrink into the darkness. Find your light and shine because you were born to make manifest the hope that is with you. As you liberate yourself from challenges, know that your example will liberate others."

He exhorted graduates to set out to change the world.

"Find your passion. Find your community. Find your voice. Class of 2019, you are the dream made real and the hope for the future," Alexander said. "Through heart and perseverance, you are expected to lead where there is no leadership, achieve the possible and succeed in your endeavors. This has been the tradition of Old Dominion University graduates, and tomorrow that tradition continues with you."

Provost and Vice President of Academic Affairs Austin Agho made note of the 474 distance-learning graduates - 323 bachelor's degrees, 133 master's and 18 Ph.D.s - who were not in attendance.

"Over the last 30 years, Old Dominion University distance learning has helped nearly 17,000 students obtain a degree from locations all over the world," he said. 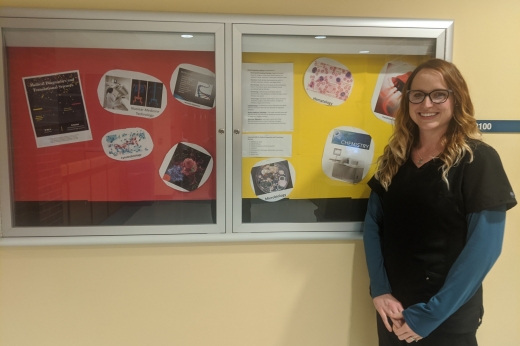 Mother of 10-Year-Old Twins Will Graduate with a 4.0 Grade-Point Average

Kasey Byrd, who will earn a degree in medical laboratory science, credits support from her husband, children – and classmates – for her success. (More) 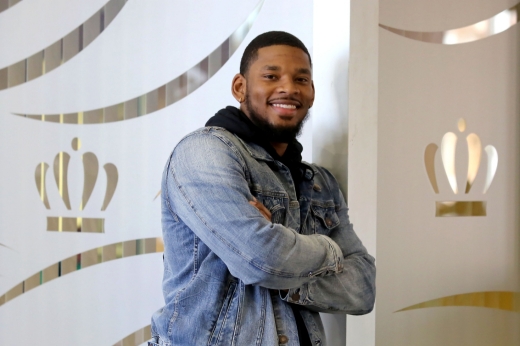 The mechanical engineering major, who will graduate this month, had no intention of going to college coming out of high school. (More) 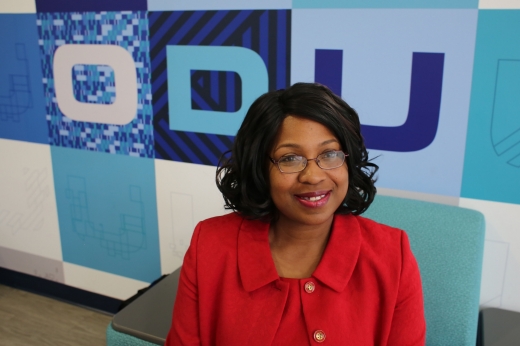 Education Student’s Master's Degree Was 35 Years in the Making