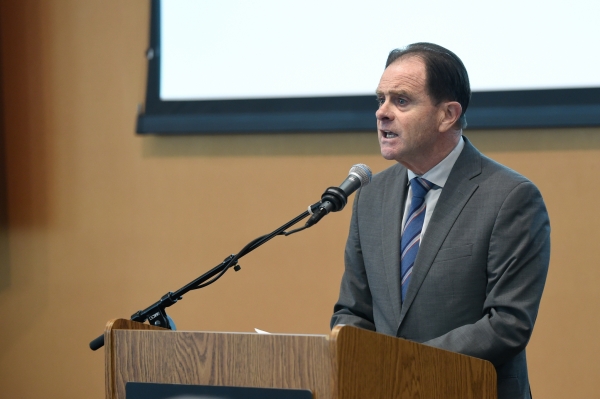 "Diversity and access are really at the cornerstone of our mission," ODU President John R. Broderick said. Photo Chuck Thomas/ODU 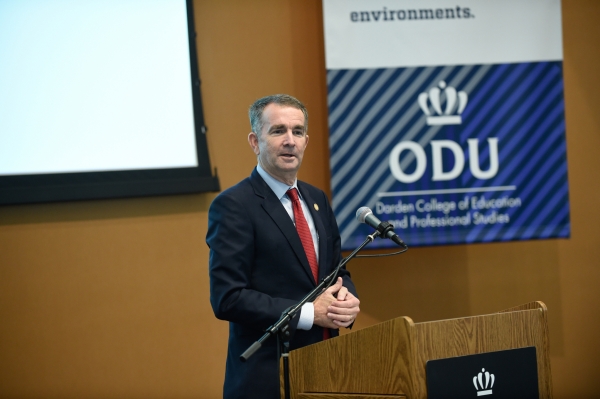 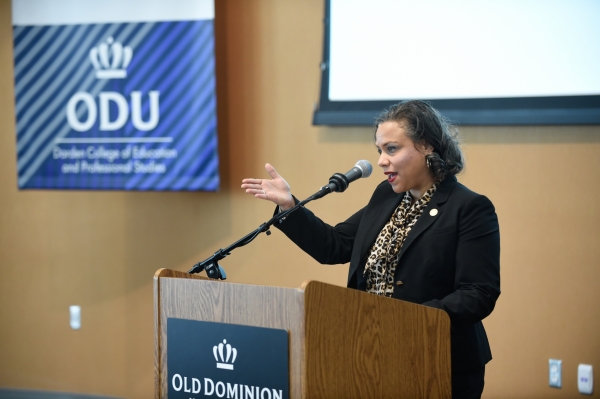 Janice Underwood, Virginia's Chief Diversity, Equity and Inclusion Officer, stated the grant will allow the Commonwealth to make a long-term plan for inclusive excellence at all institutions of higher education. Photo Chuck Thomas/ODU

Gov. Ralph Northam chose Old Dominion University's Darden College of Education and Professional Studies on Wednesday to announce a $500,000 educational equity grant from Indianapolis-based Lumina Foundation designed to help the Commonwealth increase educational achievement for students of color by 5 percentage points over the next four years.

Virginia joins Colorado, Oregon and Tennessee in receiving the grant to help eliminate educational disparities between the overall population and their African American, Hispanic/Latinx, and Native American residents. The organization notes that nationally fewer than one-third of Native Americans, Latinos, and African Americans have earned credentials beyond a high school diploma.

The foundation aims to have 60 percent of Americans earn a credential beyond high school by 2025. Virginia is focusing on students who have traditionally been left behind as it works toward its goal of being the best-educated state by 2030.

Northam said the University was selected for the announcement "because of ODU's commitment to diversity and student success."

"Your leadership and commitment serve as a guide to others around our Commonwealth," he added.

President John R. Broderick highlighted the University's efforts to increase diversity, inclusiveness and social mobility. Among the things he cited:

"Diversity and access are really at the cornerstone of our mission. We have backed up our aspirations with strong results," he said. "We look forward to participating in further initiatives to enhance diversity, which will benefit our students, the University and the entire Commonwealth."

The Lumina Foundation established the Talent, Innovation, and Equity (TIE) Partnership to provide funding, research and related support to states. Virginia will use the grant to pursue improvements in four critical areas: leadership culture and values; equity policy and initiatives; communications and outreach; and programming to improve educational attainment.

The State Council of Higher Education for Virginia will administer the TIE grant in collaboration with the Office of the Secretary of Education, the Office of the Governor's Chief Workforce Advisor and the Commonwealth's Director of Diversity, Equity, and Inclusion.

Janice Underwood, Virginia's first Chief Diversity, Equity, and Inclusion Officer and former director of diversity initiatives at ODU, announced that as part of the grant, the state will convene an equity in higher education summit, which she called "a #diversity win for the Commonwealth." It's tentatively scheduled for April.

"It will be to equip our higher education leaders with the tools necessary to create what I call individual equity plans to, one, meet our Lumina goals and two, to more robustly position all of our campus cultures as genuinely affirming to all students," she said. "And students in particular who historically have been marginalized or underserved."

She said the summit will eventually lead to the creation of a statewide strategic plan for diversity and inclusive excellence.

"We know that the legacy of racism is still with us," Northam said. "It exists not just in isolated incidents, but as part of systems that touch every person and aspect of our lives - whether we know it or not. To address that legacy, we need to do more than talk. We must act. This initiative with Lumina Foundation is just one way we are making tangible and measurable progress for those who are most underserved in higher education." 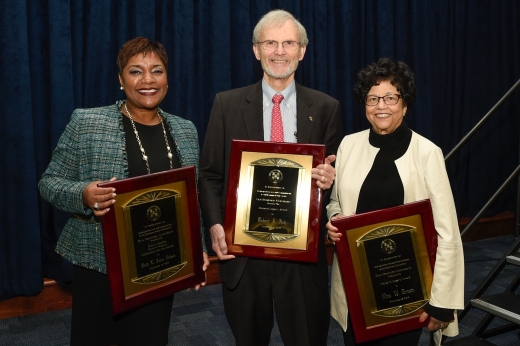 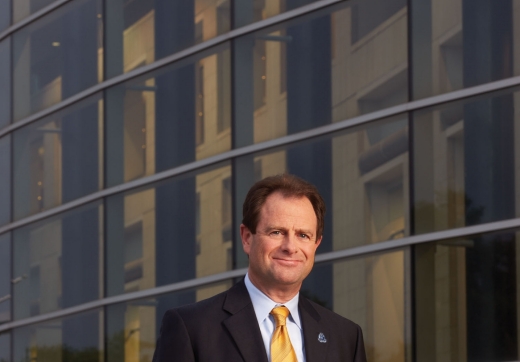 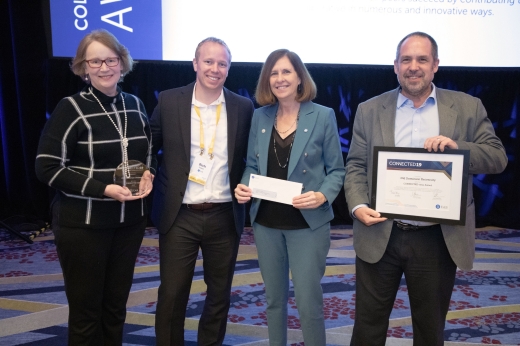 The University was cited by EAB for building numerous relationships with community colleges, four-year schools and the broader higher-education community to benefit students. (More)