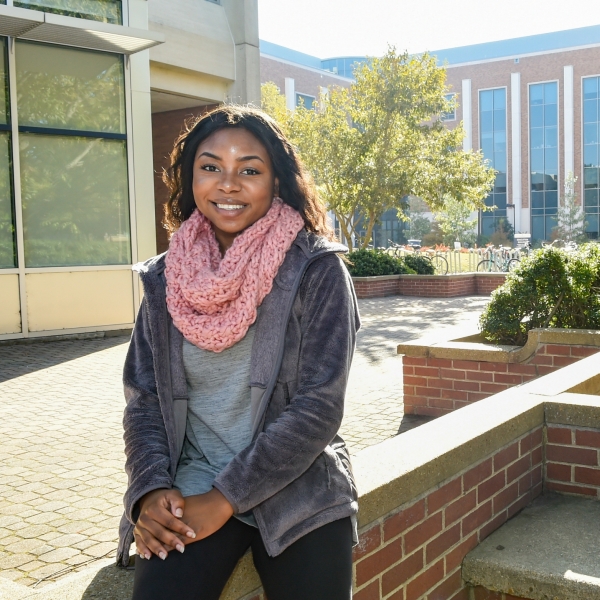 Kayla Davis will graduate with Bachelor of Science degrees in psychology and communication on Dec. 14. Photo Chuck Thomas/ODU

"I was very nervous that the material would be too advanced for me and that the professor would seem inaccessible," she recalled.

To say Davis overcame her uneasiness would be an understatement. It took her just 3½ years to earn her Bachelor of Science degree - and to begin working on her master's.

Davis, a double major in psychology and communication with an emphasis in public relations and advocacy, will graduate Dec. 14 during the University's 131st Commencement Exercises at Chartway Arena in the Ted Constant Convocation Center.

Davis is participating in a linked program, which allows undergrads to take graduate courses while still completing their degree. She's taking two classes master's classes this semester as she pursues a degree in lifespan and digital communication. She wants to work as a public relations counselor in crisis communication.

As a freshman and sophomore, she taught music theory and dance at a studio in Chesapeake. For the past year and a half, she has worked as an ePortfolio assistant with ODU's Center for High Impact Practices (CHIP). She called that the "best job ever."

In that role, she helps faculty and students build websites to they can create an online digital identity, which is especially valuable for prospective employers.

"When you have that ePortfolio versus just, like, Twitter, when people search for you, that's a really, really good way to present yourself," she said

"That's been probably the greatest experience I've had here because it's taught me hands-on skills I can use for my career in the future," said Davis, who will be studio manager, a position for graduate students, in the spring.

"Her demeanor is energetic, and students respond incredibly well to the information she shares, which has positively impacted the ePortfolios that are created," Harrell said.

Also within CHIP, Davis participated in workshops for the federally funded TRiO Student Support Services (SSS) program, which provides services to students from first-generation and limited-income families as well as students with disabilities, and ROPES Experiences, which supports students' transitions to and through college.

Davis also interned last summer with the Meridian Group, a public relations firm in Virginia Beach. Carol Branch, a senior lecturer in communication and theatre arts, encouraged Davis to apply for the internship.

"ODU helps students get those opportunities that they wouldn't have known about otherwise," said Davis, who is also a member of ODU's Public Relations Student Society of America (PRSSA) and the Psi Chi psychology honor society group.

She praised the professors for always being accessible, either on campus or online and for not "just teaching out of a textbook."

Recently one of her professors gave students artichokes to take home and plant because, he said, "'I want you to be more in tune with nature and just sitting outside and enjoying the Earth as it is,'" Davis said. "I'm like, this is totally not a traditional class."

So, did her trepidation about that first music class turn out to be warranted?

"Luckily, I was wrong," she said. "Her class introduced me to so many different forms of music as well as related historical backgrounds. Because I enjoyed the class content and the sincerity of the professor, it is one of my favorite classes to date." 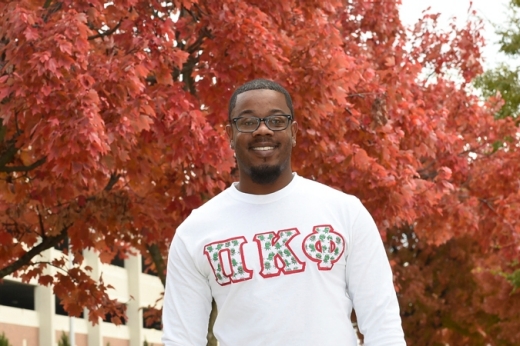 For Criminal Justice Major, College Has Been a Balancing Act

Albert White juggled classes, commuting and full-time work on his way to his degree. (More) 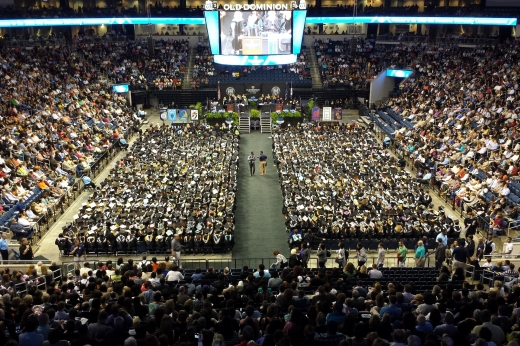 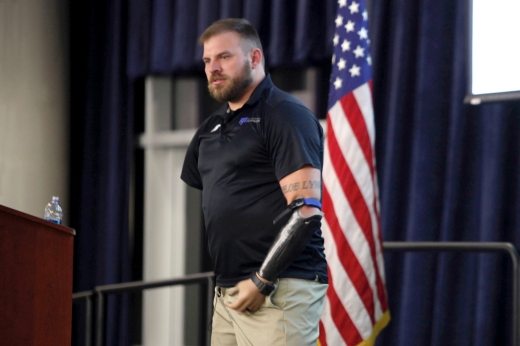 The quadruple-amputee veteran says while you can’t always control your situation, you can control your attitude. (More)