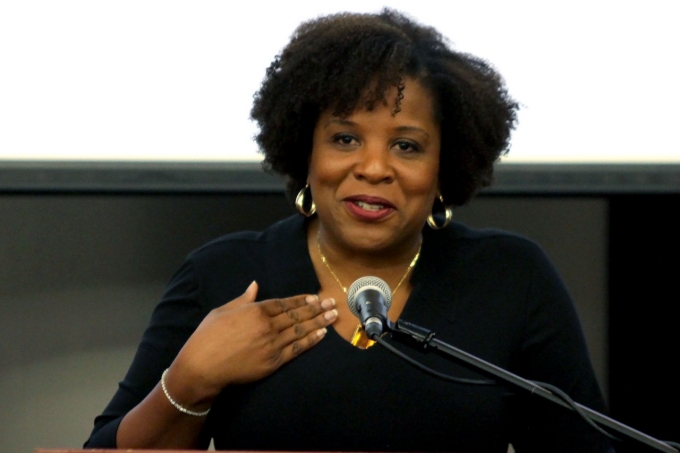 "'An American Marriage' needed to be in the world for a reason that was greater than me," Tayari Jones told an audience of almost 700 people in the Big Blue Room at the Ted Constant Convocation Center. Photo David B. Hollingsworth/ODU

Tayari Jones was not wedded to the title "An American Marriage" for her most recent novel, which follows the wrongful imprisonment of a young black man and its impact on him and his wife.

She later received some encouragement from a mentor and some prodding from her editor, who told her, "You are saying something that matters in our national conversation."

"An American Marriage," she concluded, "needed to be in the world for a reason that was greater than me."

Jones spoke before almost 700 people in the Big Blue Room at the Ted Constant Convocation Center on Thursday night. Hers was the first speech in the President's Lecture Series this academic year. She also served as the keynote speaker for Old Dominion University's 42nd annual Literary Festival.

"An American Marriage" became a huge bestseller. Oprah Winfrey selected it for her book club in 2018 and is adapting it into a movie. It won the 2019 Women's Prize for Fiction (formerly known as the Orange Prize), the Aspen Words Prize and an NAACP Image Award. And former President Barack Obama posted on Facebook last year that it was one of his favorite summer reads.

"It took six years to write 'An American Marriage,'" she said. "But I've been writing it my whole life."

Success didn't come quickly. Her first books didn't sell well, and her parents, both of whom had earned doctorates, weren't enthusiastic about her pursuit of a writing career.

"They believe in concrete things that can be proven with numbers," she said of her mother, an economist, and her father, a political scientist. "He said, 'Your problem is that you never had to pick cotton.' Daddy grew up picking cotton as a child. You didn't approach your work looking for pleasure. He said when you pick cotton, you don't go out in the cotton field and say, 'This is not my niche. In the cotton field, this cotton doesn't recognize my complexities. There is no room here for my creativity!'"

But he eventually helped boost her career - along with an assist from an unexpected source.

When she submitted the first 100 pages of her third book, "Silver Sparrow," her publisher rejected it because Jones' previous books had sold so poorly that they were out of print. She eventually finished "Silver Sparrow," but put it in a drawer.

Later, at a speaking engagement in Florida, she was surprised to see that the bookstore had five copies of her books. She learned that they were sent by her father.

"I called and said, 'Daddy, what did you do?'" she said. "He said, 'You know, I had a couple copies around the house. Then I went over to your uncle's house because those books were untouched. Those were new books. Once you sign those books and anyone wants a book, you just tell them you were so popular that they sold out!"

At the event, she was approached by a woman who wanted to buy one of her books and had heard Jones was unable to get a contract. The woman connected Jones to a publisher who had already rejected her. The publisher suddenly had second thoughts because the woman who introduced her to Jones was children's and young adult author Judy Blume.

"I turned to tell her thank you, and she had vanished like a real-life fairy godmother," Jones said.

Within days, Jones had a book contract, and "everything was back on track."

Next up will be retired U.S. Army Staff Sgt. Travis Mills, a veteran and quadruple amputee who will be the President's Task Force on Inclusive Excellence speaker. His talk is scheduled for Nov. 19 in the Big Blue Room. 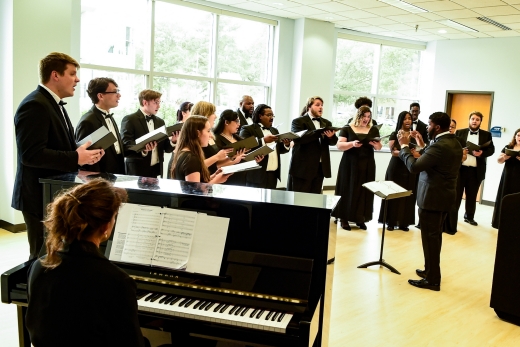 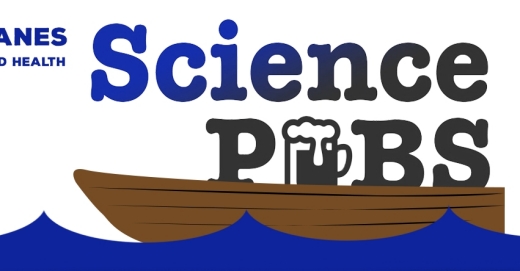 Michael L. Nelson, a professor in the Computer Science Department, will lead the discussion on Oct. 15 at Coelacanth Brewing Co. (More) 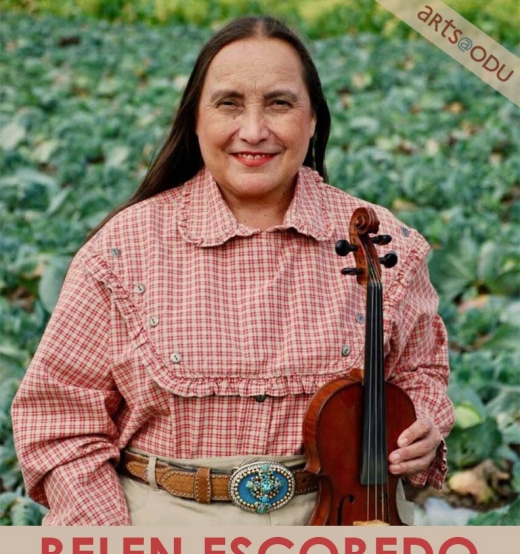