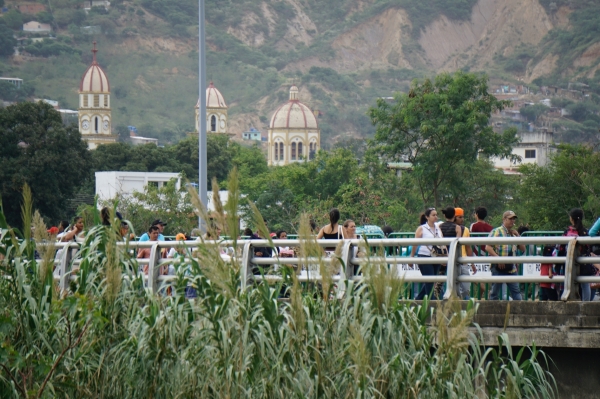 Old Dominion University researchers at the Virginia Modeling, Analysis and Simulation Center have received $1.5 million in funding from the U.S. Department of Defense (DoD) Minerva Research Initiative to study the capacity of regions to provide for displaced populations from neighboring areas.

Each year, there are millions of persons displaced globally, including those displaced within their homeland, refugees and asylum seekers.

The study, "Computational Framework for Assessing Absorptive Capacity," is intended to advance the theory of "absorptive capacity" and apply modeling to generate a better understanding of a host region's ability to manage an influx of populations.

The movement of displaced populations into and through a region's territory can place additional demands on critical infrastructure. Additional demands can engender new, or exacerbate existing, racial, ethnic, or religious animosities as competition for resources intensifies and the network of systems that support food, sheltering, security, health care and sanitation are strained.

The project is a multi-disciplinary effort led by principal investigator Jose Padilla and co-investigators Erika Frydenlund, Joshua G. Behr, Anthony Barraco and Michael Allen. The project includes graduate students from ODU and international collaborators from the University of Agder (Norway), University of the Aegean (Greece) and University of Western Cape (South Africa).

"Inspired by our fieldwork observations in Colombia, we know that thousands of people arriving every day into a small border town affect that community's economic and social resilience. And this has implications for providing humanitarian assistance for both migrants and the most vulnerable people in the host community," Padilla said.

While there is much academic research on refugees and migrating populations, there is relatively less focus on host communities. Host regions face the challenge of providing for the basic needs of newly arrived populations displaced by conflict, natural disasters, or economic pressures. The internal dynamics, in terms of both social and service strains, places the stability of the region at risk, making humanitarian aid and integration efforts more difficult.

"In Lesvos, Greece, we have observed that pressures migrants place on hosting communities can lead to social instability in even the most humanitarian-oriented societies," Frydenlund noted.

The project is focused on the three case study regions of Cape Town, South Africa; Mytilene, Greece; and Cúcuta, Colombia. While the common factor is the movement of populations, these regions have been selected because each is distinctive in terms of the drivers of population movement, such as drought or armed conflict, cultural affinity for displaced populations, and physical capacities of the host regions.

"The idea of maturing theory and building a computational framework is to produce insights that have generalizability, meaning the findings from this project will offer explanatory power at different times and in different places," Behr added.

The broader implications of this project are significant. Comprehension of population movements and regional instabilities allow for the strategic timing of interventions designed to mitigate instability and population suffering, essentially lessening the potential for smaller disruptive perturbations to ripple into larger crises. 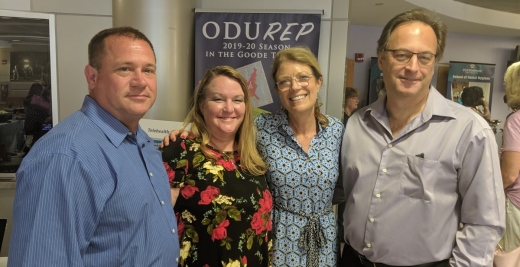 A research collaboration between Virginia Tech and Old Dominion University will pave the way for new autonomous systems projects. (More) 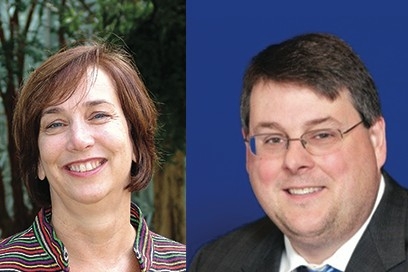 A study by two Old Dominion University researchers about the potential cost-savings of a city strategically buying houses prone to damage from severe storms was recently awarded top paper at an international engineering conference. (More) 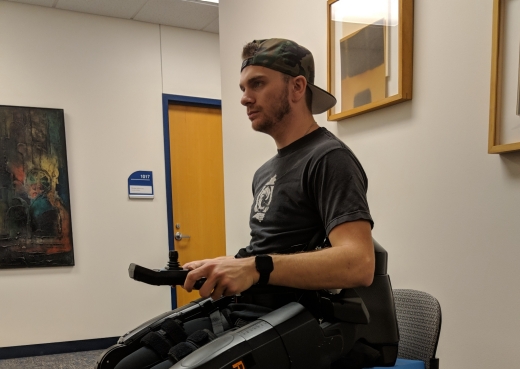