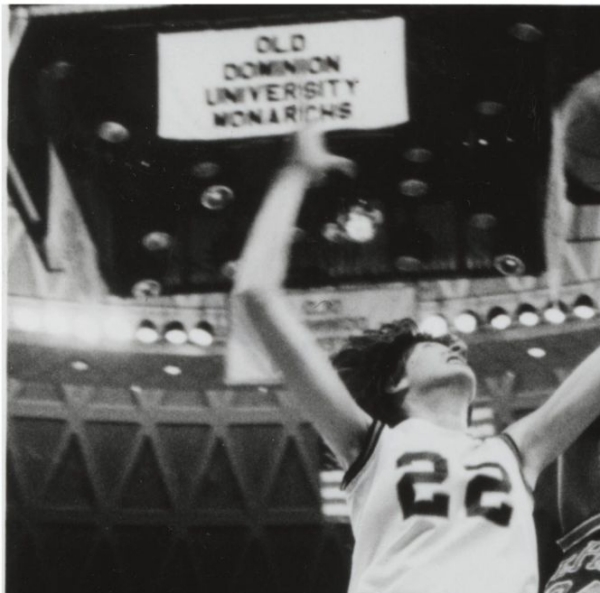 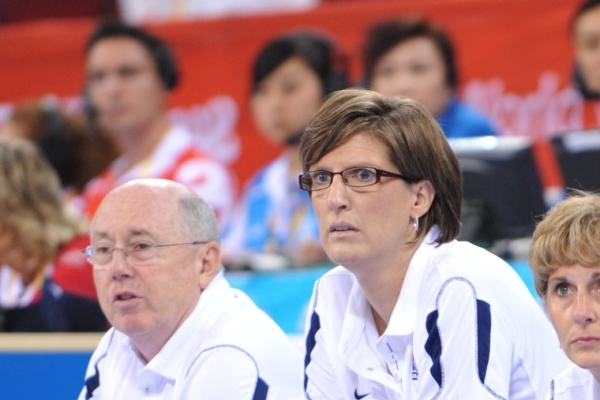 Donovan, (first from left) at the 2008 Beijing Summer Olympics.

"Anne was a great ambassador for what intercollegiate athletics is all about. She was an outstanding scholar as a student, a terrific performer and teammate, plus a caring and engaged member of her community," Old Dominion President John R. Broderick said. "She was respected and loved by everyone whose path crossed hers at Old Dominion. Our condolences go out to her family and many friends."

She completed her four years at ODU with a cumulative 3.5 grade-average in leisure studies and became the all-time leading scorer and rebounder in ODU history with 2,719 points and 1,976 rebounds. She is still the NCAA's all-time shot blocker with 801.

"We are deeply saddened to have lost one of the all-time greats to ever play the game of women's basketball," ODU director of Athletics Wood Selig said. "Anne was a national champion, Olympic gold medal winner as both a player and a coach, and a national champion as a professional head coach. Few have or ever will enjoy the type of success Anne has experienced throughout her career. She was a role model student-athlete at ODU."

As a Lady Monarch, Donovan helped lead ODU to a national championship in 1980 and two more Final Four appearances. Her collegiate honors culminated in 1983 when she was named the Naismith Trophy winner, which goes to the national 'Player of the Year' as selected by the nation's coaches.

"My heart aches for the loss of Lady Monarch legend and Hall of Famer, Anne Donovan. An exceptional player, coach and even better person, her legacy will be remembered for years to come," ODU Women's Basketball head coach Nikki McCray said. "I am thankful to have known her and now to coach at her alma mater."

In 2008, as the USA Olympic head coach, Donovan led the squad to winning a gold medal, making her the first player turned head coach to win gold as both.

A native of Ridgewood, New Jersey, Donovan was one of the most highly recruited high school players in the nation. A graduate of Paramus Catholic, the 6-8 center earned Parade Player-of-the-Year honors in 1979 before signing with ODU.

"She was the total package. An All-American basketball player was just the start," Former ODU senior associate athletic director for External Relations Debbie White said. "She was always willing to give of her time to anyone who asked. She will be missed."

As an ambassador for her sport, Donovan achieved international notoriety as a member of the gold medal United States basketball team in the 1984 Olympics and she continued to play with the national team through the 1988 Summer Games in Seoul, South Korea.

Donovan returned to Old Dominion in 1987 as a part-time assistant basketball coach, following five years of competition in Japan. She was later elevated to full-time and remained at the University until 1997. She also served as head coach at East Carolina University, where she led the Lady Pirates to the 1997 CAA finals.

She began her professional coaching career at the helm of the ABL Philadelphia Rage during the 1998-99 season. Donovan served as interim head coach with the Indiana Fever of the WNBA and in 2001 became the head coach of the Charlotte Sting of the WNBA.

In 2001, Donovan led the Sting to the WNBA finals and in 2002 won the WNBA Eastern Conference. In 2003, she moved to Seattle to serve as head coach, leading the Storm to the WNBA title in 2004. She also coached in the WNBA for New York, Connecticut and Seton Hall for four years.

Calling upon a coach who has been entrenched in USA Basketball for nearly three decades, USA Basketball announced on Jan. 12, 2006 that Donovan would serve as the head coach of the USA Basketball Women's Senior national team for 2006-08. She served as an assistant coach for team USA during its gold medal wins in 1998, 2002 and 2004.

In 2008, Donovan received an honorary doctorate from Old Dominion University. In 2010, she was inducted into the Hampton Roads Sports Hall of Fame.