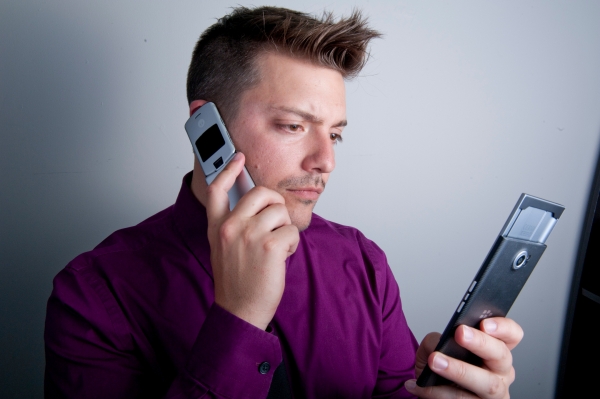 In his younger days, Michael Fisher dreamed of being an actor with a little bit of fame. These days, people stop him on the street, but not for a performance in a play or TV show.

Fisher is otherwise known as MrMobile, the YouTube presence who reviews all things technological. When he graduated from Old Dominion University in 2008, the job didn't even exist.

Fisher came to ODU with hopes of joining the Navy, left with a degree in theater and ended up doing something else. But in a way, he's been preparing for his current gig his entire life.

A self-described Star Trek geek, Fisher has always been interested in gadgets and camera work. He started combining the two in 2006, when he and his father built model boats and submarines and Fisher would film them in action on Long Island, N.Y.

He uploaded the videos onto YouTube for fun, but was surprised when he got a note from Google tell him to file tax information so he could claim his earnings. That was his first inkling he could make money on YouTube.

At Old Dominion, he spent lots of time on stage and also appeared in a Discovery Channel show, regional commercials and short instructional videos produced by the Navy.

After graduating, he did voiceover work recording books on tape for law students. He'd unwind after rehearsals by reading technology blogs, and began wondering if he could make a living doing that. In 2012, Fisher was hired by Pocketnow, a technology website, to write reviews and produce videos.

The transition from acting and voiceover work, he says, was natural — he's been a technology enthusiast his entire life.

In 2016, he was approached by Mobile Nations, another tech website, and was soon tapped to launch MrMobile. Now, he uploads videos at least twice a week, and his reviews span from cars to phones to headphones. His work takes him to conventions from Berlin to Barcelona.

In his reviews, which range from 5 to 10 minutes, he talks directly to his audience over poppy, upbeat music. As of late May, MrMobile had 607,000 subscribers and 63 million total video views.

Fisher's fans sing his praises in the comments section: "The fact that MrMobile doesn't have 1 million subscribers pisses me off. He is the best tech reviewer on YouTube hands down," a commenter wrote in September in response to his review of the Samsung Galaxy Note 8.

Another called his reviews "always precise and accurate. Keep it up!"

But they're not just for tech nerds.

"It's nice to be able to try, as MrMobile, to serve the audience of hardcore, frothing tech nerds who want to talk about silicon and clock speeds and all this stuff, but also cast a wide enough net where I can pull in people who are on the fringe," Fisher, 35, says.

Fisher, who lives in Boston, won't predict what he'll be doing in five years. Five years ago, he couldn't have fathomed his current career.

Now, he says, "I can't imagine doing anything else."

To see Fisher's reviews, go to www.youtube.com/theMrMobile. To see videos of the model boats and subs that Fisher built with his father, go to youtube.com/rapidnadion.

Kate Mishkin is a reporter for the Charleston Gazette-Mail in West Virginia. She's slowly warming up to technology and is the proud owner of an iPhone 6.

This article appeared in the winter issue of Monarch magazine. The spring issue will be available later this month at www.odu.edu/monarchmag 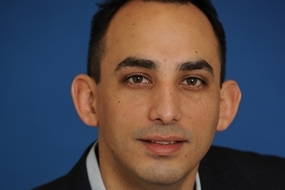 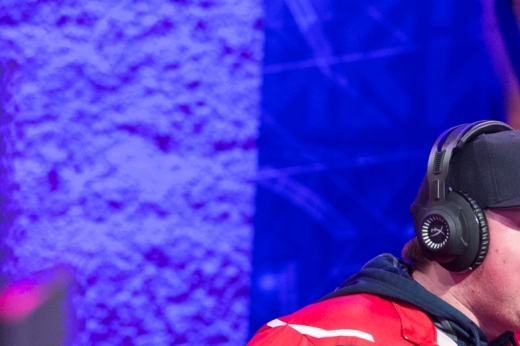 Fred Mendoza ’16 and Austin Painter ’17 were among 102 gamers drafted into NBA2K League, a 17-team eSports league owned by the National Basketball Association. (More) 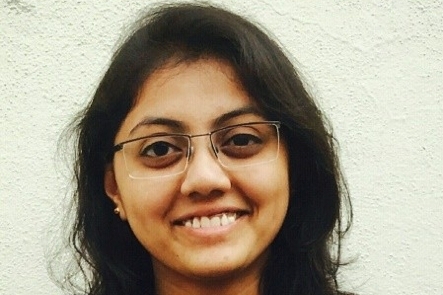 Shreya Varadaraj, who takes classes from her home in Bangalore, India, received ODUOnline's International Student Scholarship, worth $3,500, for the summer semester. (More)