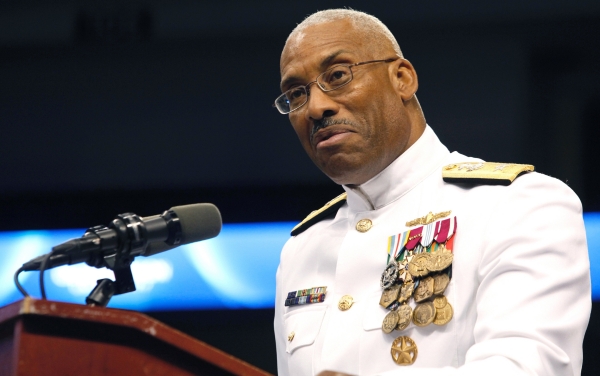 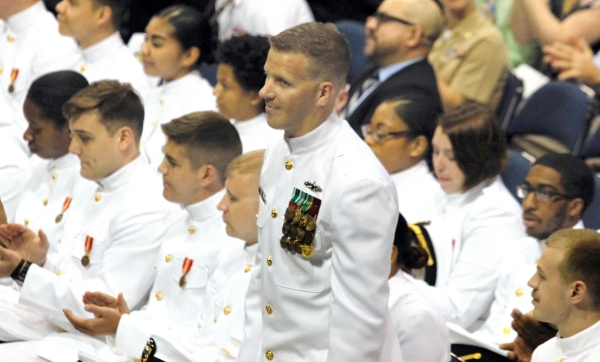 In a town known for its military presence, 39 of the Army, Navy and Marine Corps' newest officers joined the ranks at a Friday morning commissioning ceremony at Old Dominion University.

At the May 4 ceremony that included the joint ROTC program's four participating universities (Hampton University, Norfolk State University, Regent University and ODU), life went from campus and classrooms to deployments and defense for the newly-commissioned 2nd lieutenants and ensigns.

Representatives from the four universities praised the ROTC graduates' commitment, particularly in the light of the current political climate.

Greg Dubois, Old Dominion University's vice president for administration and finance, who welcomed everyone on behalf of President John R. Broderick, acknowledged the "challenging time" in which the new officers would be serving.

Dubois expressed confidence that the new officers were more than capable, citing their academic and military achievements as proof.

"These exceptional men and women did more than the average student: accumulating over 1,600 volunteer hours and obtaining an average G.P.A above 3.4," Dubois said.

"They will join the ranks of the world's finest fighting force, with our country's soldiers, sailors and marines in their charge. I am confident we are in good hands."

Guest speaker, Rear Adm. Jesse A. Wilson, began by inviting "all past and present military members in the audience to stand and remain standing" in recognition of their service.

"There is no better time to be a part of our armed forces, and to wear the cloth of this nation." Wilson said to the officer candidates.

Wilson is a 1986 Naval Academy graduate and 1991 graduate of the Naval War College of Newport, Rhode Island. He currently serves as commander, Naval Surface Force Atlantic where he is responsible for manning, equipping and training 55,000 sailors, marines and civilians stationed on 75 ships.

He highlighted the academic and military achievements of several graduates, including new ensign Bryson Goforth.

Goforth, who will receive a bachelor's degree in electrical engineering from Old Dominion University's Batten College of Engineering and Technology on May 5, was first of the more than 250 ROTC graduates nationwide for ship selection based on his order of merit: a combination of 3.91 G.P.A., Physical Readiness Test scores and military evaluations.

Goforth, because of his top position, was able to choose his next assignment among all available ships in the nation. He will join the crew of Norfolk-based USS Jason Dunam.

"This commissioning and graduation is only the starting point, hence the word 'commencement,''' Wilson said. "Everything you've executed here in your ROTC units will serve you well as you go forth to your next assignments."

Army ROTC was established at Old Dominion in September 1969 as part of the Darden School of Education. Since its inception, the program has grown in size and scope, with the establishment in the 1974-75 school year of a military science curriculum that is fully recognized by the University for academic credit. In 2003, the Faculty Senate approved an academic minor in military leadership studies. 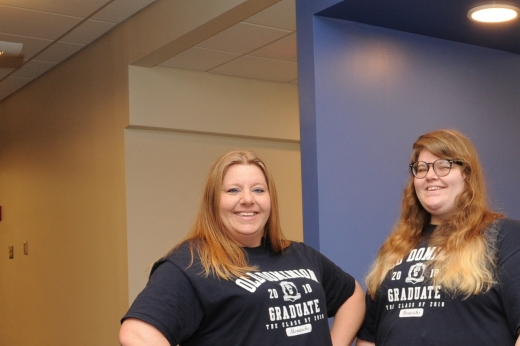 Mother and Daughter Receive Bachelor's Degrees on the Same Day

When Villa Cadle receives her bachelor's degree from Old Dominion University on May 5, she won't be looking to the stands to see her mother applaud. That's because Villa Cadle Sr. (both women share the same name; it's a family tradition) will be the next in line to get her own bachelor's degree. (More) 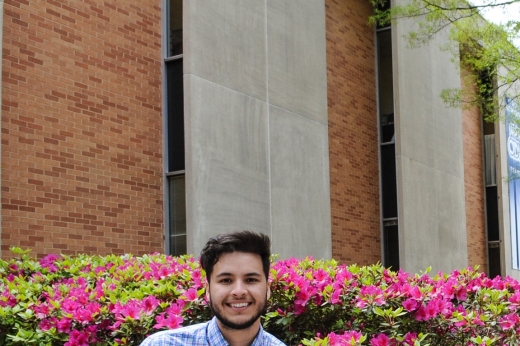 To say Humberto Arreguin Garcia is ambitious might be an understatement. As the award-winning scholar prepares to graduate from Old Dominion University with a Bachelor of Science degree in civil engineering, he is visualizing a possible future outside of engineering. (More) 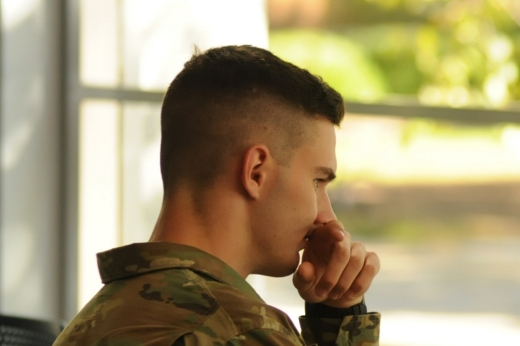 For the ninth year in a row, Old Dominion University has been named a Military Friendly school by Victory Media. (More)