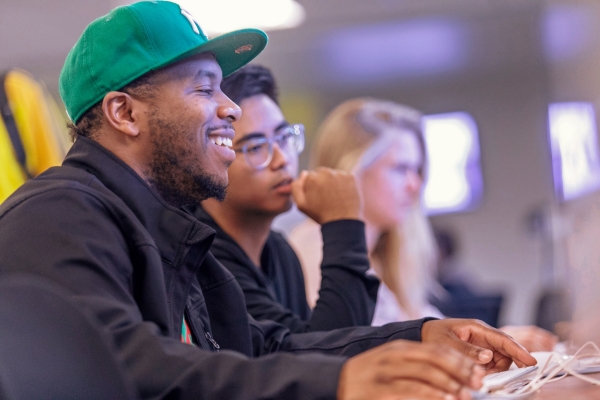 The Landmark Foundation in Norfolk will donate $5 million to Old Dominion University for scholarships to in-state undergraduates based on need. Nearly 500 students will receive scholarships of $2,000 each in the 2018-19 school year.

"The idea was to respond to the University's stated need for money to bridge the gap between the resources that people had versus how much they needed," said Frank Batten Jr., the president of the foundation. "I hope that this will help more students stay in college and not have to drop out because they were short by a little bit of money."

The Bridge the Gap campaign is part of Old Dominion's $250 million Legacy in the Making fundraising initiative. The University estimates that even after financial aid, students are short an average of $1,700 a year. That means that some may go without a meal or a textbook or, in the worst case, will leave Old Dominion before graduating.

"I appreciate the Landmark Foundation's significant generosity and the enduring commitment of the Batten family to Old Dominion and the well-being of its students," Old Dominion President John R. Broderick said.

About 475 students will receive the scholarships, to be known as Landmark Foundation Opportunity Scholarships, in the 2018-19 academic year. They can be renewed for up to $2,000 per year.

Frank Batten Jr. is a former rector of ODU's Board of Visitors. He serves as chairman, CEO and president of Landmark Media Enterprises and Dominion Enterprises. Batten House, a residence hall near Powhatan Avenue, is named after him.

Batten's father, Frank Batten, who died in 2009, was the first rector of Old Dominion's board. In 2003, he donated $32 million to the University. The Batten Arts & Letters Building and Batten College of Engineering & Technology are named after him.