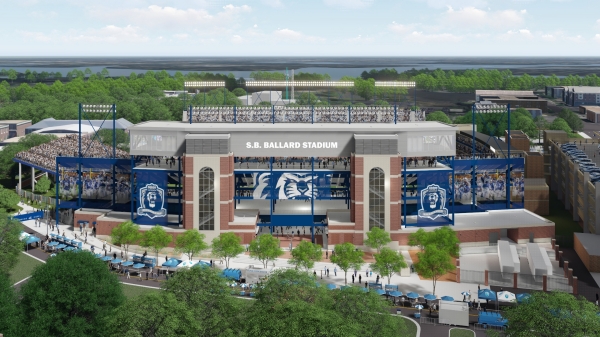 The first phase of the $65 million project will address many of the recommendations that fans made in a 2016 survey. 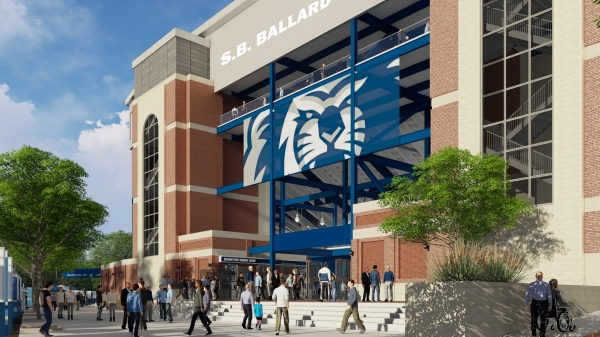 The project will not use state funds or require an increase in student fees. 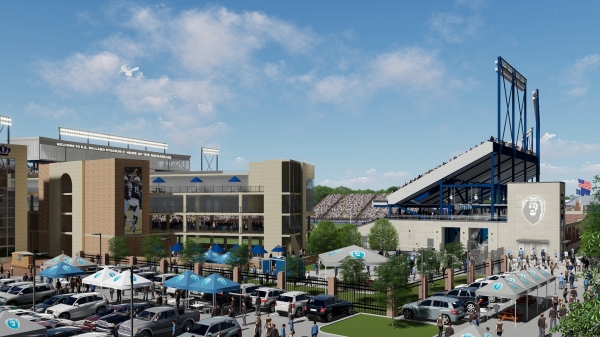 The east and west stands will be demolished and replaced to increase fan comfort and amenities at the 81-year-old stadium. 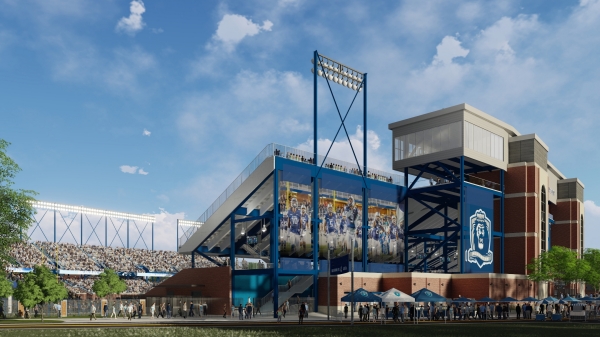 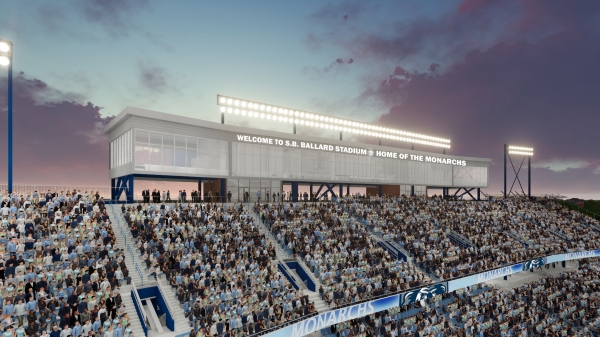 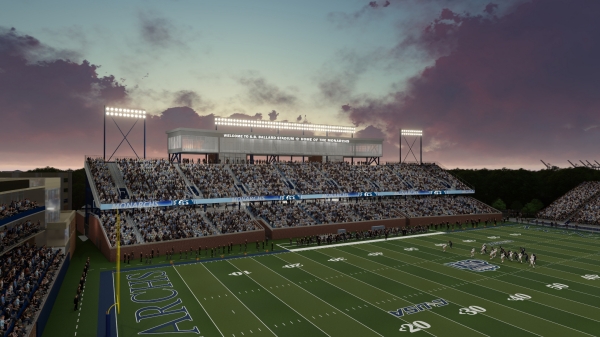 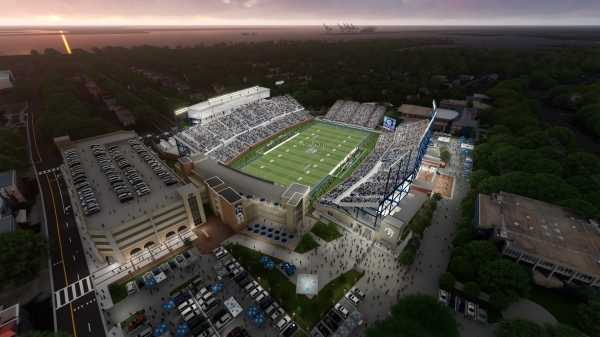 Phase 1 construction will begin this summer and should not impact the upcoming 2018 football season.

Old Dominion University has announced plans to rebuild and expand S.B. Ballard Stadium to enhance seating and add modern amenities. Construction will begin this summer and end before the home opener of the 2019 football season.

The project will not use state funds or require an increase in student fees. It will be funded by athletic revenue, private funding and bond proceeds.

The first phase of the $65 million project will address many of the recommendations that fans made in a 2016 survey. The stadium will have more than 21,000 seats.

"We are excited to begin Phase 1 reconstruction," said Greg DuBois, vice president for administration and finance. "Fan comfort and high-quality amenities are the primary focus of this phase. The project will help us create the type of game-day experience fans want and will set us up for future expansions."

The University's Department of Design and Construction is working with Intercollegiate Athletics and a design and construction management team including Moseley Architects, Populous and S.B. Ballard Construction Co. "The reconstruction schedule is ambitious, but fortunately we have some of the finest firms in the country working on this project," said Athletic Director Wood Selig.

New and enhanced seating. The east and west stands will be demolished and replaced to increase fan comfort and amenities at the 81-year-old stadium. New mid-field fixed-back seating will be complemented by bleacher seating with backs. Legroom will increase by at least 9 inches for every seat in the bowl, an amenity that addresses a primary concern in the survey. The configuration of the seating bowl will also bring fans 10 feet closer to the sidelines and provide better sightlines over the players' benches, creating a more intimate environment. The seating will also be angled along the sidelines, allowing for better viewing of the game action.

Improved traffic flow into the stadium. Renovations also will include new entries to the stadium to improve the flow of fans around the facility. An arched entrance gate at the "historic" Foreman Field entrance on the east side will face the existing Williamsburg Lawn and provide a location to honor Old Dominion legends. A new west entry gate with a pre-game plaza will be centered below a new press box. An entrance dedicated to students will be added, complete with concession space and special pre-game activities for students.

Stadium updates. New concessions - providing more than 45 food and merchandise points of sale - and more restrooms will be added on new 30-foot-wide ground-level concourses on both the east and west sides under the new grandstands. The concourse will be an integral part of the game-day experience, designed so that sound permeates the concourse, allowing fans to continue to enjoy the game atmosphere even when they leave their seats.

The mezzanine-level concourse, a 30-foot-deep deck, will ring the east and west lower bowls, providing views of both the field and concourse level below. The public mezzanine will also have social places for fans to mingle and allow for concession kiosks within direct view of the field.

A new press box facility, which will be two stories higher than the existing box, will contain state-of-the-art spaces for television, radio and print media, and for the visiting and home coaches.

A new stadium sound system will be installed, complemented by new sports lighting that will provide better quality game lighting for high-definition cameras and broadcasts. Media and fascia panels will be added along the split bowl on the east and west sides for ribbon scoreboards.

Preserving ODU's heritage. The University will memorialize the history of Foreman Field by, among other things, referencing the iconic arches of the original stadium and incorporating Foreman Field's brick pattern into the new design. The City of Norfolk seals and Foreman Field brick relief panels so prominent on the west and east sides of the existing stadium will be recreated in the architecture of the new stadium. The University also anticipates a visual installation near one of the main entrances with images of the original stadium and descriptions of its prominent place in the University's history.

The first part of the construction project is designed to accommodate future phases without demolishing any of the new build. The entire stadium, including the seating bowl design, will be configured to allow the building to expand in the future. This layout will allow for a potential future connection to the existing south end zone game day building on the mezzanine concourse level, a connection to a north end zone seating expansion and the addition of a club area and premium spaces.

Phase 1 construction will begin this summer and should not impact the upcoming 2018 football season. The construction will occur between the 2018 and 2019 seasons, so that there will be no loss of competition dates and the Monarchs will not have to play a home game outside S.B. Ballard Stadium.

Moseley Architects, based in Virginia Beach, has designed several projects for ODU, including the award-winning Ted Constant Convocation Center in 2002 and the Jim Jarrett Athletic Administration Building in 2007. International design firm Populous is known for its stadium renovation work at Kansas State University, the University of Oklahoma and Texas A&M University. S.B. Ballard Construction, a general contracting firm based in Virginia Beach, has managed numerous construction projects for ODU and other large universities. Its most recent ODU projects include the new Education Building , the Jim Jarrett Athletic Administration Building and the Barry Arts Building. Moseley and Populous previously worked together on the planning study for the stadium project.

"We are going to have a great product - an enhanced facility that our students, friends and fans and the entire university community will be very proud of and will enjoy," DuBois said.