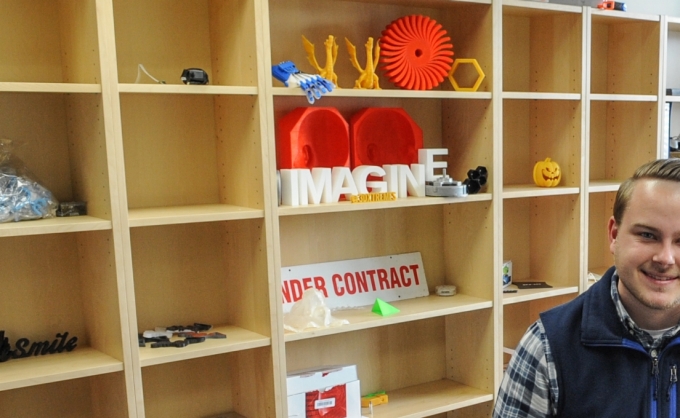 Blade Taylor sitting inside of his office space with a design model at ODU's Innovation Center in downtown Norfolk.

When student entrepreneur Blade Taylor came to Old Dominion University in 2015 he had one thing on his mind - networking.

The resources and tools he received during his three years at Old Dominion University helped him turn a high school business idea into a thriving company.

Taylor, who will receive a bachelor's degree in marketing, will join about 2,900 graduates at the University's 128th commencement exercises on May 4 and 5 at the Ted Constant Convocation Center.

Taylor, a Virginia native, had been accepted into the Harvard Extension School in Cambridge, Massachusetts. But he was leaning toward ODU after hearing positive feedback from a friend about its entrepreneurship program.

"The minute I set foot on this campus for a tour, I knew I wanted to be part of the forefront of entrepreneurship here, so I chose ODU," Taylor said.

"This was our first big step in getting out of the safe zone of having a rent-free space at ODU," Taylor said. "It was a phenomenal place to get started, and now our next step is to operate independently."

The company, which mainly works with private inventors to help turn ideas into products, has expanded its reputation in the community. 3D Xtremes has worked with the Army and S.B. Ballard Construction to train officials on how to use equipment and design concept models for buildings.

Nancy Grden, executive director of the Strome Entrepreneurial Center, said she was impressed with Taylor's skills from the beginning.

"Blade exemplifies entrepreneurship, as we see with his problem-solving, initiative, continuous improvement and communication skills," said Grden. "In addition, he has been a leader here at our center, partnering directly with other entrepreneurs as they grow their businesses."

Taylor began making an impressive mark long before college. In his last two years of high school, he was accepted into the Virginia Governor's School Program for gifted students. He graduated as the valedictorian from Greensville County High School in Emporia in 2015.

But Taylor's success didn't come stress-free. There were times, he said, when he wondered if he could actually do it all.

"Working as a one-man team, being a student, having a job and running a business is not easy," he said. "Before you try to do anything, you need to do everything."

"Blade has demonstrated outstanding maturity and drive to succeed," said Steve Schultz, a lecturer in the Department of Marketing and one of Taylor's professors. "We are supporting our partner Electronic Systems by providing a great student."

Taylor plans to stick around at ODU to help out when he can and share his story with other students and aspiring entrepreneurs. 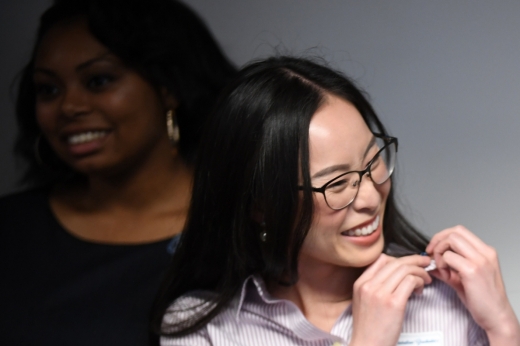 In recognition of first-generation college students slated to graduate in May, Old Dominion held its inaugural “pinning ceremony” on April 11. (More) 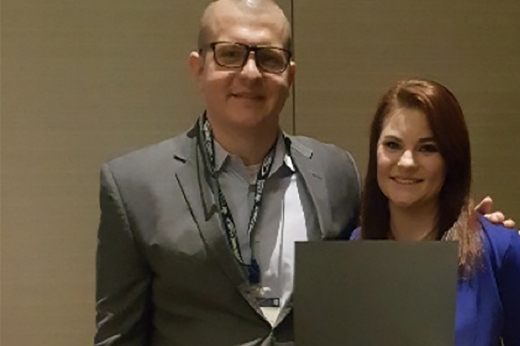 Amanda Yessick, a master's student in the health and physical education program in the Darden College of Education, recently received the Adapted PE/Activity Graduate Student of the Year Award from SHAPE America at their national convention and expo. (More) 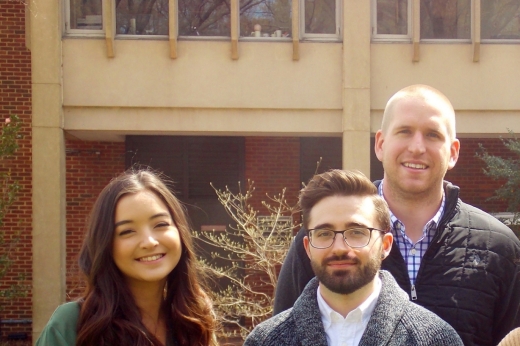