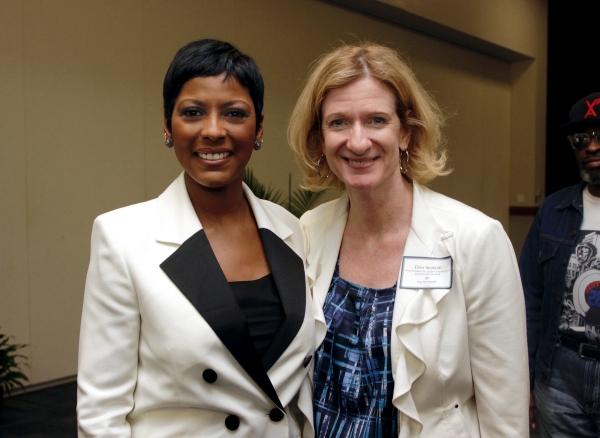 Tamron Hall, the award-winning journalist and host of "Deadline: Crime with Tamron Hall," drew an audience of nearly 900 to Old Dominion University March 15 as the Women's Center Speaker in the President's Lecture Series.

"A great leader will forge paths for us to walk through. Not because it is easy, but because it is the right thing to do," Lett-Brewington said. "For over 40 years, the Women's Center has worked hard to forge pathways for leaders. Tonight, our speaker, Tamron Hall, will share with us how she has done the same thing for the world of broadcast journalism and investigative journalism."

Rather than a prepared lecture, Hall provided a collection of personal reflections and anecdotes dating back to her childhood. She said she looks to the community around her to provide inspiration.

"I don't write speeches," Hall said. "What I try to do is, when I arrive somewhere, I try to eavesdrop on conversations, I try to walk around and get the energy of the people I'm about to talk to."

Her brief stay at Old Dominion led Hall to talk about the benefits of diversity.

"I saw all of these people pass by my hotel window: black, white, women and men. Watching all of them, I was able to get a feel of what this community was like," she said. "I see the diversity here."

Born in rural Texas, Hall graduated from Temple University before starting her career as a general assignment reporter at KBTX in Bryan, Texas, and KTVT in Dallas.

Hall then spent 10 years at WFLD TV in Chicago where she held a number of positions, including general assignment reporter, consumer reporter and host of the three-hour "Fox News in the Morning" program. She also anchored the station's weekday morning show and served as a noon anchor. At WFLD she was nominated for an Emmy for her consumer segment, "The Bottom Line."

It was during her time at WFLD that Hall's sister was murdered at the hands of an abusive boyfriend. At the time, Hall was unfamiliar with the cycle of domestic violence and the reasons why women return to men who physically abuse them.

"My sister and a significant other stayed in my house, and he was violent with her. She ended up with a knot on her head, but he told me she had fallen over a table. I knew he was lying; it was a mess. I kicked him out, but when I woke up the next morning he was back in the bed with my sister. I told them both to leave," Hall said. "The guilt I had after my sister died was centered on that day. I didn't know what I know now about domestic violence. You don't berate or reject them for staying. Rather than embrace her at that time, I lashed out."

Hall left Chicago for a job on NBC's TODAY show, ultimately serving as the show's first, African American co-host. She also anchored "MSNBC Live with Tamron Hall" for the network.

She received the 2015 Edward R. Murrow Award for Reporting: Hard News in Network Television for her segment on domestic violence in TODAY's "Shine A Light" series.

Hall also served as a correspondent for the NBC News special, "The Inauguration of Barack Obama," which won an Emmy in 2010 for outstanding live coverage.

Temple University awarded Hall the Lew Klein Alumni in the Media award in 2010 and appointed her to its Board of Trustees in 2015. 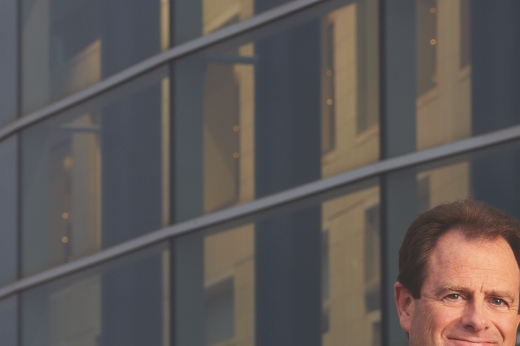 ODU President to Speak on Accountability Panel in D.C.

Old Dominion University President John R. Broderick will speak about accountability in higher education at a national forum in Washington on March 21. (More) 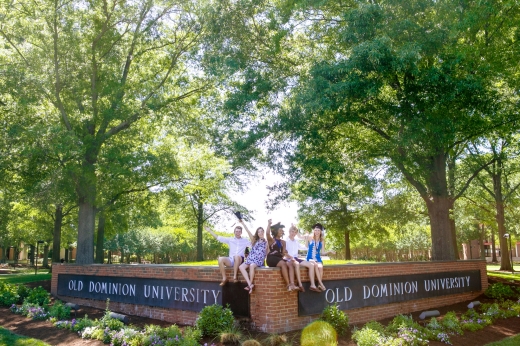 The ODU Day of Giving was an online challenge issued to alumni, parents, students and friends of the University to make a statement of support for Old Dominion. (More) 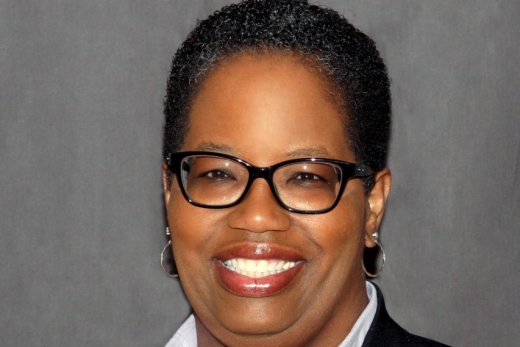 Adams will serve a one-year term as president-elect beginning in June 2018 and will then serve for a year as president of the professional association. (More)