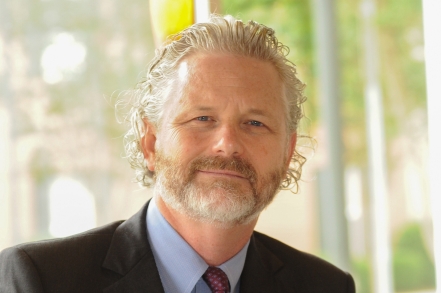 Eric Weisel has officially been named executive director of the Virginia Modeling and Simulation Center at Old Dominion University after an international search.

Weisel, who's also an associate vice president for applied research, has been VMASC's interim director since June 2017, after the retirement of John Sokolowski that April. Weisel is the sixth director of the center, which is based in Suffolk.

As director, Weisel seeks to lead VMASC to further research diversity, including digital innovation in research and simulation, data analytics, cybersecurity and autonomous systems sciences. VMASC researchers have an exhibit in the Perry Library that visualizes emotions in tweets through automated intelligence, creating a visual map of sentiments across the University. For about the exhibit, click this link.

VMASC is one of the university's enterprise research centers, focusing on advances in modeling and simulation, data analytics, and cybersecurity.

"Although we apply these technologies to many fields such as policymaking, transportation, advanced manufacturing, autonomous systems and healthcare, computational modeling is at the core of everything we do," Weisel said.

As interim executive director, Weisel helped secure two Go Virginia awards, more than $5 million in new awards overall and ODU's membership in the Systems Engineering Research Center, making the University one of only 28 with direct access to Department of Defense contracts, said Morris Foster, vice president for research at ODU.

"Eric will continue to focus VMASC on providing innovative solutions for government and the private sector as well as helping the entire university become more engaged in applied research," Foster said.

Weisel is also one of the first graduates of VMASC, receiving his Ph.D. in engineering with a concentration in modeling and simulation in 2004. Prior to entering the technology research field, he served as a U.S. Navy submarine officer on Los Angeles-class attack submarines and Navy staffs. He is a graduate of the United States Naval Academy and holds a M.S. in Operations Research from Florida Institute of Technology. He serves on numerous modeling and simulation-related organizations and committees.

"Returning to VMASC is full circle for me. Sixteen years ago, as I was transitioning out of the Navy, I wandered into VMASC to find out what modeling and simulation was all about," Weisel said. "Two weeks later, I had enrolled in the then-new Ph.D. program in modeling and simulation and had a job at VMASC as a project scientist. I am honored to now have the opportunity to lead this exceptional crew." 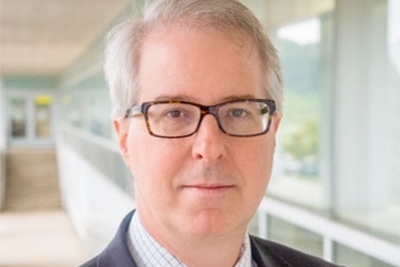 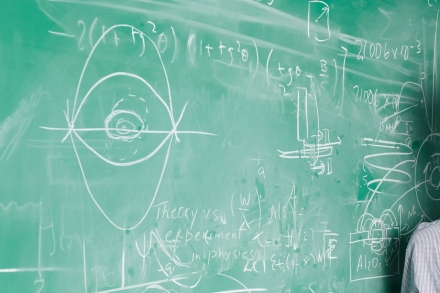 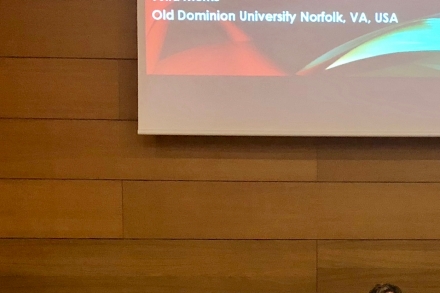 Judith Dunkerly-Bean and Thomas Bean are tackling the problem with an innovative approach to addressing literacy issues. (More)