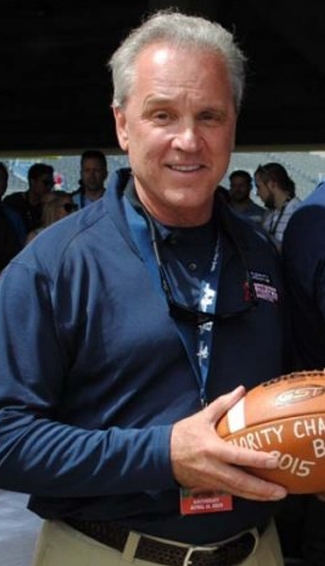 Dennis Ellmer, founder and CEO of the Priority Automotive Group 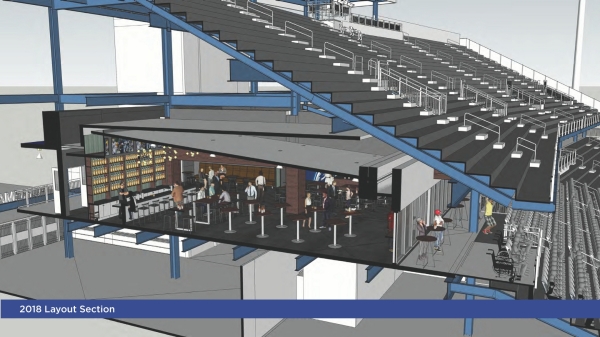 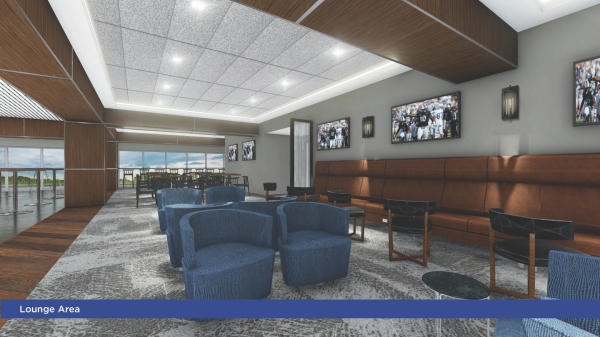 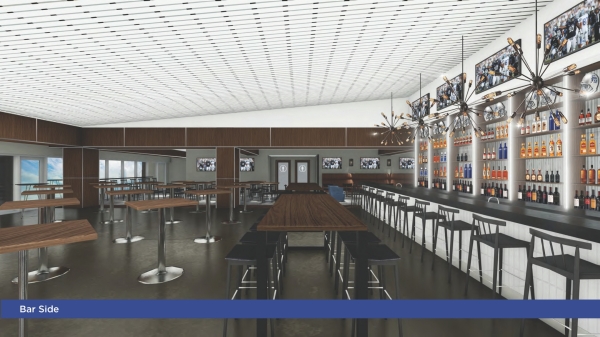 Norfolk native Dennis Ellmer, an Old Dominion University alumnus and founder and CEO of the Priority Automotive Group, has made a $1.5 million commitment to his alma mater to help rebuild its football stadium.

Because of Ellmer's generosity over the years, a recently-approved club area at S.B. Ballard Stadium will be known as the Priority Automotive Club.

Ellmer has long been one of ODU's most generous donors. He said ODU's mission as a metropolitan university that educates students from all walks of life, and its focus on technology and engineering, inspired him to support his alma mater.

Ellmer attended ODU for several semesters after graduating from Norview High, but never graduated from the University. He was too much in a hurry to make his mark, but says he never forgot what he learned in business classes at ODU.

"I'm so proud of what ODU does academically," he said. "Those who haven't visited campus recently will be blown about what they see at the University. We've got a great thing going on at ODU.

"ODU's faculty and staff care about their students. They have created so many organizations and programs to help students succeed and keep them engaged."

Ellmer said ODU President John R. Broderick invited his chief financial officer at Priority, Stacy Cummings, to bring his two sons, who have applied to MIT and Harvard, for a campus tour.

The Cummings family was so impressed with ODU's state-of-the-art facilities and academic strength of the sciences and technology programs that one of their sons is now considering ODU.

"John Broderick has been a great President for Old Dominion," Ellmer said. "The University has really grown under his direction. Obviously, he played a big role in bringing football to ODU, but he's done so much more with academics and fundraising

"I love the University and the way things are going there."

The new 5,000-square foot Priority Automotive Club will be built on top of the first level of the west side of the stadium and will provide luxury amenities for 400 fans. The back end of the club will offer a spectacular view of ODU's campus and the Elizabeth River.

For football games, there will a bar area and an all-you-can-eat buffet. The food is included with ticket prices. Alcoholic drinks are not.

Club members will be able to walk directly from the club to their seats, located on rows 1 through 14 at midfield.

The Old Dominion Athletic Foundation, ODU's private fundraising foundation, is selling seats to major donors in sets of four for $7,500.

ODU has sold 124 seats in the club. "And that's just with us talking with donors without any promotion whatsoever," said Jena Virga, senior associate athletic director for development.

These will be the first premium seats the University has offered outside the south end zone since ODU began playing football in 2009. "This is what our fans have been waiting for, the opportunity to have premium seating on the sideline," Virga said.

S.B. Ballard Construction is scheduled to tear down the existing sidelines of the 82-year-old stadium and replace them with modern and far more comfortable seating. The south end zone suites and loge seats and parking garage will remain unchanged. So will the 5,000-seat north end zone, which was added in the early 1960s.

ODU recently received permission from the state to add the $2.5 million club to the stadium. Although it is being funded privately, nearly all construction projects at state universities must be approved by the commonwealth.

"We believe it is critical to have this as part of the first phase of the stadium renovation, as the stadium reopens," said Greg DuBois, ODU's vice president for administration and finance.

"We're very happy that we were able to get it added to the project and very appreciative that the state gave us permission.

President Broderick said he knew Ellmer long before he was named president a decade ago. He said he is touched by Ellmer's dedication to ODU.

"His work in private philanthropy and his dedication to helping children is legendary. Dennis Ellmer is one of the most generous and kindest business leaders we have in the region. He has a big heart and cares so much for Old Dominion because he knows what we are doing for all of Hampton Roads."

Ellmer took control of the Charity Bowl football game, now known as the Priority Toyota Charity Bowl, and rescued if from certain demise. In the last three years, it has raised more than $1 million for local children's charities.

Ellmer moved the game several years ago to ODU, where it is played after the Monarch spring football game. It morphed from a tackle game into a flag football game.

The game may take a hiatus in 2019 and return in 2020 while the stadium is being constructed.

"The Priority Automotive Club will provide a quality place for us to entertain business people who donate to the Charity Bowl," Ellmer said. "That's one of the many reasons I wanted this naming opportunity. I knew what an asset it would become for the Charity Bowl."

Athletic director Wood Selig said he expects it will become a venue for other events, including celebrations, reunions, meetings and sit-down meals.

There will be about 15,000 seats on the new stadium sidelines. All will have back support and far more leg room than the stadium's current seating. Nearly one-third will be chairbackseats.

ODU plays its last game at S.B. Ballard Stadium on Saturday, Nov. 17, against VMI. Demolition is set to begin on Tuesday, Nov. 20. The new stadium is set to open on Aug. 31, 2019, against crosstown rival Norfolk State.

"The Priority Automotive Club not only provides a great amenity for our fans but it is also critical to the success of our football program. It helps pay for the stadium and fulfills our commitment to do this without increasing student fees," DuBois said.

Virga said some loge seat members have purchased tickets to the club, but are keeping their loge seats as well. So far, she said, no one that ODAF has approached has turned down the opportunity to purchase seats in the club.

"This is going to provide an incredible experience for our fans, something we haven't been able to offer before, and an experience that you expect in an FBS stadium," athletic director Wood Selig said.

"We're so thankful to Dennis for his generosity. We had to have people like Dennis step up to make this happen. We need to generate substantial private support for the stadium and this is a significant first step."

DuBois said that the decision to add the Priority Automotive Club wasn't made in a vacuum. The University had data that convinced them that there was a demand for more premium seating.

"There's a market for it, so part of it is that we're responding to the market," DuBois said.

"We want to be able to offer a high-quality experience and offer amenities as good any other stadium in our conference. The Priority Automotive Club will allow us to do that."

Ellmer's gift will help ODU athletics reach its goal in the University's $250 million "Legacy in the Making" fundraising initiative. For this campus-wide effort, the Office of University Advancement is engaging ODU alumni and community constituents as partners in achieving four key objectives: student scholarships, student success, academic enhancements, and athletics. The campaign's top priority is providing scholarship support and keeping an ODU education accessible and affordable for students and their families. 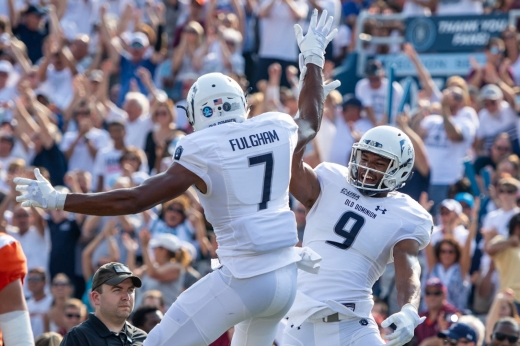 A Win for the Ages

ODU victory was the biggest in school history, and a sweet one for President John R. Broderick (More) 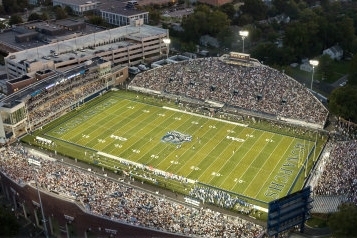 After the festivitiesI, the renovation of the stadium will begin in earnest. It's expected to be ready for the 2019 season opener against Norfolk State. (More) 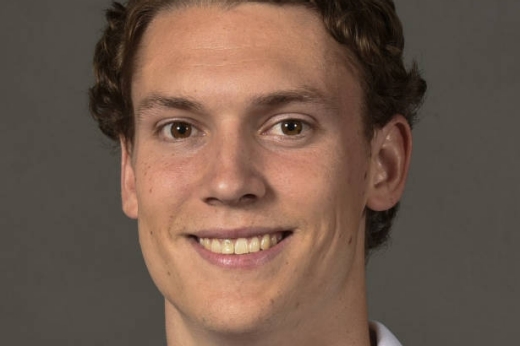 The quarterback, whose faith keeps him grounded, was confident when he got his chance against the Hokies. (More)