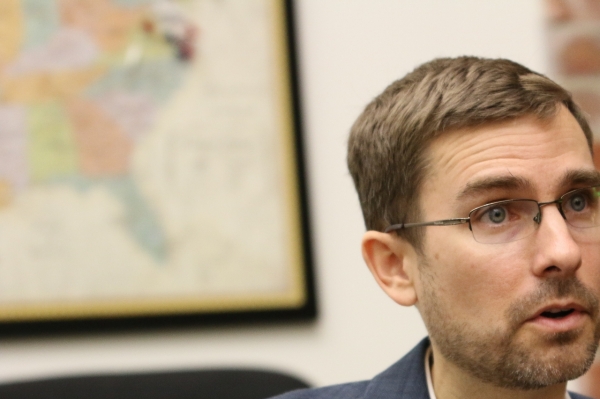 When Luke Downing travels, he tries to do something that makes him uncomfortable.

"I'm not really a heights person," said the 2001 graduate of Old Dominion University's Patricia & Douglas Perry Honors College. "But every time I go to a city, like I just got back from Toronto, I make it a point to do the tallest thing there. So we just had dinner at the top of the CN Tower. It moves. And I was in Italy this summer and went to the top of the tower in Sienna.

Downing, president of the Norfolk-based IT company Mode5, applies the same philosophy in his professional life. He will share his experiences Oct. 11 when speaks in the Perry Honors College's "Real Talk" series, which brings an alum to campus each semester to speak to students.

"I am delighted that Luke agreed to be our inaugural speaker in the series. His story takes us on a journey that starts with a vision and then shows us how to make that vision a reality," said David Metzger, dean of the Perry Honors College and an Entsminger Fellow.

Downing's wife, Alicia DeFonzo, is a lecturer in the English department and encouraged him to give the talk. She will moderate the event.

Downing co-founded Mode5 in 2002 with fellow ODU alum - and best friend - Matt Bakey, who also serves as president of the firm. The company now employs 27 people and provides IT services for hundreds of clients, the majority based in Hampton Roads.

Downing graduated with a bachelor of science degree in finance, with minors in communication and accounting. Bakey got his degree in management information systems. When they launched the company, Downing said, he was a "hobbyist" with computers. He knew he had to bring his technical skills up to speed quickly.

"It was kind of like drinking from a fire hose," he said.

They started with enough money for the business to survive for about six months.

"If we didn't make any money at that point, then we would have just gone to get a different job," he said. "We were very fortunate. There were a lot of people that were very supportive of us very early on, particularly in Norfolk, particularly in Ghent."

Downing describes his company as an outsourced IT department.

"Instead of hiring IT personnel, businesses who don't want to do that, either strategically or because they're not there yet, hire us to really take care of the technology, soup to nuts," he said. "We provide the equipment, we provide the service, and the IT strategy. We focus on security, disaster recovery, preventative maintenance, network management and help desk support.

"We like to take the technology off their plate so they can focus on really fulfilling their organization's mission. That's what gets me excited - being able to help clients achieve their goals."

Despite the company's success, Downing said "there's never been a point where I thought we've made it."

"I think as soon as you feel you've made it, you have a problem," he added. "There's a lot more that I see that we could be doing. You can always be better. We can always serve our clients better. That's one of the things that keeps us motivated."

Downing also pushed out of his comfort zone when he was a student at ODU. He came to the University as "a nervous public speaker." So he took Sandra Jo Washington's advanced public speaking class.

"She was absolutely fantastic," Downing said. "I really decided to get a minor degree in communications largely because of her, just because whether it's at work or in your interpersonal relationships, that's such a big deal.

"I still share a lot of the principles I learned from her in communications with my team."

As for advice to budding entrepreneurs, he urges them to be daring.

"I think a lot of people don't take enough risks," he said. "It doesn't mean you have to know everything, because you can talk yourself out of doing that forever. I mean, we didn't know anything when we started. I think it's important to take action, but I think along the way you've got to always keep learning." 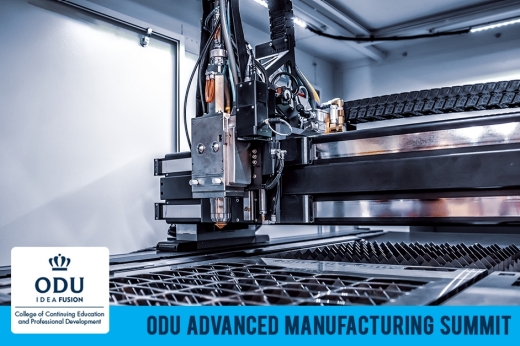 The all-day event will feature technical panels and discussions. State Del. David E. Yancey will be the keynote speaker. (More) 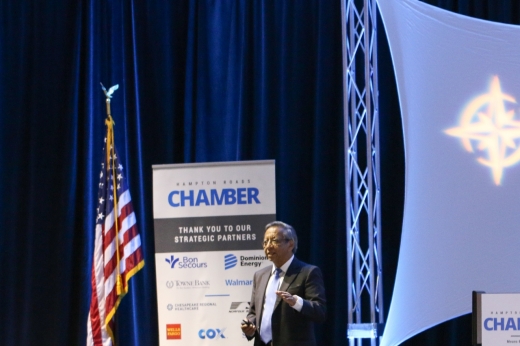 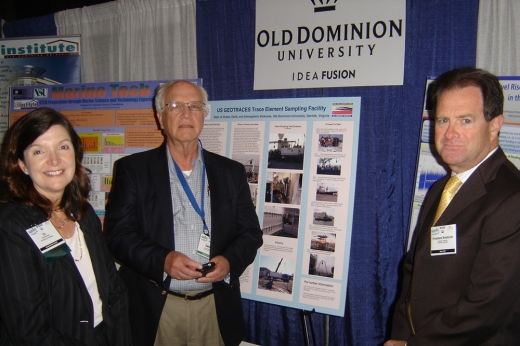