Transfer Students Have Many Reasons for Picking ODU 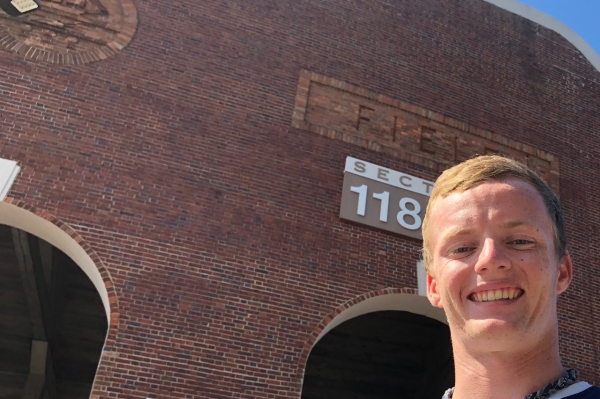 After transferring from Alderson Broaddus University in West Virginia to Lord Fairfax Community College near his home in Northern Virginia, Michael Tucker was searching for a four-year school to call home.

He was accepted at several, including the University of South Carolina. That was enticing because it has a large marching band. He played in the drum section at Alderson Broaddus.

But all it took was a visit to Old Dominion to sway him to Norfolk.

"I came down here to audition for the drum line," Tucker said. "After talking to three or four people here, I said, 'OK, this is the place I want to be.'

"Students going to school here want to be here. They seem to take pride in the excellence in everything they do. You don't see that everywhere. That's what I was looking for."

ODU enrolled its largest freshman class ˗ 3,100 ˗ this fall. But Jane Dané, associate vice president for enrollment management, said transfers such as Tucker have been vital in allowing the University to maintain steady enrollment. Nationally, college enrollment has declined for the past six years, according to Inside Higher Ed.

"We will actually have more transfer students enroll here than freshmen over the course of a year," she said.

Many transfers come from community colleges, others from four-year schools. Some military-affiliated students transfer because they had been stationed in Hampton Roads.

Some, like Dong Hyun Sung and Junsu Lee of South Korea, transfer from other countries. The lifelong friends served a two-year military obligation in the Army together.

Coming to another country was easy compared to the military, they said. "Living in a barracks for two years was pretty annoying," Lee said.

They are exchange students from Yonsei University in Seoul, one of oldest and most prestigious schools in South Korea. They are scheduled to return to Korea next year to complete work on engineering degrees.

But Lee said he hopes to finish school at ODU.

Both came here polish their English skills. Sung said he needed to be immersed in a language he learned at school but had little opportunity to practice in Seoul.

Sung said he understands everything his professors say but has trouble at times speaking English.

"I'm getting better," he said. "People here have been very helpful."

They were among 50 or so students who gathered at the Webb Center to eat free pizza and do a little social networking during a recent Transfer Tuesday.

For Danielle Lascara, transferring to ODU was almost a given. She graduated from the Chesapeake campus of Tidewater Community College and is majoring in nuclear medicine. She never considered going anywhere but ODU.

"I wanted to take all of my prerequisite courses at TCC," she said. "ODU is a family school."

Ashley Adkins grew up in Richmond and started at Mary Washington before transferring to John Tyler Community College in Chesterfield County, where she got an associate's degree. She also considered enrolling at Virginia Commonwealth University.

"But I'd been in Richmond my whole life," she said. "I like ODU's campus, and there were no problems in transferring my credits here. It was so easy."

"We've been expanding what we offer online," she said. "Graduate students, especially, are moving online."

That includes MBA students, who frequently must take classes around unpredictable work schedules.

"We're feeling the effects of the decline," Dané said.

ODU has a preview program designed for transfer students. "They have an opportunity to sit down with an adviser and are introduced to all of our services here," including academic support services, she said.

Tucker majored in criminal justice and communications before coming to ODU, where he is majoring in exercise science. He will complete his degree with an internship during the summer but hopes to walk in the May graduation.

He plans to become a strength and conditioning coach for a professional sports team. He said he's glad he came to ODU.

"The classes here have been challenging," he said. "The drum line has been great. I've met a lot of really cool people. The football victory over Virginia Tech, that was a lot of fun.

"Going to ODU has been everything I hoped it would be." 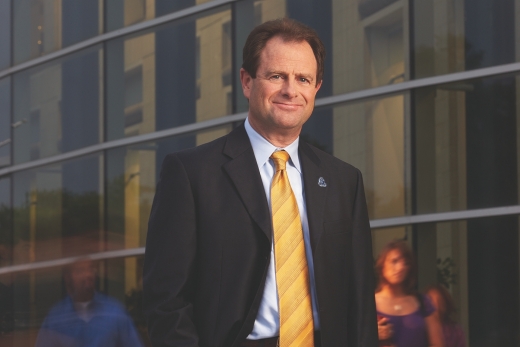 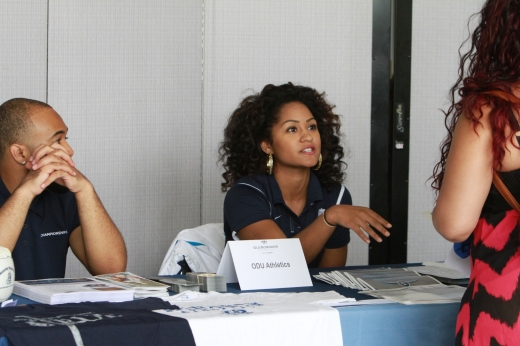 The University, which is an innovator for creating pathways for transfers, will host events during the week of Oct. 15-19. (More) 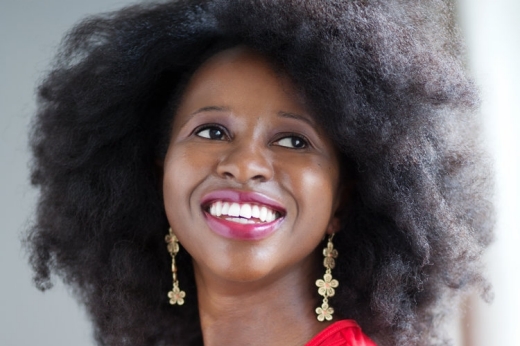 Imbolo Mbue to speak as part of President's Lecture Series

The best-selling author of "Behold the Dreamers" will be the 41st annual Literary Festival speaker on Oct. 24 at the Ted Constant Convocation Center. (More)