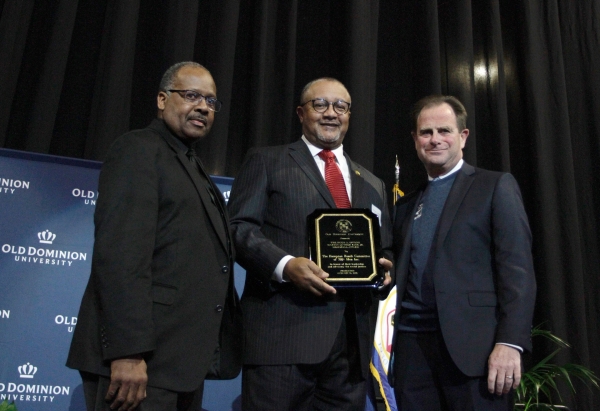 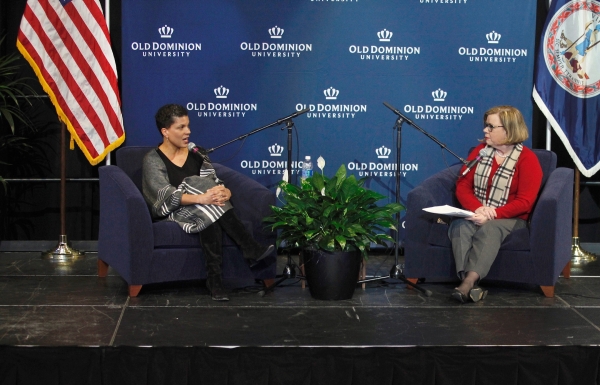 Old Dominion University welcomed New York Times best-selling author Michelle Alexander Jan. 16 as the first speaker in the Spring 2018 season of the President's Lecture Series. She was also the speaker for the President's task force on Inclusive Excellence and the Martin Luther King, Jr. Observance speaker.

Alexander attracted an audience of 1,700 -- the largest crowd in the history of the series -- to the event, which was presented as part of the President's Task Force on Inclusive Excellence initiative and was moderated by WHRV's "HearSay" host, Cathy Lewis, who serves as the University's Community Engagement Liaison.

Best known for her 2010 book, "The New Jim Crow: Mass Incarceration in the Age of Colorblindness," Alexander is a civil rights lawyer, advocate and legal scholar. She has spent much of her career rallying against the United States criminal justice system, particularly her belief that it targets low-income people of color.

Dr. Owens, known throughout the Hampton Roads community for his civil rights activism and community leadership, served on the University's Board of Visitors from 1990 to 1994 and was board's first African American rector.

The award honors organizations or people who have demonstrated a genuine concern for their fellow citizens and a commitment to Dr. King's principles of peace and equality.

"Consideration is given to achievements in civil rights, government, housing and social programs," Broderick said. "Recipients must have demonstrated leadership, dedication and persistence over a period of time."

During her hour-long lecture, Alexander drew applause and cheers from the crowd.

"No other country in the world has a penal system like ours," she said. "Anyone who has been incarcerated in the U.S. - and that's largely the African-American population -- has permanent, second-class status. They can't find work; they can't vote; and they are trapped in a cycle destined to repeat itself. It's a caste system."

For the first time in the series' history, audience members were able to tweet questions to the host by using the hashtag #ODULIVE.

In her answers, Alexander addressed additional topics including how the legalization of marijuana might impact prison populations.

"Even though studies have shown that people of color are no more likely to use or sell illegal drugs than whites, they have been overwhelmingly the target of the drug war," Alexander said. "I think the investment of more than a trillion dollars in the drug war as opposed to education or job creation in poor communities has been nothing less than disastrous."

Following her lecture, Alexander spent time signing her books, for sale at the event, and speaking to audience members. She sold more copies of her work than any speaker in the series history.

Alexander's books are currently available for sale at the Village Bookstore on Monarch Way. 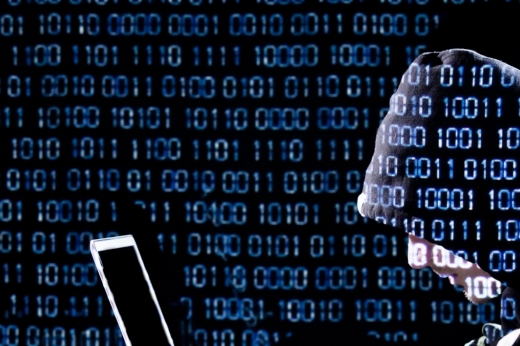 The latest installment of the popular Science Pubs lecture series will be held at the Coelacanth Brewing Company and will focus on cyber research and resiliency. (More) 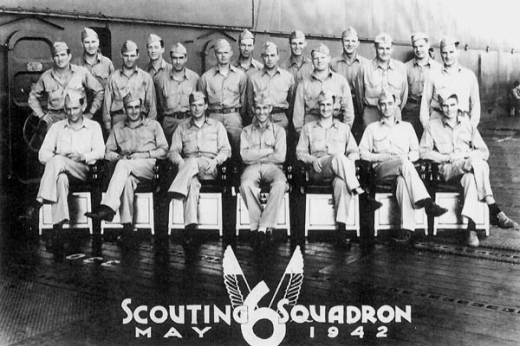 World War II dive-bomber pilot Dusty Kleiss never considered himself heroic. But his actions during the Battle of Midway, which are chronicled in his memoir, "Never Call Me a Hero," certainly qualify. (More) 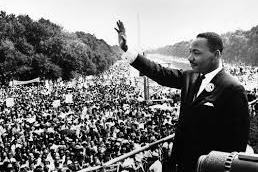 Students to March In Honor of Martin Luther King, Jr.