Victoria Time: A Wake-up Call for Women in Africa 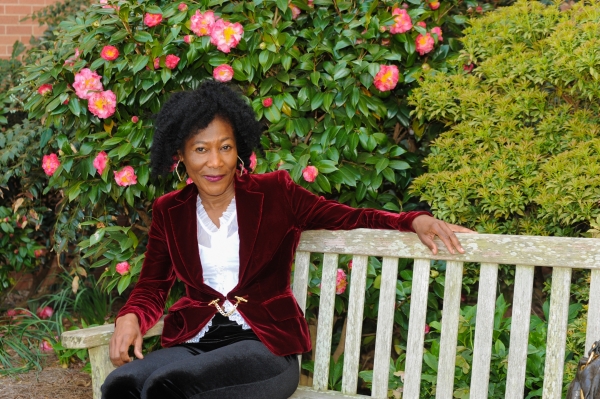 The way Victoria Time sees it, "African women carry too heavy a load on their heads and their backs, literally and figuratively." The goal of her new book, "Women's Social and Legal Issues in African Current Affairs: Lifting the Barriers," is "to wake them up, not to feel sorry for them."

Time, a professor of sociology and criminal justice, has taught at Old Dominion University for 20 years. She is a native of Cameroon, a country in central Africa. Time is quick to note that she faced few barriers herself.

"I was blessed to be born to parents who were world travelers and well-educated," she says. "My siblings and I have been able to succeed in ways so many African women cannot even dream about."

Time, for instance, left Cameroon to pursue graduate studies in the United States. She has five degrees.

She has seen mothers unable to send their children to school or, worse, unable to feed them. "I think about this constantly, especially having seen children die needless deaths from illnesses like malaria." Ninety percent of the world's malaria cases occur in Africa.

Girls as young as 12 are sold by their parents to old men in parts of Africa in exchange for money or cattle. "The root cause of these and numerous other despicable issues is poverty," she says. Other hurdles include corruption, natural disasters, water scarcity and backwards laws and customs.

"For decades," Time says, "females have been raised to be nurturing, while getting an education was a priority only for males." About 40 percent of adults in Africa are illiterate - and two-thirds of those are women.

Change "is coming from a number of NGOs (nongovernmental organizations) and female lawyers who specialize in women's and children's issues in Africa....They are committed to teaching women how to become empowered," she says, her voice expressing her joy.

Further progress relies on increasing accountability for aid to Africa ("it should stop when recipients misuse or embezzle funds") and funding more and larger-stocked libraries. Her office at Old Dominion has more volumes than some libraries in Africa.

One hopeful sign: When she left Cameroon in 1985, the country had just one university, and it did not confer doctorates. Now there are dozens, and at least three have Ph.D. programs.

"I will never forget where I came from," she says with a broad smile. "And I have hope."

Judy Baker-Travers '71 lives in Williamsburg, where she writes and paints.

This article appears in the spring issue of Monarch magazine. Read more about Old Dominion's alumni, faculty and students at www.odu.edu/monarchmag