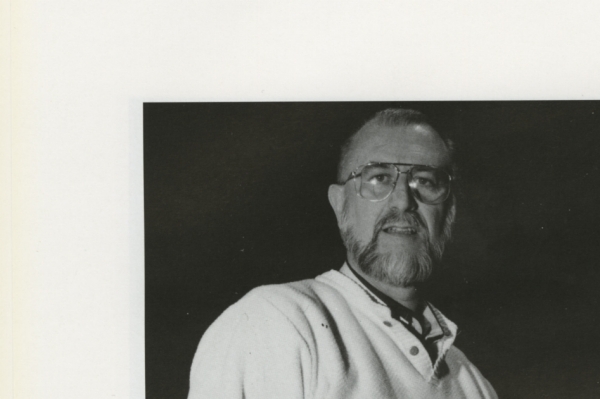 Justin C. Friberg, a retired Old Dominion University geography professor with a passion for investing in his students, died Feb. 2. He was 77.

Friberg spent the last 25 years of his academic career at ODU, retiring in 2007. He taught classes in environmental geography, Latin American geography and hazards in geography at Old Dominion, and before that at Syracuse University, the University of Kentucky and Virginia Tech.

Francis Adams, chair of Old Dominion's Department of Political Science and Geography, said Friberg's dedication to his students was evident, both inside and outside the classroom.

"He led innumerable study abroad trips to the furthest depths of the Costa Rican rainforest and took generations of students to Model Organization of American States conferences in Washington, D.C.," Adams said. "Justin will be fondly remembered as a kind and generous colleague who played a major role in the success of his students and our geography program."

Joshua Behr, research associate professor at ODU's Virginia Modeling, Analysis and Simulation Center and a former colleague in political science and geography, said that although Friberg retired nearly a decade ago, the impression he made on young faculty members was indelible.

"Junior faculty and students alike were put at ease by an affable man with a large, welcoming grin, hiding behind a (famously unkempt) beard," Behr said. "His tenure was a time of change and growth at the University, and he saw change as an opportunity to illustrate for his students the richness of culture."

Friberg's constant was his humanity. "He understood that true education came not only from classroom study but also engagement with - and immersion in - the cultures being studied," Behr said.

Born in Spokane, Washington, Friberg lived around the world while his father served in the U.S. Army. He graduated from high school at the American School in Karachi, Pakistan. During his early college years, Friberg took time off to join his family while his father was stationed in Colombia.

In addition to his passion for teaching and mentoring, Friberg loved Old Dominion. He was a proud supporter of his geography majors, as well as the Lady Monarchs basketball team.

Tom Allen, associate professor of geography at ODU, was a faculty colleague of Friberg's, and was also his student.

"Justin was a gifted and passionate instructor," he said. "Many of his advisees fondly recall his challenging but encouraging field work and study abroad courses. For several years he led study abroad classes to Costa Rica, and many of these students returned with life-changing appreciation for our global environment."

Allen said although Friberg's unique field geography and environmental expertise in Latin America continue to be missed by the department, "his legacy lives on through many former students now in academia and professional geography who model his zest for life."