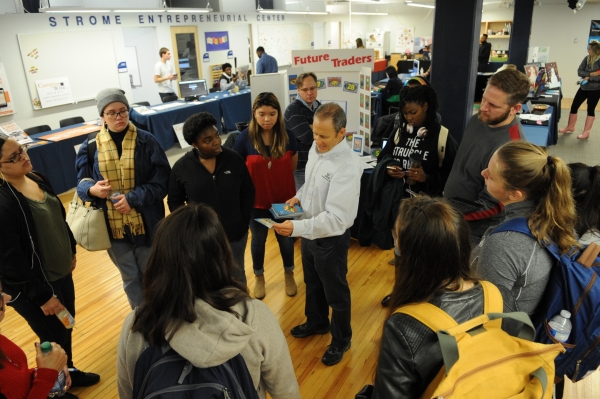 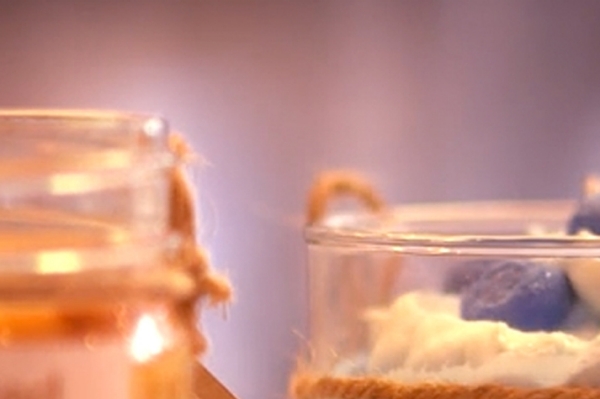 Koby Lomax knew he wanted to be his own boss while still a high school student in Virginia Beach.

Both parents were entrepreneurs, so getting their endorsement to start his own candle-making business, rather than mow lawns or deliver newspapers, wasn't hard. It was persuading them to give Lomax the initial investment that was tough.

"I had to present my idea to my dad like I was on the show 'Shark Tank,'" said Lomax. "He ended up giving me the money I needed to start my company."

He used the money for his business, Wax Magic, throughout high school. When it came time for college, Lomax knew he wanted to attend one that included entrepreneurship.

Though he had full-ride offers from schools including the University of Wisconsin and Hampton University, it was the Strome Entrepreneurial Center that ultimately drew Lomax to Old Dominion. He's currently in his first year at the University pursuing a major in digital marketing and a minor in Spanish.

Lomax was one of nearly 30 representatives at the Center's ODU Company Expo Nov. 9. His candles are also sold in THE Monarch Way, a retail outlet where entrepreneurs connected to the Strome Center market their items.

"I didn't have a plan or a specific market before I came here," said Lomax. "People might give me suggestions, but not advice. At the Strome Center, people give real advice that you can use."

He also cites interactions with other students as a major plus.

"I met a network of peers who are like-minded. They motivate and inspire me," said Lomax. "And I can always find answers to any questions because there are people here who do so many things."

This concept of collaborative learning and inspiration is one Strome Entrepreneurial Center executive director Nancy Grden is familiar with.

"You see that so often here," Grden said. "You may have one person working on a project who's a developer but not a coder. Those two people can often help one another; they don't necessarily have to merge companies to do it."

Student workspace is collaborative, too. One common room houses projects using everything from 3D printers to sewing machines - and the areas are in high demand. There is talk of expansion if space can be found.

"Students get the space for free, and that's extremely important for them," Grden said.

Ranging from specialty cupcakes to physical therapy, businesses at the Expo provided explanations and, in some cases, samples of what they offer. No matter how wide the array of companies, however, one message stayed consistent: All of the entrepreneurs cited the Strome Entrepreneurial Center as an essential ingredient in their success.