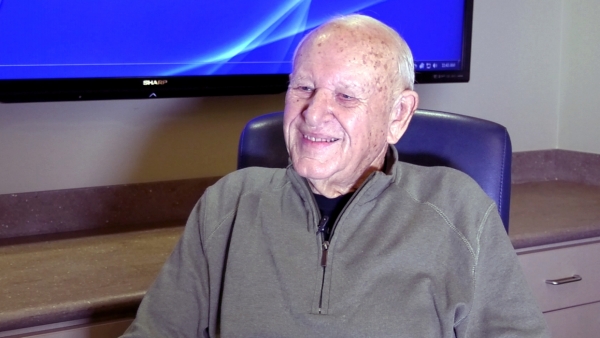 By all accounts, Rocco Lassiter was a born doer. In 1958, after graduating from ODU, which was then the "College of William and Mary, Norfolk," he was off and running even before he knew exactly where his engineering degree would take him.

"In those days, there was no slack; there was no period of saying 'I'll just hang out for a while,'" Lassiter said during a recent interview - his first visit to campus since graduating.

One day after graduating from ODU, the Virginia Beach native was on a troop train headed to Fort Knox, Kentucky. He went on to serve as a U.S. Army intelligence officer for 4 years.

Being drafted in the military was no surprise to Lassiter. As a freshman, he recalls attending classes and socializing with older students who had already served in the Korean War.

"Here I was, a freshman, and these guys had already been shot at, some of them wounded. It's a very sobering place to be. You're surrounded by people that have been through things that you haven't been through. It puts things into a perspective that somehow moves you to want to succeed," he says.

Though he admits having to start at the bottom as a drafter, Lassiter rose quickly as a construction designer, planner and developer and now owns and manages more than 1 billion in assets. He credits his ODU education and connections for his success.

"Of course, a good portion of it are the courses you take, but networking is at least forty percent of your education," he explained. "It's those connections that allow you to use what you've learned to be successful at anything you want to do."

Hear more from Rocco Lassiter himself in this brief video: