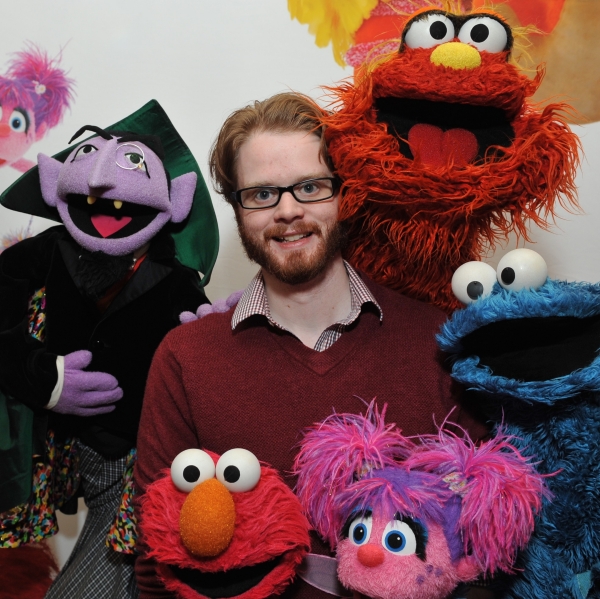 The Television Academy Foundation recently hand-picked 25 professors from colleges and universities nationwide to participate in its annual Faculty Seminar Program. Old Dominion's. Myles McNutt, assistant professor with the Department of Communication & Theatre Arts, was selected for the prestigious program.

The seminar focused on the television industry's ever-changing landscape. With the addition of streaming services such as Netflix and Hulu to the TV realm, producers and writers galore must adapt quickly to their audience's fast-moving and easily distracted attention spans. The seminar's purpose was also to reach into classrooms nationwide, according to the Television Academy website[OBL1] .

Participants in the Nov. 6-10 event received inside access to Hollywood production facilities including studio sets for Warner Bros. shows like "The Big Bang Theory" and "Mom." As a participant, McNutt was also able to sit in on panel discussions with producers from NBC and HBO shows, among others. The Television Academy paid for travel to and from the seminar, as well as lodging upon arrival.

"As the television landscape is changing dramatically, opportunities to pick the brains of those who make TV in an intimate setting like the Faculty Seminar are invaluable," McNutt said, on his return to Norfolk. "I immediately found myself including details from the seminar when teaching my Television and Society class, and I'll be drawing on further insights when teaching both Television and Society and a special topics course on Reality Television in the Spring."

McNutt is a popular instructor for Communications students at ODU, teaching courses such as Television and Society and Introduction to New Media Technologies.

It's fitting that McNutt was selected for the Faculty Seminar Program, as he has been writing television criticism since 2007 for his personal blog "Cultural Learnings." McNutt's commentary has also been featured on "Slate" and appears regularly at "The A.V. Club."

"I see this critical work as a way of extending my research into the space of popular discourse around the medium, allowing me to stay closely connected to the evolving nature of TV in our current era," McNutt said, about being a TV critic.

Aside from providing insight to faculty, the foundation also hosts 50 internships to college students nationwide during an 8-week summer program in Los Angeles. These paid internships provide exposure and hands-on experience to the TV field.

For more information on the Television Academy, please visit https://www.emmys.com/foundation/about to learn more.