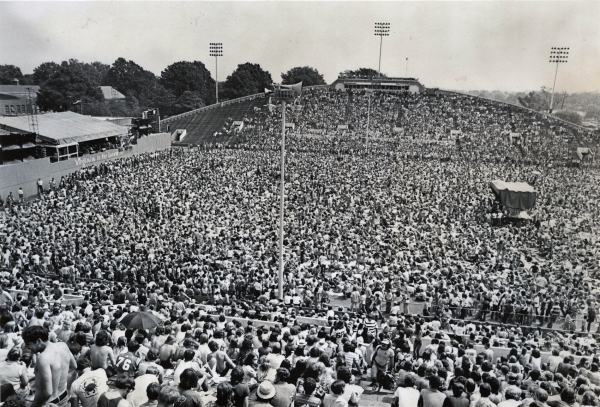 Arcadia Publishing has released a pictorial history book about Old Dominion University featuring 200 photos, many never before seen, from the University's 87-year history.

The book "captures the university's remarkable advancement from its founding, when the only building was a former elementary school, to its current campus, which includes such landmarks as the new Education Building and the Ted Constant Convocation Center," President John R. Broderick said in his foreword.

The book is divided into chapters on such topics as academics and innovation, diversity, presidents, student life, community relations and athletics. It was edited by Steven Bookman, the University archivist, and Jessica Ritchie, head of special collections and University archives.

The book costs $21.99 and is available at the University Village Bookstore: www.shopodu.com

A limited offer from the bookstore will also provide purchasers a free copy of "The Legacy Renewed: Football and Foreman Field," written by Peter Stewart, associate professor emeritus of history, and alumnus Thomas Garrett.