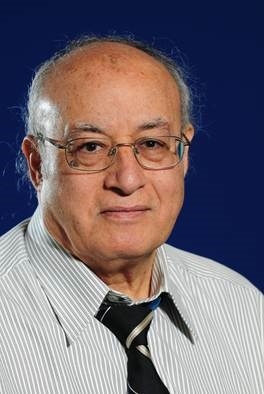 Abdel-Wahab, who started in a faculty role at Old Dominion in 1980, was fondly remembered by his colleagues at the University.

"Hussein had a passion for teaching and always put students' interests in front of his own," said Ravi Mukkamala, acting chair of the Department of Computer Science. "As a father, he often loved to share the accomplishments of his children, who are both physicians. We will miss him."

Abdel-Wahab joined the department at ODU as an associate professor, after having worked as an assistant professor at Rochester Institute of Technology and then at the University of Maryland at Baltimore County. He was promoted to full professor at Old Dominion in 1994.

Kurt Maly, professor and eminent scholar, said Abdel-Wahab was brought to Old Dominion by the founding chair of computer science, Richard Cheng, to be one of the core faculty members of the department.

"Hussein was instrumental in bringing me in from the University of Minnesota as the next chair, and in the next few years was my right hand," Maly said. "Ever since, I could rely on him to have only the well-being of students in mind when making decisions. He also became a wonderful friend who was always there when I needed him. I will miss him."

Abdel-Wahab advised 15 Ph.D. graduates at Old Dominion, and four more as a co-advisor at other institutions. He was a very popular teacher among both undergraduate and graduate students, colleagues say.

"Hussein was my teacher and then, for many years, my colleague," said Irwin Levenstein, an emeritus faculty member in computer science. "He was a kind and passionate man. He was dedicated to, and proud of, his teaching and his family."

Ajay Gupta, director of computing resources in the department, said Abdel-Wahab dedicated his life to teaching computer science. "He was a beloved teacher, who was highly respected by both his colleagues and students alike."

Abdel-Wahab was an adjunct faculty member at the University of North Carolina at Chapel Hill from 1986 to 2004. It was at that time he developed XTV, a system for sharing X Window applications simultaneously among Internet-connected remotely located users. The development of the program was funded by the Office of Naval Research and the National Science Foundation.

He was an expert in communication networks, security and systems. Abdel-Wahab spent countless hours helping graduate and undergraduate students with system-related issues in their courses and projects.

Abdel-Wahab is survived by his wife Zeinab, daughter Nancy and son Omar.

The Department of Computer Science, along with the College of Sciences, will host a memorial for Hussein Abdel-Wahab on Jan. 12, from 12:30 to 1:30 p.m. in the 1st Floor auditorium of the E.V. Williams Engineering and Computational Sciences Building.