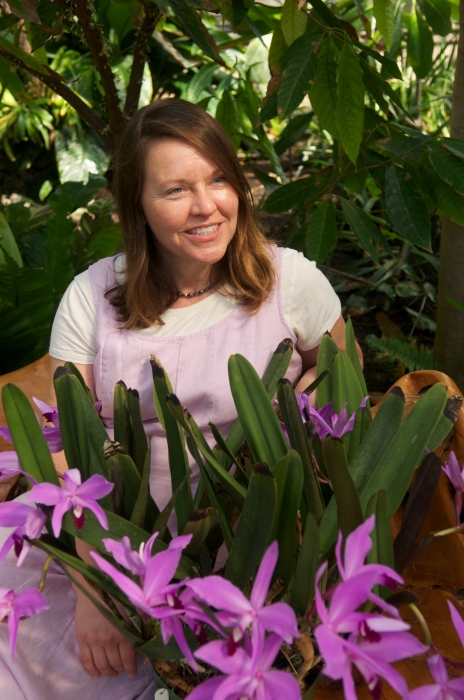 Old Dominion University biologist Lisa Horth will discuss the buzz around her research suggesting Mason bees can help protect the food supply on an upcoming episode of the public radio program "With Good Reason."

Honeybee populations are threatened by Colony Collapse Disorder, an epidemic, thought to be related to pesticides, which can wipe out colonies overnight. Horth's research suggests Mason (or orchard) bees can aid in the important work of pollination of plants if they are introduced along with honeybees.

Horth, associate professor of biological sciences, will appear at 7 a.m. on Sunday, Sept. 18 on the program that is broadcast on WHRV-FM 89.5 in Hampton Roads. The show also airs in different timeslots at more than 50 public radio stations from coast to coast. Broadcast times are posted on the "With Good Reason" website.

Working with the help of a grant from the U.S. Department of Agriculture, Horth placed cocoons of Mason bees - which travel only 100 feet from where they hatch - on six farms in the Pungo section of Virginia Beach.

That helped her track the size of fruit produced in the sections of land worked by both the Mason bees and the honeybees, which can travel as far as five miles from where they hatch. Her research found larger, more attractive berries developed in the fields where Mason bees were added.

Horth will appear on "With Good Reason" with Matthew Hedstrom of the University of Virginia, who is studying the intersection between religion and capitalism with millennial consumers. His research suggests the millennial approach to spirituality is more about choosing and consuming different "religious products" - meditation, prayer, yoga, a belief in heaven - rather than participating in one organized religion.

Produced by the Virginia Foundation for the Humanities in Charlottesville since its inception, "With Good Reason" was added to the broadcast schedules of 25 public radio stations across the country during the past 12 months. A total of 68 stations now carry the show, which can be heard in 30 states and the District of Columbia.

Hosted by Sarah McConnell, "With Good Reason" has twice won the Gabriel Award for Best Documentary/Public Affairs Program. It also is the recipient of top honors from the Virginia Association of Broadcasters and a second-place award in the Public Radio News Directors competition.

Audio files of the full program featuring Horth, along with its companion news feature will be posted the week of the show to the "With Good Reason" website.