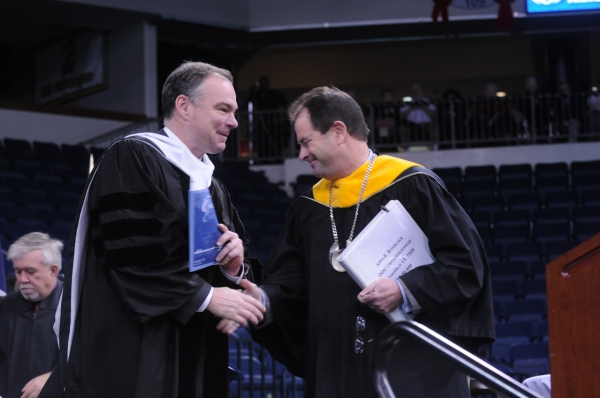 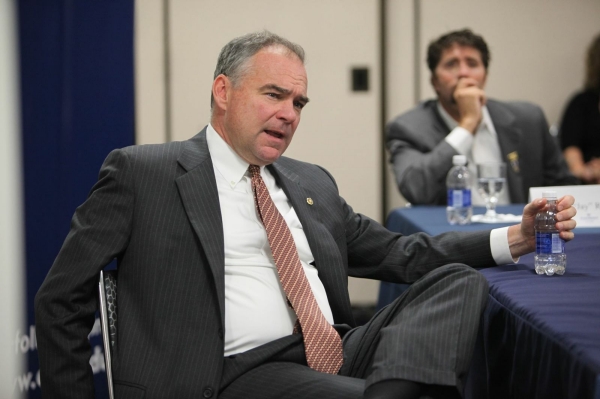 It will be Kaine's first appearance in Hampton Roads since he was nominated as Hillary Clinton's running mate in July.

The event, hosted by the Old Dominion University Democrats and the Democratic Party of Virginia, will begin at 5:45 p.m. Kaine, a former governor of Virginia, will appear with his wife, Anne Holton, Virginia's former secretary of education, in front of Rollins Hall, the University's first building. Sen. Kaine is expected to talk about the differences on issues of national security between Democratic presidential nominee Hillary Clinton and the GOP opponent Donald Trump.

Kaine has a long association with Old Dominion University.

As governor and U.S. senator, Kaine has been a strong supporter of Old Dominion's military affiliated students and their families, hosting conversations about military budget sequestration; health care, jobs and benefits for vets, as well as the threat of sea level rise to military installations. He has also helped advance education and outreach efforts spotlighting Old Dominion's multidisciplinary sea level rise and flooding resilience research. President John R. Broderick made the subject a University-wide priority with the creation of Old Dominion's Climate Change and Sea Level Rise Initiative in 2010.

The Clinton campaign said it chose Old Dominion as the site for Kaine's stop in Hampton Roads because of the University's strong military connection, which stretches back to its beginnings. During World War II, the campus created the Engineering War Training Program, one of the largest military research and training operations on a university campus on the East Coast.

The partnership has continued to be rewarding, with Old Dominion researchers partnering with the U.S. Army, Navy, Air Force, NASA Langley, the NASA Wallops Flight Facility, Jefferson Lab, NATO and the Port of Virginia on groundbreaking work to support the national defense effort.

Army ROTC was established at Old Dominion in September 1969 as part of the Darden School of Education. The program has grown in size and scope, with the establishment in the 1974-75 school year of a military science curriculum that is fully recognized academically by the University.

Naval ROTC Unit Hampton Roads was commissioned in July 1982 and developed an innovative concept known as the "NROTC Consortium." NROTC Hampton Roads became the first unit to offer complete programs at three institutions, Hampton, Norfolk State and Old Dominion. It is now one of the largest Naval ROTC units in the United States.

Old Dominion is committed to easing the transition of veterans and their families into civilian life. The University's Military Connection Center serves as a one-stop shop for the academic and personal support of military-affiliated students. The Hampton Roads Veterans Business Outreach Center, headquartered in Old Dominion's Center for Enterprise Innovation, is designed to provide entrepreneurial development services such as business training, counseling, mentoring and referrals for veterans owning or considering starting a small business.

Nearly 26 percent of Old Dominion's students have a direct connection to the military, either through enlistment, being a veteran or attending school on the GI Bill. For the past five years, Old Dominion has been ranked among the top "military-friendly" schools by the national publication Military Times. Last year, it was ranked No. 22 among four-year colleges and universities as "Best for Vets," the highest ranking of any Virginia university.

ODU's staff will continue to serve students in the offices of Admissions, Financial Aid, Registrar and Student Accounts at Rollins Hall from 8 a.m. to noon and in 2200 Cyber Loft at the Webb Center from noon to 5 p.m. Transcript requests and student account payments made between 12 and 5 p.m. will be available through online services only. Students will continue to be able to reach these offices via email in the afternoon.

Those attending Friday's event should arrive at 3:30 p.m. and limit what they carry to a small bag or purse, the campaign said. Signs and umbrellas will not be allowed. Members of the public interested in attending the event should RSVP here.