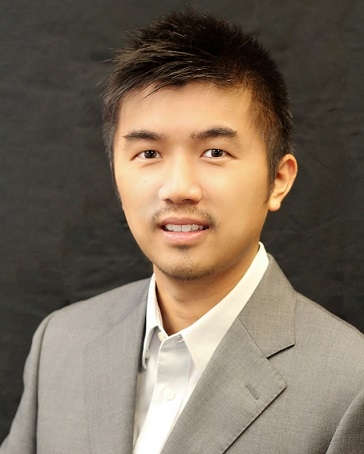 Its containers frequently trundle in and out of the Port of Virginia on trains, or rumble down Hampton Boulevard on trucks past Old Dominion University.

ManWo Ng, assistant professor of information technology and decision sciences in Old Dominion's Strome College of Business, is an expert in maritime logistics and port research. He said ripples from Hanjin's sudden halt in business could be felt throughout the shipping industry, and the retail economy.

"Although the shipping industry has done financially very poorly in recent years, the Aug. 31 bankruptcy announcement still came as a surprise. Ever since, we are learning something new each day about the situation that is continuously evolving," Ng said.

According to news reports, Hanjin's bankruptcy left as much as $14 billion of cargo stranded at sea. The ailing South Korean company is working with ports in the United States and around the world to get its stalled supply chain moving again. Court papers show a total of 13 Hanjin ships still at sea are set to make their next port of call in the U.S.

Ng said shippers in Hampton Roads and around the world are still figuring out how to get their import containers off Hanjin vessels anchored offshore, to prevent them from being seized by creditors. He said even getting the twenty-foot equivalent unit (TEU) containers onto land doesn't completely eliminate issues.

"For those fortunate shippers whose containers have been offloaded from vessels, terminal operators would charge them additional fees that would normally be billed to Hanjin before the container can be retrieved, adding to their transportation cost," Ng said.

The shipping industry has been struggling with low freight rates in the past few years, in part fueled by the excess capacity caused by the introduction of "mega vessels" to cut costs, the researcher said.

"Purely from this supply and demand of vessel space perspective, this latest bankruptcy might actually be a relief for the industry. In fact, the news about Hanjin Shipping's bankruptcy immediately led to hikes in freight rates, with prices in the Trans-Pacific trade lane jumping by as much as about 50 percent," Ng said.

This potentially isn't good news for consumers, however.

"It is interesting to note that all this is happening in the traditional peak shipping season, when retail stores are replenishing their shelves for the holiday shopping season," Ng said. "How will Hanjin's bankruptcy impact us, the consumers? Will shelves be half empty? Will prices be higher? This remains to be seen. It would depend on the specific product you will be shopping for, and more importantly, how the situation will evolve in the coming weeks."

ODU's expertise in port research stretches back decades, in part because of the University's location near a major, deep water port, but also because of the work of ODU faculty researchers. Recognizing this opportunity, University faculty are creating a Consortium for Maritime Research, with a goal of facilitating research in all maritime areas at Old Dominion University and the Hampton Roads region.

In 2011, the International Association of Maritime Economists ranked Old Dominion eighth in the world in port research over the past 30 years - second only to the University of Washington in the Western Hemisphere.