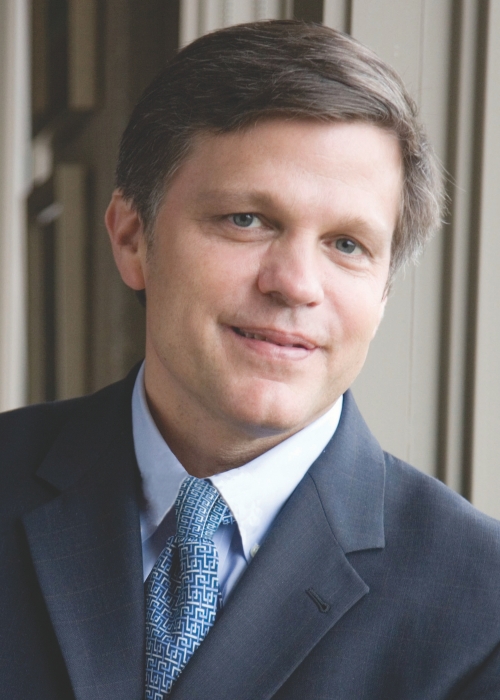 Old Dominion University's President's Lecture Series will kick off the 2016-17 season with a speaker who offers insight and wisdom to put a boisterous presidential election campaign in perspective.

Douglas Brinkley, a professor of history at Rice University and CNN presidential historian, will deliver - "The Evolution of the American Presidency" on Thursday, Sept. 29 at 7:30 p.m. in the North Café of Webb University Center.

Brinkley's appearance will be the keynote event of the University's 39th annual Literary Festival, to be held Sept. 25-29. This year's festival theme is "Strange Bedfellows: Politics and Literature."

"In what I consider the most confusing and frankly scary political election in America in my lifetime, I'm hoping for a historian and a writer like Douglas Brinkley to make some sense of the chaos. Or just maybe to give me some hope that I'm not caught in a novel by Joseph Heller or, worse, by Cormac McCarthy," said Michael Pearson, University professor of creative writing and 2016 Literary Festival co-director.

His most recent book, "The Nixon Tapes," offers a never-before-seen glimpse into the mind of the ex-president.

Brinkley is a contributing editor for Vanity Fair and a frequent contributor to The New York Times, The New Yorker and The Atlantic Monthly. He is also a member of the Theodore Roosevelt Association, the Franklin and Eleanor Roosevelt Institute, the Council on Foreign Relations and the Century Club. In a recent profile, the Chicago Tribune deemed him "America's new past master."

He has offered thoughts about the current, unprecedented election campaign; on topics such as the controversy surrounding the Clinton Foundation; and Republican presidential candiate Donald Trump

Brinkley's insight fits neatly with this year's Literary Festival, which explores how art and politics have intersected during the 2016 presidential election campaign. Festival co-directors Pearson and Katherine Jackson, a senior lecturer of English, have invited writers of poetry, fiction and nonfiction who have attempted to make sense and art out of the tapestry of politics.

Featured speakers include Anthony Swofford, author of the memoir "Jarhead" as well as a novel "Exit A;" Joe Jackson, the author of one novel and six nonfiction books, including "The Thief at the End of the World," one of Time magazine's top 10 books for 2008; Ying Chen, who has published thirteen books of poetry, fiction, and non-fiction, including her most recent book of essays "The Slow Mountains," which received the Gérald-Moreau Award for Francophone Writing; and Azar Nafisi, author of numerous books including "Reading Lolita in Tehran: A Memoir in Books," which has been translated in 32 languages.

Events will be held at Old Dominion's Baron and Ellin Gordon Art Galleries, Chandler Recital Hall of the F. Ludwig Diehn Center for the Performing Arts and the Old Dominion University Virginia Beach Higher Education Center. Events are free and open to the community.

There is free parking in Old Dominion University garages for all events. For more information, contact the Old Dominion English Department at 757-683-3991 or email MFAGPDAssistant@odu.edu.

All President's Lecture Series speakers are free and open to the public. Seating is limited, and guests are encouraged to RSVP at http://odu.imodules.com/DBL16.