Life in Hampton Roads, Part V: Flooding and Sea Level Rise Concern Some, But Not All Local Residents 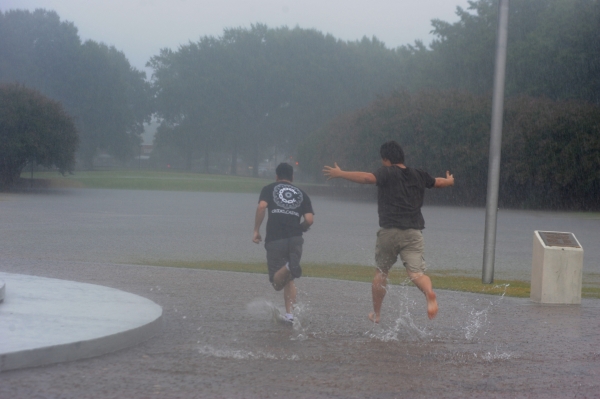 A significant minority of Hampton Roads residents are reluctant to say the problem of recurrent flooding has gotten worse and have been slow to take preventive action, according to Old Dominion University's seventh annual Life in Hampton Roads survey.

Abundant scientific data, from tidal gauge measures to days of nuisance flooding, demonstrates that there has been an increase. However, the respondents' answers may reflect the fact flooding frequently hasn't reached where they live.

"While 48.9 percent of respondents indicated that they think flooding has increased over the past 30 years, 75.7 percent reported that recurrent flooding is not a problem in their particular neighborhood," said Randy Gainey, faculty director of the Social Science Research Center.

Asked how concerned they are with flooding in Hampton Roads, nearly 60 percent reported that they were either very concerned (24.0 percent) or somewhat concerned (35.6 percent). A majority of residents (55.3 percent) also believe sea level rise will negatively affect them in the future. Already, nearly half of residents (47.3) say flooding has affected their ability to get to work or school.

These concerns about sea level rise and flooding, however, have not prompted many residents to take action to protect their properties. Only 35.1 percent of homeowners and renters reported having flood insurance, which may correspond with the finding that only 23.5 percent of residents believe flooding is a problem in their neighborhood.

The LIHR survey includes responses gathered from Hampton Roads residents via landline and cell phone. The report is made up of six sections. Survey sections that have been released can be accessed by clicking the corresponding link.

The Life in Hampton Roads survey receives support from the Old Dominion Office of Research and the College of Arts and Letters. The entire report will be available after Oct. 3 on the Social Science Research Center website.