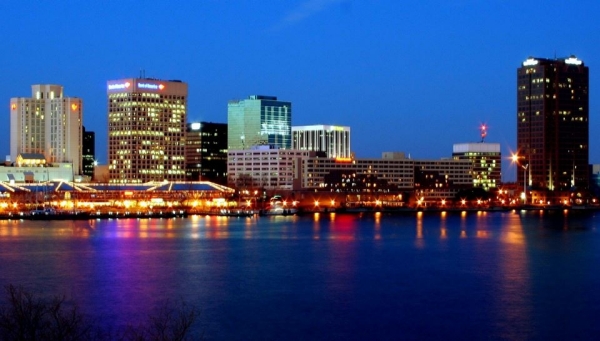 For seven years, researchers in Old Dominion University's Social Science Research Center have used a region-wide survey to gauge community sentiment on a range of issues, including traffic, crime and the quality of public schools.

The findings of this year's annual Life in Hampton Roads (LIHR) survey reflect general satisfaction, but also some discontent. The report is coordinated by Randy Gainey, faculty director, and Tancy Vandecar-Burdin, associate director, of the Social Science Research Center.

"We are very excited about this year's Life in HR survey," Gainey said. "Results from the survey show the vast majority of residents view life in HR as good or excellent.

"The majority of respondents perceive themselves to be healthy and favorably view local public schools, law enforcement and even the economy. Alternatively, some areas of concern require more thought and research. For example, we see considerable variation in these areas across cities and by race of the respondent."

Examples of this variation include sharply negative views of quality of life, public education and police in Portsmouth, compared with other Hampton Roads cities. These satisfaction figures have declined steadily over the seven years of the survey.

In Norfolk, the 2016 survey found nearly twice as many residents expressing positive views about public education in their city as they did the year before.

Other findings of note include an increase in support for light rail expansion, a decrease in average commute time to work or school, and a large number of respondents (45 percent) choosing not to patronize a business in another community because of concern over traffic congestion or tolls.

This year's survey includes responses gathered from 962 Hampton Roads residents via landline and cell phone. The report has six sections, four of which have been released to date. Click on the link to see the news release about each topic.

The entire report will be available after Oct. 3 on the Social Science Research Center website.