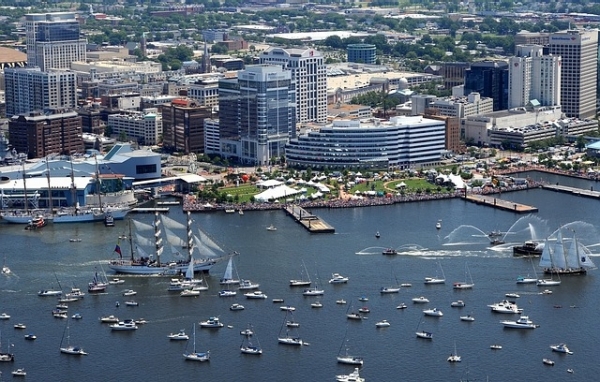 Old Dominion University's seventh annual Life in Hampton Roads (LIHR) survey has found that residents of the region are generally happy with the quality of their lives.

The annual survey, conducted by Old Dominion's Social Science Research Center, shows that more than 70 percent of the roughly 1,000 residents who responded rate the quality of their life as excellent or good. This is consistent with findings since the survey's inception.

But this year's survey, which seeks to determine the attitudes and perceptions of Hampton Roads citizens on a variety of subjects, identified challenges in areas such as crime and transportation.

"Over the last several years, quality of life has remained relatively consistent in Hampton Roads," said Randy Gainey, professor of sociology and criminal justice and faculty director of the Social Science Research Center.

The region's recreational resources, access to the Oceanfront and arts and culture were cited as positive attributes. "Although a few respondents complained about too few such opportunities near them, this was the most commonly given answer to why Hampton Roads was rated favorably," Gainey said.

Survey participants also cited high-quality schools and health care facilities among the strengths of the region.

Among the nearly 30 percent of survey respondents who rated life in Hampton Roads as fair or poor, crime was most commonly cited, followed by transportation issues. "Respondents also indicated that economic issues, such as a higher cost of living, inequality, homelessness and poverty, were negatives," Gainey said.

When broken down by city, sharp differences emerged.

Nearly 90 percent of residents in Virginia Beach and 84 percent in Chesapeake rated their quality of life as excellent or good. These percentages dropped to 70 percent in Suffolk (which was also the regional mean); less than 60 percent in Norfolk and Newport News; a little more than 50 percent in Hampton, and less than 25 percent in Portsmouth.

On financial issues, a little more than half of the respondents rated economic conditions as either excellent or good. This represents a slight decline from 2015, but is higher than in the two previous years, when less than half reported this information.

The LIHR survey is coordinated by Gainey and Tancy Vandecar-Burdin, director and associate director of the Social Science Research Center, respectively. The survey also receives support from the Old Dominion Office of Research and the College of Arts and Letters.

The survey includes responses gathered from 962 Hampton Roads residents via landline and cell phone. The report is made up of six sections, which will be released on the following days: