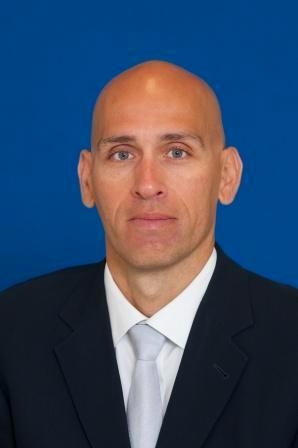 Stephanie G. Adams, who became the seventh dean of the college in July, announced the appointment during her first annual address on Aug. 29. Adams said Landaeta has played an invaluable role in helping focus undergraduate education in the college, improving retention and graduation rates.

"I am excited and humbled to have the opportunity to contribute to the success of the Batten College of Engineering and Technology," said Landaeta, who has been at the University since 2003.

As associate dean for undergraduate programs, Landaeta will be responsible for outreach and recruitment, retention, scholarships and advising.

In her address, Adams said her goal is to increase the incoming standardized test scores and grade point averages of admitted freshman engineering students, which will further increase retention and on-time graduation rates.

Linda Vahala and Shirshak Dhali will continue as associate deans in the College. Dhali, associate dean for research, will be responsible for graduate studies, promotion and tenure, international programs and space. Vahala, associate dean for academic affairs, will oversee curriculum, accreditation, student conduct and academic integrity, and Project Lead the Way.

The American Society for Engineering Management recognized Landaeta with two Meritorious Service Awards in 2006 and 2012. He was elected a fellow of the society in 2014. At Old Dominion, Landaeta received the Shining Star Award in 2010, the Batten College of Engineering and Technology Excellence in Teaching Award in 2008 and the Industry Engagement Award in 2014.

Landaeta was selected as an Entsminger Fellow in 2015, one of a cohort of six faculty members tasked with creating an entrepreneurial culture in the University's academic colleges.