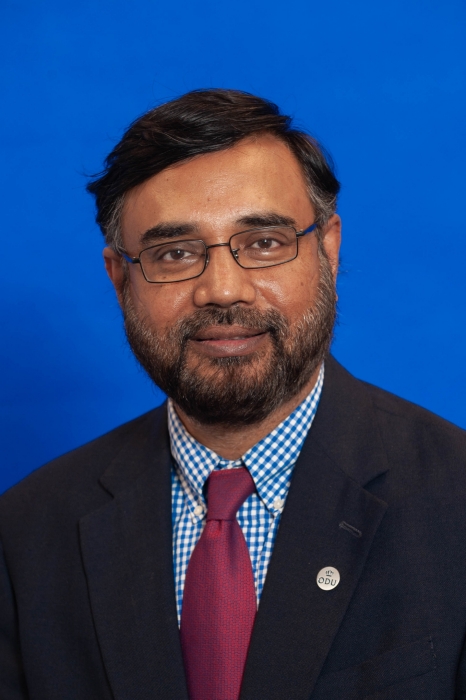 The four-year grant, from the National Institutes of Health's National Institute of Biomedical Imaging, will help researchers develop more accurate ways to model and segment different brain tissues so they can be analyzed for the presence and growth of tumors.

"This research can help with early diagnosis, follow-up and treatment of central nervous system tumors," said Khan Iftekharuddin, professor and chair of Old Dominion's Department of Electrical and Computer Engineering, and principal investigator on the grant.

Collaborating with clinicians and scientists from the University of Pennsylvania, University of Iowa, Children's Hospital of Philadelphia and Brigham and Women's Hospital in Boston, Old Dominion researchers will modify brain segmentation methods to better track brain tumor volume and development.

"Mortality rates related to brain and other central nervous system cancers have not declined in the past 30 to 40 years, despite tremendous advancements in knowledge about the diagnosis, structure and treatment of brain cancer," Iftekharuddin said. "Further progress in early diagnosis and treatment is more likely to be realized through improved computational models for analyzing and segmenting brain tumors."

He added: "This research project aims to fill that specific gap and is expected to help in future precision and personalized medicine for brain tumor patients," he said.

Last fall, a team of student researchers from the Vision Lab placed fourth among 14 teams in a worldwide competition, held in Munich, Germany, as part of the Medical Image Computing and Computer Assisted Interventions conference, using computer vision techniques in brain segmentation.

In 2014, another competition, held in Nagoya, Japan, pitted 11 teams of student researchers from around the world. ODU placed third for brain tumor segmentation.

The ODU team was led by Syed Reza, a Ph.D. student in electrical and computer engineering, whose research interest includes medical image processing focusing on automatic segmentation of brain tumors.

Researchers at the Vision Lab, formally known as the Machine Vision and Computational Intelligence Laboratory, focus on developing new algorithms and architectures for real-time applications in the areas of signal processing, image processing, computer vision, pattern recognition and biologically inspired object recognition. The lab has also won grants and contracts from agencies such as the National Science Foundation, U.S. Department of Transportation and NASA.

Besides the grant-funded project, the team is working with researchers at Eastern Virginia Medical School to use machine vision technology for early detection of autism; conducting exhaust particle tracking in the atmosphere, and engaging in research to use brain-computer interfaces to control and move robot technologies.

Last November, Iftekharuddin was appointed to a three-year term as associate editor of the journal IEEE Transactions on Image Processing, one of the world's leading journals in image processing engineering.