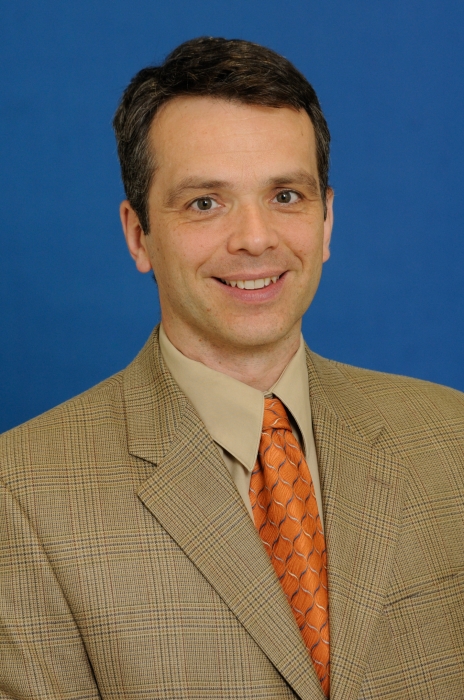 Old Dominion University is continuing to boost its reputation as a center of solar energy research, as the worldwide hunt continues for affordable, renewable energy sources.

Led by Sylvain Marsillac, professor of electrical and computer engineering in the Frank Batten College of Engineering and Technology, faculty and students are winning photovoltaic (PV) research grants, publishing studies and presenting at academic conferences.

The field is evolving rapidly worldwide, with solar cell production increasing by as much as 30 percent per year. "It's exciting," Marsillac said, about his field of research. "Scientific discoveries are always exciting; it's why we do this work as scientists. This work has the added benefit of helping us try to save the world."

Marsillac recently returned from the 43rd IEEE Photovoltaic Specialists Conference in Portland, Oregon, where he served as area chair for the thin film solar cells division. One of Marsillac's graduate students, Grace Rajan, was awarded best poster for her session while another, Shankar Karki, was nominated for best oral presentation.

In total, 12 of Marsillac's students have gone on to graduate work at prestigious institutions like Ohio State University, and have taken internships and professional positions in federal agencies and leading microelectronic companies like Micron or Intel.

"The reputation of Old Dominion University in this area is getting stronger every year. I'm very happy with that," Marsillac said.

Since arriving in Norfolk, in 2011, Marsillac has received federal grants totaling more than $10 million, from top funding agencies such as the National Science Foundation and the U.S. Department of Energy.

Marsillac is the director of Old Dominion's Virginia Institute of Photovoltaics, which has as its mission researching and developing the science and engineering of solar cells and bringing them from the laboratory to industry. Research interests of the lab span the spectrum of photovoltaics, from fundamental science and engineering being performed at the nanoscale, to full system installation and testing.

Just this year, Marsillac has been part of two Department of Energy grants totaling more than $1 million each, and is part of a $340,000 grant funded by the Office of Naval Research. Collaborations with other Old Dominion faculty researchers have resulted in projects such as the "test bed" for photovoltaic concepts on the roof of Kaufman Hall, a Dominion Power-funded project which allows ODU researchers to test PV concepts on a small scale in an effort to enhance efficiency and reliability.

"In my field, thin film solar cells, we are number three in the nation," Marsillac said. "By sending our students who are successful to highly ranked schools and into industry positions, it will only increase the University's visibility and help us grow further."