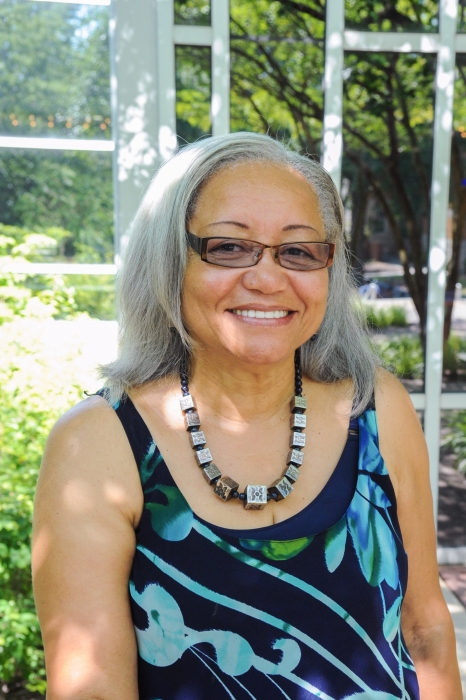 The Old Dominion University campus was a very different place 37 years ago, when Lenora Thompson came to work in what is now the Office of Counseling Services.

"It was not a campus that was inviting at all," Thompson said, describing mud puddles and portable trailers. "It was the type of place that people came to in spite of how it looked."

Thompson, however, felt an immediate bond with the young university. That was because of the people in every department, who forged bonds in the shared struggle to help Old Dominion grow.

"You had a real working relationship with people. If you needed assistance, you knew who you needed to talk to. You knew where their office was and could just go and ask them," said Thompson, who is retiring on September 1.

The campus has changed dramatically, and so has the work that Thompson does as senior executive director emerita of Counseling Services. But her kinship remains with her Old Dominion colleagues.

"A lot of the friendships I formed 37 years ago I still have today," she said. "I can't say enough about the people and students I have been able to come in contact with, doing what I do."

Over time, Thompson has seen a change in the types of issues that student seek to address.

Many of the problems that students dealt with in the 1970s and early 1980s, causing them to seek counseling, are now mitigated through better access to mental health care and medications. As a result, the students who visit the counseling center today are frequently wrestling with far more challenging issues. "You're seeing a lot more complexity in mental health concerns," she said.

But the complex array of problems that today's students face have made Thompson a believer in their future. "When you see the resilience of our students, it's inspiring," she said.

One of those former students is Lisa Jeffress, who came to Counseling Services as a student worker when she was a freshman in 1982.

"The campus was much smaller than it is now, with an even smaller population of African-American students. We were a close-knit group, and we were strongly supported by leaders like Dr. Lenora Thompson," she said.

More than 30 years later, Jeffress is now the office manager for Counseling Services.

"Dr. Thompson has worn many hats, especially with me. She's been a big sister, confidante, personal adviser and an adviser for the University's Ebony Impact Gospel Choir, a mentor, and she became my immediate supervisor," she said.

Thompson was hired to provide counseling services to the University's African-American student population, because the campus was far less integrated at the time. There was hope for a more unified future, however, because of the efforts of then-President Alfred Rollins.

"President Broderick has really carried on the legacy of Al Rollins. He has been great for the University," she said.

After she retires, Thompson will pursue projects in counseling around end-of-life issues. She also plans her fourth extended trip to Africa.

"The thing I will not miss is my phone ringing at 2, 3 or 4 in the morning for the mental health crisis of a student," she said. "I won't miss the budget process, either."

Jeffress said it's been an honor and a privilege to get to know her boss, and that bond will continue.

"She has watched many colleagues come and go, watched many students become adults (including me). Now it is time for her to enjoy the fruits of her labor, where she can kick back, relax and travel to her heart's content."