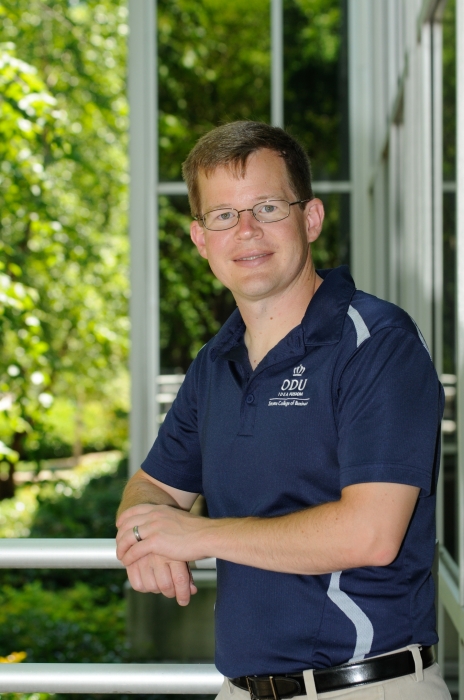 An estimated one in four Americans are now inked with tattoos. Existing studies examined the perception of tattoos in the workplace, with many suggesting the mainstreaming acceptance of body art could actually make it a positive in dealing with clients who also have tattoos.

But new research by Old Dominion University's Strome College of Business suggests that may not be the case.

In a series of studies led by Aaron Arndt, associate professor of marketing in the Strome College, the similarity-attraction effect - cited by scholars as a potential benefit to body modifications - was almost entirely absent.

"This idea that I have a tattoo and you have a tattoo and therefore I'll make a connection with you as a customer - we find that it very rarely holds," Arndt said of the research that could act as a cautionary warning to those considering prominently-displayed tattoos.

Only in instances where body modifications with a very specific context were matched with customers with similar tattoos did the researchers find a modest, positive benefit. "Most of the time, people didn't care at all," Arndt said.

This could be seen as positive news for tattoo-wearing employment seekers, that their body art won't be a deterrent to customers.

"The thinking is that as long as everyone has tattoos, no one has tattoos. However context is important," Arndt said. Using the example of a bank, he said that the similarity-attraction effect could apply in a customer interaction, but so could the opposite phenomenon - the dissimilarity-repulsion effect.

Given that only a quarter, or fewer, Americans currently sport tattoos, "if you work at a bank, it would be advisable not to have a visible tattoo," he said.

The studies, co-authored by Myron Glassman, professor of marketing; and Kiran Karande, associate dean of the Strome College, were recently published in the Journal of Retailing and Consumer Services as a single manuscript: "How context interferes with similarity-attraction between customers and service providers."

Similarity-attraction has been utilized as a variable in a wide range of marketing research. Marketing research has even demonstrated that trivial connections such as a shared birthday can elicit the Similarity-Attraction Effect.

For tattoos, it does not appear to exist.

"When we started this research, I was absolutely certain that tattoos would evoke the similarity-attraction effect," Arndt said. "In fact, people with tattoos were surprisingly critical of other people's tattoos. They would say the design was too cliché or the location was wrong, or something else negative. We were baffled."

It was only under a complicated set of conditions that the researchers found similarity-attraction to exist, with their experiments that included both tattoos and beards as body modifications. For example, tattoos can be a positive on dentists with some clients, but not service mechanics (where body art is more prevalent and expected), but only if a dentist had a single distinguishing characteristic.

For employers and potential salespeople, particularly those with tattoos, these findings need to be considered, Arndt said.

"Salespeople are often taught to find resemblance with customers. But trying to exploit a tattoo would only work under a narrow set of conditions," he continued. "It is more likely to fail than succeed."