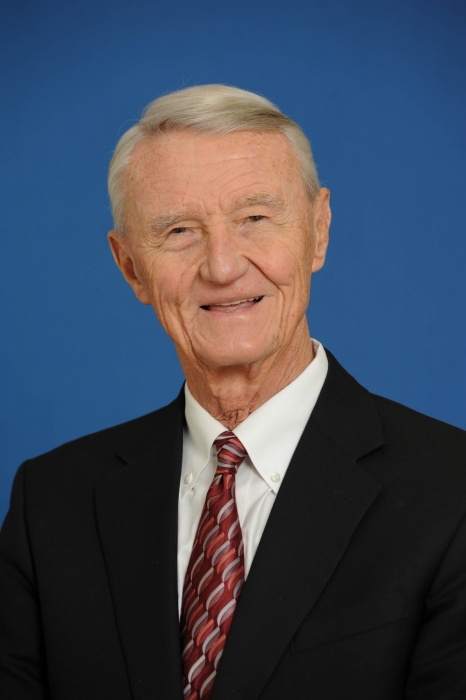 David Basco, who retired as professor of civil engineering and director of the University's Coastal Engineering Center in 2014, recently received the 2016 International Coastal Engineering Award from the Coast, Oceans, Ports and Rivers Institute of the American Society of Civil Engineers.

In particular, Basco was singled out for his leadership in engineering education. Basco created an online coastal engineering certificate and graduate program, something which the committee noted in selecting him for the award.

The award is scheduled be presented at the International Conference on Coastal Engineering in Istanbul, Turkey, in July.

In "Built from the Ground Up," a history of Old Dominion's Frank Batten College of Engineering and Technology, published in 2013, Basco talked about the challenge and opportunity of creating some of the first engineering programming offered online in the United States.

"The student can work full time wherever they live, can take these classes online, in real time or asynchronous," Basco said. "And the companies love it because it's such an economical way to train their workforce, and the supervisors get immediate feedback about how their employees are doing."

In 2012, Basco was appointed a member of the Coastal Engineering Research Board (CERB) for the U.S. Army, Corps of Engineers. The CERB functions as an advisory board to the chief of engineers.

In 2014, as part of a four-event seminar series sponsored by the Department of Civil and Environmental Engineering, Basco spoke about how sea level rise has affected education, research and service in coastal engineering.

Created in 2000, the Coasts, Oceans, Ports, and Rivers Institute (COPRI) is a semi-autonomous institute of the American Society of Civil Engineers (ASCE), the country's oldest national engineering society. COPRI's services are designed to complement ASCE's traditional civil engineering base, and attract non-engineering allied professionals who seek to enhance their professional and technical development.