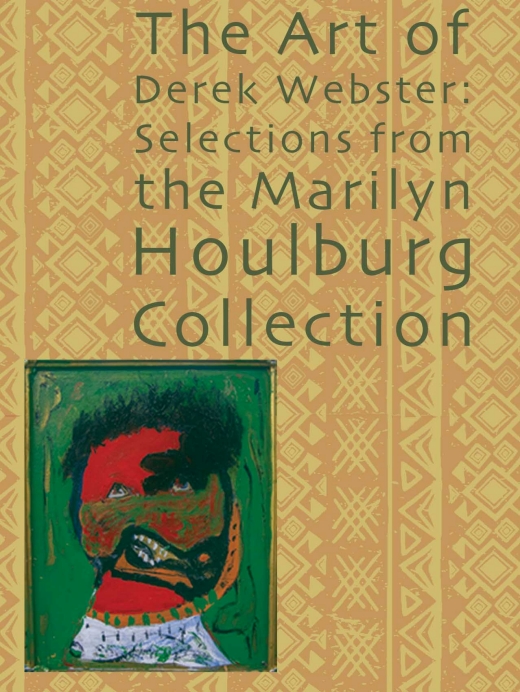 "The Art of Derek Webster: Selections from the Marilyn Houlburg Collection" will be on view at the Baron and Ellin Gordon Art Galleries at Old Dominion University through September 23.

The late Derek Webster (1934-2009) was one of Chicago's most prolific and celebrated African American self-taught artists. His ideas started simply as West Indies-inspired yard decorations, but that quickly turned into attention grabbing art.

Webster's creations resemble masquerade and human figures from Jankunu Carnivals, which are rooted in Africa and Belize's experience as British colonies. This festival can be traced to the 16th and 17th centuries when dancers wore white or pink masks, believed to have been a way to mock British slave masters.

The self-taught artist grew up in a culture where he was expected to conform to a "westernized" way of living and not acknowledge his African and Central American heritage. As an artist, Webster did not identify his creations as "African," but rather "spiritual figures."

"It [his African/Central American heritage] was seen as a non-culture, but he was experiencing his folk culture and what he grown up with," said Ramona Austin, senior curator of the Barron and Ellin Gordon Art Galleries.

Webster's art depicts what he saw during his youth in Honduras and Belize where he was born and raised. However, at that time, he was unconscious of the rich vibrant culture and its mixture of Caribbean and African influences.

"His culture was suppressed; in school students were taught not to display their culture, but now that has flipped and it's celebrated," Austin said.

For more background on Webster and his art, visit the Daily Press website to view their exhibit coverage.

Old Dominion spotlights the arts by featuring local, regional and national artists like Derek Webster at various venues in the Arts in the Village district on campus.

The Baron and Ellin Gordon Art Galleries are located at 4509 Monarch Way, in the University Village. Gallery hours are Tuesday through Saturday, 11 p.m. - 5 p.m. Parking is available in the 45th Street Garage.