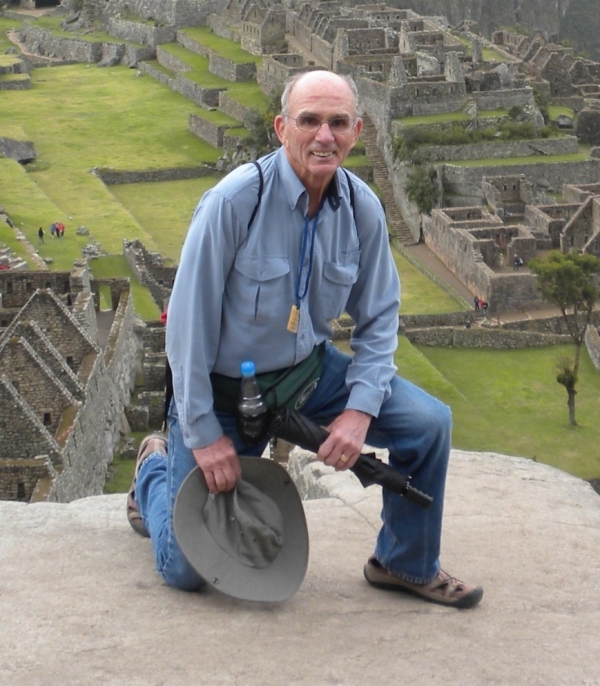 Mel Williams, eminent professor emeritus of exercise science at Old Dominion University, a world-renowned researcher of athletes and an elite distance runner who helped create the local running community, has died in Norfolk. He was 78.

Williams touched many in the Old Dominion community as a mentor, scholar and endurance athlete.

"He was an inspirational faculty member for thousands of Old Dominion University students, and a world-renowned scholar," said Old Dominion President John R. Broderick. "He was also an incredible athlete and, most importantly, a terrific human being. I will miss him."

Born in 1937 in Kingston, Pa., Williams dedicated his career to the study of ergogenics, or sports performance enhancement. Shaped by experiences such as trying to gain weight to play football and lose weight to wrestle competitively, Williams was constantly curious about the steps athletes took to improve their results.

Williams was a military medic and paratrooper who later studied physical education at East Stroudsburg University in Pennsylvania. Williams played football there, and in 1961 when a teammate collapsed after a game because of an overdose of amphetamines, he was hooked on the budding field of ergogenics.

After earning his master's in physical education at Ohio University in Athens, Williams coached football and wrestling at the high school level in Reading, Pa. His desire to coach college-level athletics motivated him to earn his Ph.D. from the University of Maryland in 1968.

Soon Williams was researching the effects of other ergogenics, such as caffeine and blood doping, on athletic performance. In the decades since, Williams explored everything from skin-tight swimwear to the effects of hypnosis.

After arriving at Old Dominion in 1968, Williams founded both the Human Performance Laboratory and the Wellness Institute. He served as Old Dominion University cross country coach, and NCAA faculty representative for ODU Athletics. Williams retired in 1997, but stayed active speaking about human performance issues and, of course, running competitively.

Lynn Ridinger, chair of the Department of Human Movement Sciences, where Williams worked for many years, said he made a tremendous impact on the department, the University, his academic discipline and the region's runners.

"Mel was a world-renowned scholar, a record-holding distance runner and a friend to many. He was a wonderful person who will be missed," Ridinger said.

Until being forced to stop recently, Williams was one of only four men to have competed in every Marine Corps Marathon in Washington, D.C., and Northern Virginia. He won his age group in the Boston Marathon at ages 51, 60 and 61. Local runners affectionately called him "The Legend."

"He was also an amazing runner who was responsible for creating much of the running community in this area as we know it," said Eddie Hill, assistant professor of park, recreation and tourism at Old Dominion.

Through his published research, Williams became known worldwide for his expertise on the effects of drugs on athletic performance, nutrition for fitness and sport, and ergogenics. He was the founding editor, in 1991, of the International Journal of Sports Nutrition, the first professional periodical of its kind, and he served on the board of the American College of Sports Medicine.

Williams is survived by his wife, Jeanne Kruger-Williams, who received a doctorate in education from Old Dominion in 1980. She also is an accomplished distance runner who has won her age group at the New York City Marathon and placed second in Boston.